I want to love Kix because I love good writing. I assume you affect giving a shit about the million indie-rock bores you stan for because Proust wrote some shit about them. Kix, whose first new album in 19 years, Rock Your Face Off, just came out, is like that for me, but my Proust is Chuck Eddy.

I discovered Eddy, who used to edit the music section of the Village Voice and is an all-around rad music critic, as a knee-high-to-a-grasshopper young skate-rat dressed in, as was the style of the time, size-42 Dickies, perusing the Barnes and Noble punk aisle at the Berkshire Mall. My mohawk was appalling; fluffy and thick like a particularly fat rabbit pelt. I didn’t have many friends, not because I was different, but because I had bad breath and an annoying personality. Anyway, I spent time at the mall because it was walking distance from my house and spent time in the bookstore because I had no quarters for the arcade. There I found Eddy’s Stairway to Hell: The 500 Best Heavy Metal Albums in the Universe on the bookshelf, and I began the journey of a thousand steps that led to the serviceably rad dude I am today. Not annoying at all. Clearly. Breath depends on how much water I drink.

Stairway to Hell — a collection of cruel slights against Minor Threat and critical reassessments of Teena Marie so ridiculous they turned out to be true — listed multiple Kix albums in its pantheon of the greatest metal achievements of all time. Even back then, Kix, Maryland’s pride and joy, was considered a third-tier hair-metal band. As Stereogum writer Tom Breihan noted in his own (excellent and worth reading) appreciation of the band and their new album, they were the band that peaked at opening for Ratt. Even the metal kids on my school bus who sat in the back and who, depending entirely on their mood, either tortured me or compromised that Mudhoney was “OK except for the singer,” — they didn’t listen to Kix. They already had AC/DC. Kix was the band that true metal weirdoes listened to, the ones who didn’t get the memo about Metallica. But Eddy swore by them. And because of his humor, his erudition, his free flowing and exuberant use of language, I loved Chuck Eddy.

So… I tried to love Kix. For years. Now, let’s be clear, I liked them immediately. They are, have been, and probably always will be, impossible to dislike. Hating them is like hating a working-class underdog bubblegum factory; the province of jerks. But I never loved Bay City Rollers and I never loved Guns N’ Roses and of course I loved AC/DC but, like the back of the bus bad boys, I already had a ton of AC/DC albums so Kix singer Steve Whiteman’s big-balls yawp wasn’t, you know, mandatory. The closest I ever came to actual fandom was Kix’s 1983 album Cool Kids. There are songs on that one, especially the title track and the honestly very strange “Body Talk,” that I have unbridled adoration for, but gun to my head; I couldn’t really sing anything else off it. And not just because I don’t share Whiteman’s pipes.

Oh, and just to get this out of the way, I don’t like things ironically or believe in, ugh, “guilty pleasures.” I un-ironically liked Kix and was deeply interested in un-ironically loving Kix. Some people train to compete in the Olympics or engage in mnemonic exercises to fulfill their life’s dream of being a Saul Bellow short story; I listened to Blow My Fuse (1988) a lot so that I could better enjoy Kix. To each their own.

So I was excited when I heard that there was a new Kix album. I wrote their label repeatedly asking for a promo copy. Perhaps sensing my failure to measure up as a true Kix fan, they ignored my emails. So I bought the album. The Talkhouse says they’ll reimburse me, but I don’t even care. I’ve already gotten my money’s worth. I still really, really like Kix.

Listening to music you’re emotionally invested in loving is no day at the water-park. I don’t envy those who’ve devoted years to talking up Zola Jesus, only to have the paint-by-numbers Chicken Soup For the Soul Of Dummies Katy Perry “Fireworks” rip-off, “Dangerous Days,” come out. Critical spines visibly cracked while contorting themselves to justify that goofiness. And, lest I seem to be picking on Zola, it also can’t be easy to pretend to be excited about yet another Joe Jackson-but-interminable slog of a new Spoon album. But people do pretend, they lie to themselves and great god above, and say, “I like this. This is good,” while their teeth grind into ash. Because for years they loved this thing, this art, and what we love is so close to our identity that to deny it, even when it sucks, amounts to denying our own past.

But this is nonsense, of course. This shit ain’t a straight line. Motherfuckers slip up. Both Spoon and Zola Jesus are fully capable of making great art again. And god forbid I might write something bad in, like, the foreseeable future. (Ha-ha. JK.) But if I did… it would be indicative of nothing other than that I wrote some horseshit, and better luck next time, Zack-o.

I digress. Sorry, Kix. The new Kix album, which, let’s say it again, is amazingly titled Rock Your Face Off, is good. It’s not great. Most of the songs, objectively speaking, are better than most songs written in the history of time, but there’s also definitely some filler. To me, most of the songs are exactly 60 seconds too long, because Kix like “rock” more than “punk,” but that’s their prerogative. “Dirty Girls” is great partially on account of lifting, without apology, the opening of my favorite AC/DC song “What’s Next to the Moon,” but “You’re Gone” is my favorite, and the sweetness of that song is entirely Kix’s (or if not, I can’t tell where it’s from. Whatever.), and it is perfect.

The shadow of AC/DC looms large over Kix. But no more so than the Raspberries’. So the end result, given some rougher production, and if the lyrics weren’t so much of the hair-metal, single-entendre type, wouldn’t be entirely out of place on the slower end of the Dirtnap/Burger/Hozac Records power-pop spectrum.

But, ah, the lyrics. I mean, they certainly fit. And in 2014, lyrics like those to “Love Me with Your Top Down” are so innocuous that they might as well be about making out with a literal convertible. Actually, the song is way less offensive than a paean to mechaniphillia would be. Also, while we’re being generous to the horny uncles of Kix, there’s something forward-thinking about the female objects of lust in new Kix songs being, at least implicitly, women not just in their twenties. There’s at least one mention of a 35-year-old, and you get the feeling that the love interest in the power ballad, “Inside Outside Inn” is, shudder, probably age appropriate. Damn, Kix, those Heavens to Betsy tapes you existed on the same continent as really rubbed off.

No, not that kind of “rubbed off.” Never mind, Kix.

In Breihan’s review of Rock Your Face Off, the comments are, as you’d expect, awful. Condescending, ahistorical, and convinced that Mr. Breihan is “trolling.” Because if you like something that isn’t part of the indie rock canon of utterly indistinguishable upper-middle class guitar place-holding, then you must be trying to push buttons. Like enjoying Spoon or Vampire Weekend is the default measure of good taste. World, you are the absolute fucking dumbest. No, with Rock Your Face Off, I failed at loving Kix once again. But if there are sides or lines of division between the Kix fans and Spoon fans of the world — and, duh, there are — I know which side I’d rather hang with at the back of the bus.

Kix is a party rock & roll band. They never miss an opportunity to remind the listener of this. They love to rock & roll to such a degree that sometimes I think they must be talking about something else. So I should end on a positive note rather than continue my endless spite- and jealousy-fueled jeremiad against indie culture. Indie culture is fine. Apple employs a lot of people and an entire rock subset based on moving its product is good for the global economy. Kix may represent economies that have left America behind (forget the auto industry, even Budweiser is now owned by Belgium’s InBev), but they also represent a goofy innocence, even with their incessant pleas for dirty and dirtier and so on girls. Sometimes you don’t want to listen to Springsteen or Gaslight Anthem songs about that rock & roll music on the radio. Sometimes you just want to listen to the ephemeral, fleeting and, yeah, maybe seriously silly rock & roll music on the radio. Even if it’s not on the radio now, and even if it was only ever radio-ready in the fever dreams of certain oddball critics and pimply teens, Kix make radio rock & roll. Almost popular. Almost loved. If I were inclined towards pompous final lines in music criticism… something something — what America is really about. 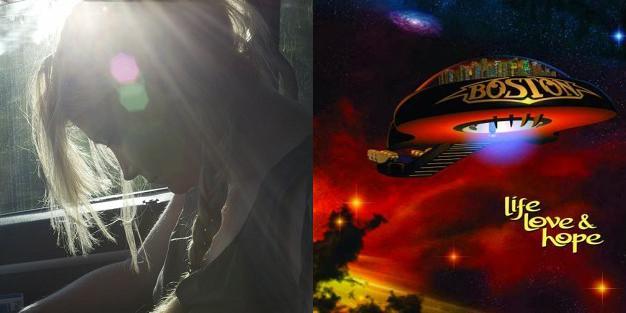