At the end of The Strange Little Cat, a man slaughters his entire family — while an unblinking feline looks on — then packages their remains in plastic which he sends, by spaceship, back to the planet from which he came. Don’t freak out, that’s not actually how the movie ends at all. But if you did watch it with such an ending in mind, you might see clues and nuances throughout to support that grisly conclusion. That is because the characters in The Strange Little Cat remain as mysterious and intriguing as those in real life, which is to say they are like characters seldom seen in movies.

Writer-director Ramon Zürcher’s film takes place over the course of one day in a Berlin apartment in which family members come to visit, run errands, prepare a meal, eat and leave. Your first impression may be that the camera never moves from a static spot in the kitchen, from where it eavesdrops on a formless mass of real life in real time. That is an illusion, however; this is a tightly constructed story with dramatic structure, character development, interludes and a sense of space. I was unfamiliar with the German actors, and until I looked them up I wondered if they were actors at all, as natural as they are. It’s a fine ensemble performance.

For me, multiple viewings were not only increasingly pleasurable, but rewarding, like listening to a piece of music whose immediate hook is eventually dominated by its subtle complexity. The initial viewing is one of wonder, as one gets to know these odd people surprisingly well in a short time. Then there is the action, which contrasts with any expectations based on movie conventions. As the tension built near the end of the dinner scene, I was thinking that this is where someone will crush a glass in their hand, or release a tirade of anger, or reveal a deeply hidden secret horror. But no. There may well be deep secrets, but they stay buried, probably forever.

The occasion of a family get-together brings 10 people into intricately orchestrated choreography. Once I lived across the street from a bar and fixed my Hi8 camcorder on it, which gave me hours of images of human physical action, a natural dance of coming and going, smoking, talking, flirting and the negotiation of personal space. That there is something resembling that in this movie is an amazing feat. It doesn’t resemble the economical way people act in movies at all, but the real-life way people flitter about mindlessly, to the cupboard, to the refrigerator, back to the cupboard, back to the refrigerator, like moths.

Likewise with the dialogue, and the way much of it occurs off-screen — and the reactions to dialogue, or lack of reaction — that is so natural but unnoticed in everyday life. People speak in cyphers, secret references and inside jokes, and when asked to clarify, ignore the request. The youngest girl, Clara (Mia Kasalo), with her curiosity and presence, is at the center of all this, but she is constantly being hushed and scolded. It’s not that she isn’t loved, but her insistence on being the center of attention (she likes to harmonize with kitchen appliances) gets to be a little much for her family.

At first it appears to be all about the women: Clara and her older sister Karin (Anjorka Strechel), who is home visiting, and who seems to be an epicenter of sexual tension because of her age and effortless magnetism. The mother of the girls (Jenny Schily) is the center of the household, the center of the film, and also its most enigmatic figure. I don’t know if I’ve ever seen a performance in which using so little — mostly silent, emotionless stares — encapsulates so much pain, humor, sadness and anger, all the infinite degrees of a complex personality. We see deeper and deeper into her character but she remains a mystery.

It is hard not to think of these three portraits as versions of the same person over time, from birth to death, finally completed by a fourth, the rarely seen but monolithic presence of the grandmother (Monika Hetterle). She is constantly referred to (“Who is picking up Grandma?” and “Quiet, Grandma is sleeping…”), but seldom seen. Then later, in an appearance that lasts exactly 10 seconds, we see her, awake from her nap, standing in a doorway observing the activity in the kitchen — her face saying what it might take a novel 100 pages to convey — unnoticed, unneeded, as she returns to bed for another nap.

Then there’s the cat, of course, and she’s strange, but no more so than any cat, all cats, and the whole idea of animals living with people. And there is a dog, as strange as the cat. The cat likes to sit next to a sleeping human and purr, and the dog growls at the purring. No one will play fetch with the dog and his orange ball anymore, because he won’t quit. The cat keeps being shooed off the table, not seeming to mind, and she’s always just behind someone, a passive but ever-present observer.

The men almost seem nonexistent compared to the woman. The first errand of the day for the father (Matthias Dittmer) is to pick up a BP monitor — which is referred to more often than he is — which he then wears for the remainder of the movie, periodically reciting blood pressure readings for Clara to write down. The uncle (Armin Marewski) comes by before dinner to fix the washing machine, one of many household objects that are recurring focuses of attention. And then there is his son, Jonas (Leon Alan Beiersdorf), who is probably the oddest of them all. He often looks shell-shocked as he stares at the proceedings, always asking questions — “Is the cat allowed there?” “Is the dog allowed there?” — which only seem to annoy the family members. As I’m increasingly intrigued by his strange presence, it comes to me: he is the strange little cat.

We watch Clara and Jonas play an entire game of Connect Four, which seems an amazing spectacle in a film this economical. No one is playing video games. There are no smartphones, and only once does anyone answer a phone. They do not have laptops or computers, nor is there any reference to Wi-Fi or the Internet. There is no TV. The only cultural references are the mother’s story about going to a movie but not being able to concentrate on it, and dinner guest Hanna (who brings a cello but does not play) talking about not being able to concentrate on a book she is reading. But there is the washing machine, which the camera observes for an inappropriately long time, and a bottle that spins by itself, a bag that ascends past the window on a string, and a sausage that squirts juice when cut into.

It’s then that I think about how all this captures the confusing, mysterious, magical, disturbing world of my own childhood, and how much I relate to the boy Jonas as he looks on, knowing that he’s loved, but feeling merely tolerated. How I would look on in wonder, taking it all in, then realize much later in life that I got it all wrong. But it was better that way. Then I realize that Jonas is a stand-in not just for me but for the filmmaker. Yes, it’s Ramon Zürcher who is the strange little cat, and you’re invited into the fascinating labyrinth that is his brain.

What you discover there depends in part on what you bring to the party, and in that way it will be different for everyone. One thing I think you’ll discover is that you are the strange little cat. And that this world, like yours, is entirely up to you. 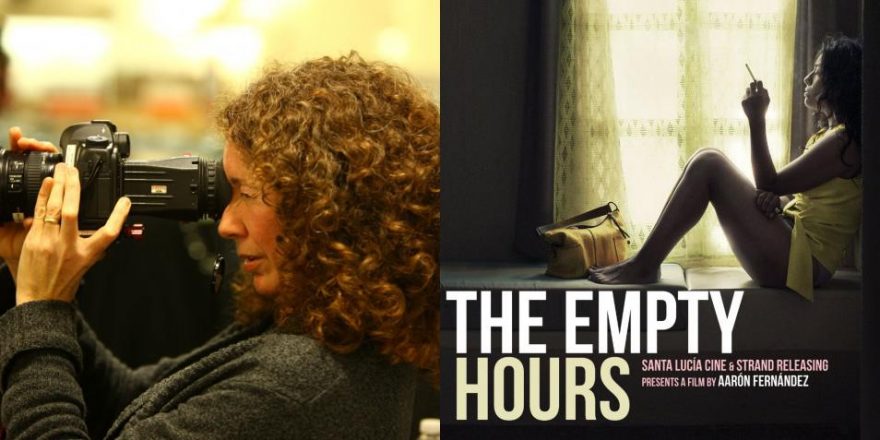