Erik Crary was born and raised in Lodi, Wisconsin. He and his wife currently reside in Chicago, Illinois. Uncle John is his first credit as a producer and screenwriter.

In late summer of 2000, a few random and unexpected factors came together that afforded me a sudden seat across the room from David Lynch, interviewing for a job as his assistant. There’s not a whole lot you can do in that situation other than be nervous as shit, and I definitely ran with that idea. I had just turned 23 and still had high school achievements on my resume to help fill out the page, which didn’t matter because he didn’t look at it anyway. Thankfully the opportunity panned out, and I ended up working for David in a variety of positions over the next eight years.

I’m now 38, living in Chicago, and as Uncle John – the movie I co-wrote with my creative collaborator, director Steven Piet – is being released in theaters and on VOD, I’m trying to think back about the influences and learning experiences that brought me to this place, to make some sense of it all.

Growing up in Lodi, Wisconsin, a picturesque small town, I didn’t have things handed to me by my parents. I had chores and was expected to do them. If I did, I’d get a couple bucks; if I didn’t, I’d be rightfully disciplined. Same went for grades, behavior, respect and every other thing kids should be afraid of and guided toward as they figure out how life works. As long as I held up my end of the bargain, my parents supported endeavors, let me make mistakes and figure it out myself, and only stepped in to prevent me from hurting myself, hurting others, or looking like a massive dilweed.

I loved movies as much as any other kid, but I was pretty deep in burnt elective college credits before I actually started trusting my interest in film and focusing on it. Thankfully, when the realization did hit, I got my hands on a UTA job list just legible enough that I could fax a cover letter out to a dozen or so places with openings. Through that, I was offered an unpaid internship at a talent and literary management company in Beverly Hills, which I accepted knowing little except I’d be around the industry in some capacity.

The internship was massively eye-opening and helpful in many ways. Going in, I was a smiley, pudgy Midwestern guy who was asked regularly where I was from in Canada. Totally out of my element for the first time, I was forced to learn a shitload simultaneously about the work, people, politics and diplomacy of a new environment. Volunteering to be the bottom rung of a tall ladder in the entertainment industry, I quickly learned that underlings are eminently replaceable. The other interns and I were all on lockdown together in a world of constant hurt. Email was just starting to happen at this point, but most of the work was still analog and printed scripts and letters with head shots had to be physically dropped off. No one went home until all submissions were in, so we figured out how to become very fast, very motivated, problem-solving friends.

Though the above seems like a rather large tangent, I fully believe those experiences were integral to me ending up working for David Lynch. That internship lead to a paid job at the same company after graduating college. Though I didn’t ultimately want to be an agent, the steady paycheck was enough to keep me afloat while I tried to move toward my goal of working in production. Some months later, I got a call out of the blue from one of the other underlings from a few years earlier. He was an incredibly hard-working, hilarious dude who had since worked his way into a position as David’s assistant. He had quickly become a trusted and integral part of that world, but now had a new opportunity in New York and was moving on. The question: would I be interested in interviewing to replace him as David’s assistant? The answer was an obvious “Yes!” but the bigger point of the tangent — that call was never expected and also would never have happened without all of the above.

I started working for David at a pretty unique time. Reshoots for Mulholland Drive were just finishing up and postproduction was kicking off, which was a process I had always badly wanted to be around because I had very little idea how actual celluloid post on that scale worked. It works slowly. The next big undertaking was DavidLynch.com, which was beyond exciting because the problem set was completely different and exactly what I was interested in. People were still working out platforms, pay-subscription models and the Internet in general, but there was a sudden and gigantic need for content, and production went into full effect. Small crews, lots of hats, digital cameras, minimal gear and quick schedules – that was how we operated. This approach continued and evolved over the course of several projects, all the way through completion and distribution of Inland Empire. I absorbed a huge amount while at David’s company, Asymmetrical Productions, and being around during these projects gave me some of the most impactful educational experiences of my life. I learned more about common-sense production, working as a tight crew, problem-solving, logistics, and relationships than I could have possibly imagined.

Outside of getting steadily familiar and comfortable with various sizes of production, the real and immeasurably valuable lessons came from just being part of a set run by a master director. David works extremely hard, is very focused, and knows exactly what he wants. He somehow manages at the same time to be affable and funny as hell, and have a good time when he’s working. If you haven’t already, I would highly recommend watching footage of him in action (such as in the documentary Lynch) and reading any of the copious interviews he’s given over the years. Even a quick Google search of “best David Lynch quotes” will get you into a realm where you might start thinking completely differently about how you watch a film or look at an idea. (You might also start laughing your ass off about his unflinching love of coffee, even when it’s bad.) Orbiting around in a world where David is constantly working with the resources at hand to execute on all sorts of ideas is both incredibly inspiring and very addictive. It’s almost impossible not to start aspiring toward getting your butt in gear to search out your own team.

In addition to being part of the work, I also had the pleasure of meeting countless people who had been involved in one or more of David’s numerous previous projects, some as far back as Eraserhead. Even in brief discussions with them, it’s very clear David has forged a large, trusted family filled with fond memories and classic stories along the way. If you take a step back and look at all of that in the context of what he has accomplished in his career so far, I don’t think it’s hard at all to find some serious inspiration and life lessons.

It’s now been seven years since I left Asymmetrical and my wife and I moved back to my home turf in the Midwest. Despite the unholy Chicago winters, the whole experience has been better than we could have imagined. Much of that is down to my creative partnership with Steven, which started approximately 15 minutes into my first day of work in Chicago when I was sent with him in a production van to scout a hospital location for an upcoming commercial shoot. It was clear very quickly that we had similar approaches to work, identical aspirations for making independent film, and a deep appreciation for movies and storytelling. With Uncle John now out there in the world, I cannot wait to get started on our next project together.

My entire experience at Asymmetrical was and will forever continue to be a huge influence on anything related to ideas, writing, prep or production for me. When we made Uncle John, we had a small team that fluctuated between five and 15, and we wrapped after just 16 days. As a steadfast worrier, I personally don’t know that I would have been confident enough to believe in a schedule like that, or even have a clue how to start. However, I was able to go for it because of all the advice, education and experience I gained from being a part of David’s world, which included seeing firsthand what can be achieved when you do things as a team. My time with David was an influence from the earliest stages of Uncle John, and it is still a daily influence.

Erik Crary was born and raised in Lodi, Wisconsin. He and his wife currently reside in Chicago, Illinois. Uncle John is his first credit as a producer and screenwriter.

Alexandre Rockwell (In the Soup) Talks his Friendship with John Cassavetes 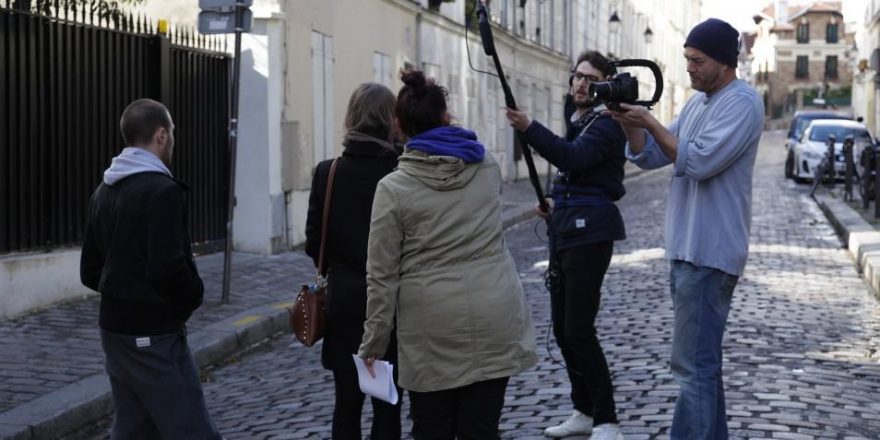