A Kentucky native, Alex Thompson grew up watching Humphrey Bogart films with his Popou and making movies, back when Coltneck Lane was still a cul de sac. He graduated from DePauw University and worked in casting before directing his first short, starring Olympia Dukakis and Rose Gregorio. He received his MFA from DePaul University and lives in Chicago. His debut feature as director, the SXSW Audience Award-winning Saint Frances, written by and starring Kelly O’Sullivan, is in select theaters through Oscilloscope from February 28.

I grew up on movies that are considered by critics and historians to be “classics” of American cinema; Roger Ebert called them “obviously first team.” Large-scale epics of craft, quiet character studies, and those miracles that are somehow both. My popou, who was my first teacher of film appreciation, derided most movies made past 1960 as sachlamares (twaddle or poppycock, according to Google Translate), and nearly every one made in color. It is a curious experience for me, then, to have earnestly binged the reality TV show Keeping Up with the Kardashians over the course of the last pandemic year.

I’ve been working backwards from Season 20. Watching in reverse gives the reassurance that no matter what unfolds, all of these people will [spoiler] more or less still love each other in 2022. Not only am I watching, however, I am also enthralled, and I find myself making associations with those same traditions I grew up on. I can only assume that somewhere in my brain, KUWTK is not just the height of its genre (I couldn’t make it through one episode of Love Island, and my only other “reality” show is Top Chef, which I follow religiously), but also somehow related to the craft of filmmaking. Which isn’t surprising since the Kardashians and Jenners are, after all, filmmakers, and hardly amateurs. It is discussed in many episodes that it is each sister’s job to appear on the show, and it’s rumored that Kim calls production when film-worthy fights break out. In contrast, Kourtney has expressed a disinterest in and aversion to being kept up with at all (all the more intriguing since she will return in Hulu’s The Kardashians).

In thinking about the show, I am reminded of Umberto Eco’s essay in The Paris Review, “The Cult of the Imperfect.” Eco echoes KUWTK backlash when saying that The Count of Monte Cristo is “one of the most exciting novels ever written and on the other hand is one of the most badly written novels of all time and in any literature.” Later on, Eco states that Casablanca’s popularity and power come from the fact that it is all things – political thriller, comedy, romance, war film, antiwar film, musical, etc. It is “a hodgepodge of sensational scenes put together in a rather implausible way, the characters are psychologically improbable, and the actors’ performance looks slapdash”. However:

Casablanca is a cult movie because it contains all the archetypes, because every actor reproduces a part played on other occasions, and because human beings do not live a “real” life but a life portrayed stereotypically in previous films. 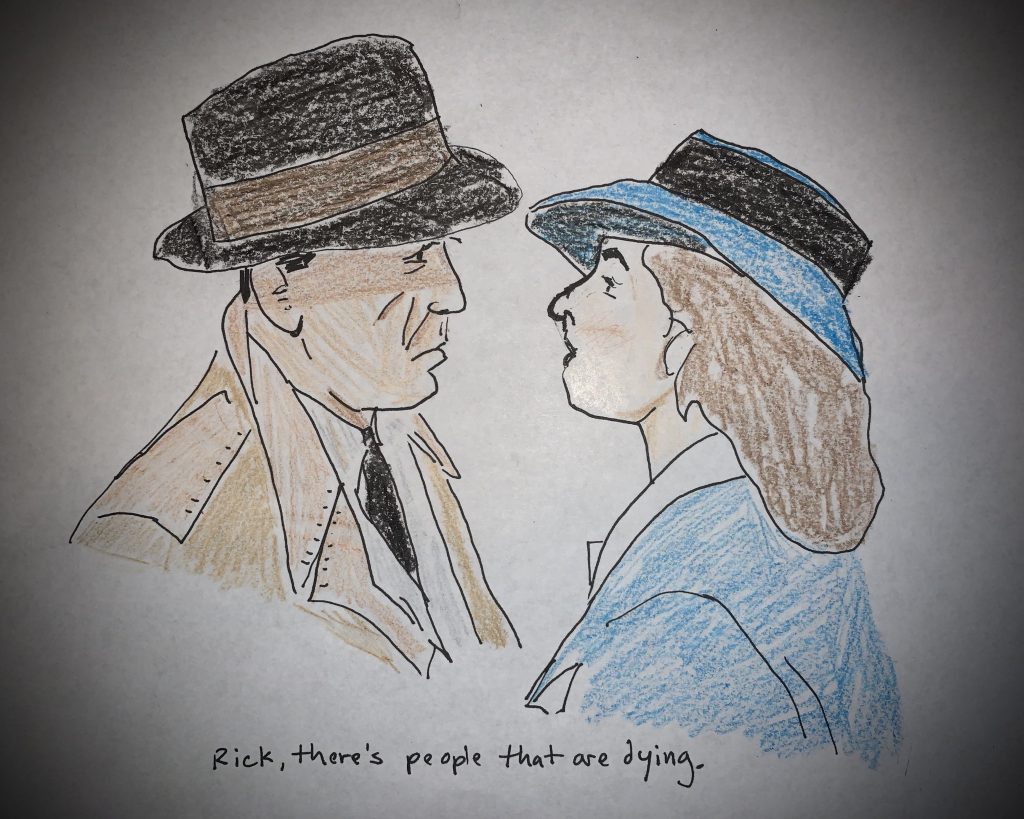 Isn’t KUWTK a similar beast? Over the years, the show has evolved to be less about its own fictive generation of conflict than the real conflict at the heart of a family who has chosen, for better or worse, to invite cameras into their lives. Though the popular impulse is to dismiss the resulting edit as fiction, watching season by season, what stands out most is the rawness clearly glimpsed on each episode. Truly, to binge the Kardashians is to feel you know them. As Eco says, “Two clichés are laughable. A hundred clichés are affecting — because we become obscurely aware that the clichés are talking to one another and holding a get-together.”

Effectively, the Kardashians, Kardashian-Wests and Jenners are characters in their own TV show, but no less often the archetypes of daytime drama don’t quite fit and they are, at points, playing not one but dozens of characters at once. When shit hits the fan – infidelity, the pandemic, a Candyland party with no candy – there is little anyone can do to hide, and few who can say they know where it will go.

“Rick’s line,” Eco says, “is a kind of epitome of Casablanca.” It’s also applicable to KUWTK, as viewers loyally watch a show with no end; anyway, how can a show about a family properly conclude?

In one of the show’s most compelling sequences, a violent argument breaks out between sisters Kendall and Kylie. Kendall had gone to sleep in Kylie’s car by a Palm Springs club while the family was inside, and now that Kylie is back and heading home, she refuses to drop Kendall off at her house in Beverly Hills: “Why would I take you over the hill?” There are no cameras or mics with them, so the exchange – shouts, a flurry of bleeps, “You put your heel in my fucking neck” – is overheard on Kourtney’s phone (wisely put on speaker) in a car miles away, and, covered from two GoPros mounted to the ceiling of Kourtney’s SUV. Kourtney turns the car around and picks up Kendall, who’s at a gas station, in tears. Kendall’s back fills most of the frame as she recounts the night’s events; in one shot, it looks like Kim has her phone’s flashlight on to better expose the picture (Dogme 95 approved?). Most KUWTK drama unfolds amidst multiple cameras and operators, LED panels and an itinerant boom mic. Stripped down and stumbled upon, this subplot clearly wasn’t expected, and it’s all the more thrilling for its limitations: Kendall’s panicked struggle plays out over the squawk of speakerphone, her sisters (and the audience) rapt and helpless on the other end.
In contrast, there’s no better example of what endearing randomness the show chooses to highlight between its truer dramas than the euphoric California wildfires subplot best summarized by its YouTube title: “Kourtney Overstays at Kendall’s and Almost Murders Her Fish.” But really, what’s truer than a sibling overstaying their welcome? And what really happened to Kendall’s giant glass tea cup?

Some episodes recall the familiar joy of filmmaking itself, particularly “filler” plotlines where the family orchestrates pranks or incites harmless drama themselves. These are the kind of short films I made as a kid, improvised exercises in story and structure, with my family members playing multiple roles. Often seasons are buffeted by pranks that seem designed to teach lessons designed by George Bluth Sr. When Kylie kicks her mom out of their shared office (her desk is replaced by a doggie bed), Kris relishes the role, shouting, “Fucking bitch!” as she slams the door, a smile flashing across her lips.

Unlike Casablanca, KUWTK may lack the endorsement of the Cahiers du Cinéma crowd, but I would offer that it is neither low culture nor easy entertainment. Keeping Up with the Kardashians is bingeable precisely because it is more real than we expect, and more moving. Like Casablanca, a war film and an anti-war film at once, KUWTK is both reality TV and effectively a living human sacrifice. It is in lockstep with its own chaotic impulses, one step behind our better angels, but often far beyond our expectations, and theirs. Indeed, the greatest moments on KUWTK come when the family on screen, its cast members, writers and producers, all have moments of discovery and genuinely surprise themselves. 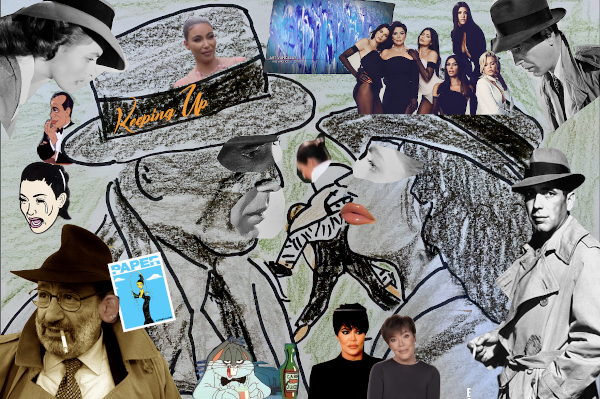 These I would strive for in any project. That the show arrives regularly in 45-minute increments on Hulu is a gift. As Eco might explain, Keeping Up with the Kardashians is not intended as art but rather “its aim is to create a myth.”

Now, if you’ll excuse me, Season 16, Episode 11 is called “Treachery,” and after watching several awards season misfires this past weekend, I’m ready for some real drama.

A Kentucky native, Alex Thompson grew up watching Humphrey Bogart films with his Popou and making movies, back when Coltneck Lane was still a cul de sac. He graduated from DePauw University and worked in casting before directing his first short, starring Olympia Dukakis and Rose Gregorio. He received his MFA from DePaul University and lives in Chicago. His debut feature as director, the SXSW Audience Award-winning Saint Frances, written by and starring Kelly O’Sullivan, is in select theaters through Oscilloscope from February 28. 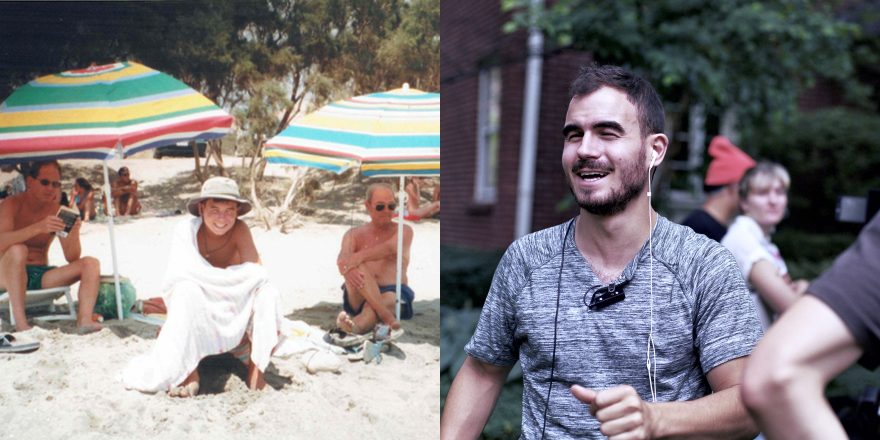 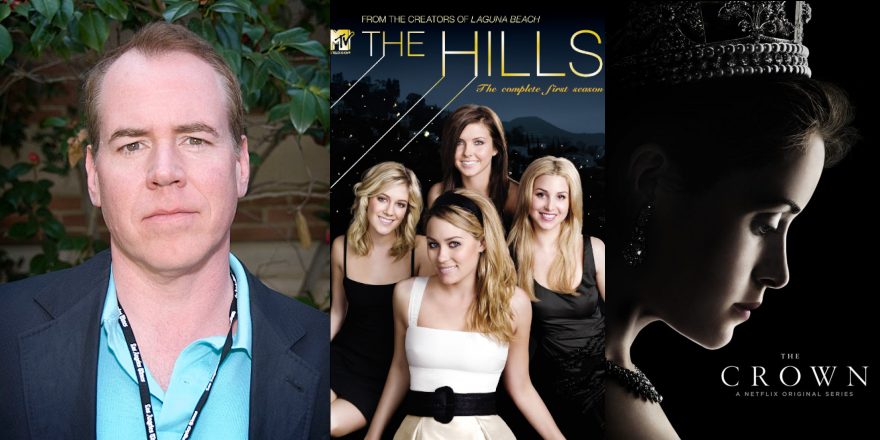 The Way We Get By: Bret Easton Ellis on The Hills and The Crown 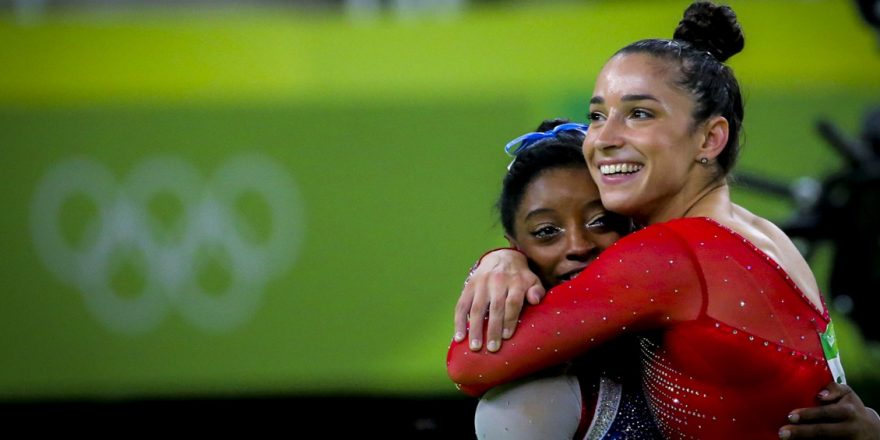 Are the Olympics the Ultimate Reality TV Show?