White Lung’s new album, Paradise, delivers in multitudes across a melted highway of phantasmagoric starlets and seedy trailer parks, strip malls and electric lightshows. Led by the formidable Mish Barber-Way — the preeminent queen of gutted glam — White Lung takes a journey through Paradise, conjuring up Hollywood glitz and romantic wanderlust, all with a genuine reverence for the craft of songwriting. Imagine John Cassavetes’ muse Gena Rowlands at her height, a bit of Blanche Dubois before the fall and the once-famous star of the Velvet Underground’s “New Age” all sonically meeting at a crossroads, trapped inside epic choruses for eternity. That’s the kind of destination Paradise has in mind for listeners.

Behind the boards, Lars Stalfors and his bright, modern production works well to bring out just how tight White Lung’s songwriting is here — the best I’ve heard over the course of their four-album career. Go-for-gold choruses and ear-pythons weave their way through a labyrinth of vivid scenes. On “Hungry,” the infectious climax insists: “Baby, you’re weak/Baby, you’re starving/The star will melt/We’re all hungry for it.” It’s satisfying with its memorable pop melody and sickly build.

This is music that stirs up the inexplicable, music that makes you want to do crazy things or recall surreal childhood memories that are impossible to confirm. Yes, this album sounds brand-new and modern, but it makes me feel the same way I felt when I first heard some of my favorite bands. I’m stopping myself here from naming these bands because it’s not important to know who, but why — and because the endless stream of comparisons from which musicians suffer, particularly female musicians, has made me resolve not to make my own comparisons. It’s that direct, no-frills intensity that slayed me then — as a sixteen-year-old wallflower searching to experience more than my humdrum reality — that slays me now with Paradise. For example, on “I Beg You,” the transition from the verse to the chorus is razor-sharp, cut with an X-Acto knife, while Barber-Way hollers, “This is the death of me/I need our fantasy/Blow out the dust in my empty mind.”

White Lung has no interest in pursuing a throwback sound on Paradise. Analog purists and tape gurus cannot possibly push the proverbial stick further up their collective ass. Why dim everything out in a too-cool-for-school haze? As Mish says in a recent interview with Annie Clark of St. Vincent when asked about the aforementioned analog craze, “There’s a lot of ways to skin a cat.” Guitarist Kenneth Williams says in that same interview that a good song can be translated into any genre. I firmly believe this to be true as well, and with Paradise delivering White Lung’s most emotionally affecting collection of songs to date — songs that defy genre or classification — that goal has been achieved. I’ve had “I will give birth in a trailer/huffing the gas in the air/baby is born in molasses/like I would even care” from “Kiss Me When I Bleed” in my head for weeks; I’ve hummed it over the endless highways from Seattle to San Diego. It’s one of the best choruses I’ve heard from a modern band in ages.

Mish Barber-Way makes a formidable front woman and a sharply astute, lean, yet emotionally harrowing lyricist, fully in command of her powers. She’s a singer who puts great pith and pathos behind every note — and she’s refreshingly devoid of affectation. “You were born to ruin your life/You were sworn into a bad/bad wife/This is a sad, sad life” Mish resolutely sings in “Demented.” She delivers the emotional grit that her lyrics, earth-bound and bruised, call for.

Williams brings a fierce onslaught of energy to match Mish’s captivating character inhabitations, with riffage that intoxicates and really makes me want to smash my acoustics into a million bits, get my pedal board up to snuff, and never look back. He’s that insanely good. The intro to Sister is electrifying, and the interplay between vocal and guitar throughout the song — up to the distant, haunting horror squeals — shows just how good the chemistry in this band is. Drummer Anne-Marie Vassiliou absolutely destroys it as a rhythm section, matching the intensity of the songs at every clip.

Mish recently wrote that she’s happy in her own life and that she was channeling different characters and looking outward on Paradise — telling other people’s stories. For example, “Kiss Me When I Bleed” was written from the perspective of a rich girl who, Mish says, “falls in love with the garbage man.” It’s easy, in my opinion, to write songs when your life is a shambles — when heartbreak becomes the manna from which great songs are birthed. It’s a real feat to go somewhere beyond that time-tested, reliable “personal heartbreak” well, transform your songwriting vantage point, and still come up with great songs from unique perspectives. I also chose to no longer use misery as a sustainable songwriting technique on my upcoming album Strangers, finding similarly external catalysts. It’s so refreshing to have a front woman like Mish openly proclaim that she’s “in a pretty good place.”

If I read another press release about hitting rock bottom and making albums in remote forests cut off from the outside world, my brain will explode. It’s not that I can’t relate to that instinct/strategy, I’m just longing for a new archetype, a new myth, a new kind of bandleader — someone like Mish Barber-Way. And although White Lung has plenty of style, that style never comes at the cost of the song itself. White Lung has delivered a truly captivating album, managing to escape the trappings of genre classification, all the while looking you square in the eye. 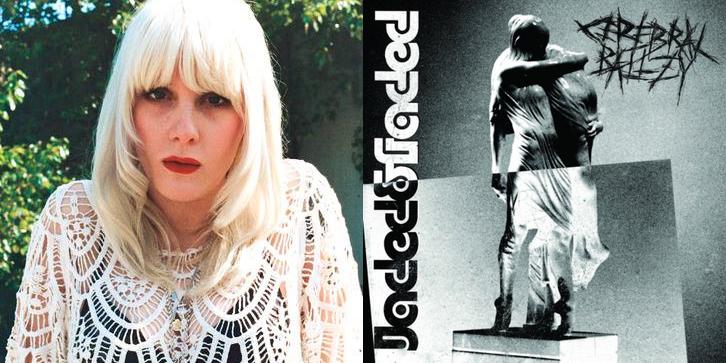 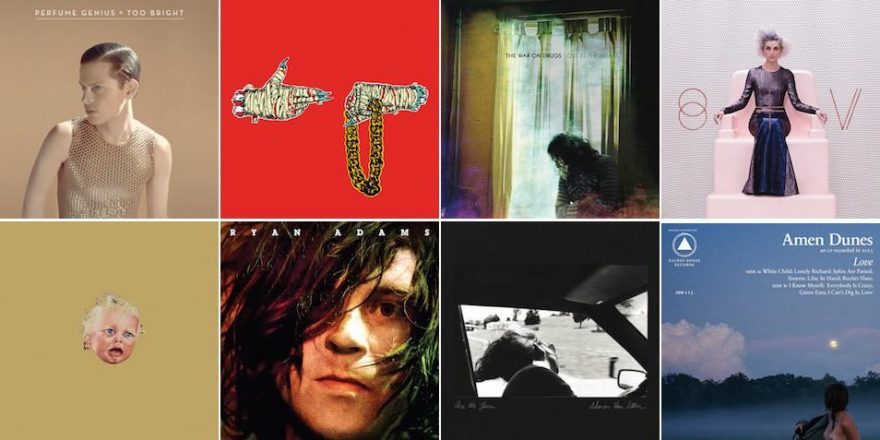