Ainsley Gardiner (Ngāti Pikiao, Ngāti Awa, Te Whānau-a-Apanui, Whakatōhea), has produced more than a dozen short and feature films, documentaries and television drama series. Her latest film, Cousins, which she co-directed with Briar Grace-Smith and also produced, was released by ARRAY Releasing and is now streaming on Netflix. Gardiner produced the short films Two Cars, One Night and Tama Tu written and directed by Oscar-winner Taika Waititi, and also collaborated with Waititi on his feature films Eagle vs Shark (2005) and Boy (2009). Her first short film, Mokopuna, had a successful festival life, winning Gold at the Dreamspeakers Indigenous Film Festival. In 2015 Gardiner founded Miss Conception Films with Georgina Conder, focusing on female-lead character-driven projects with female key creatives, including the feature film The Breaker Upperers, documentary She Shears and the upcoming thriller Reunion. In 2017, Gardiner joined a team of women directors and writers to create the critically acclaimed feature film Waru. In 2019, Gardiner received the Sundance Institute Merata Mita Fellowship with Briar Grace-Smith. (Image courtesy ARRAY.)

Cousins is the story of three Māori (indigenous to New Zealand) cousins, Mata, Missy and Makareta. Set over five decades against a background of the shifting sands of the social, political and cultural landscape of Aotearoa (New Zealand), the film highlights how the cousins respond when one of them, Mata, is taken by her Pākehā (white) father, and then by the State.

In 1988, Merata Mita became the first Māori (indigenous) woman to write and direct a fiction feature film when she made Mauri. In the 33 years that followed, there would be a 2017 feature portmanteau film made by nine Māori women writing and directing eight shorts, Waru. And then there was Cousins. It’s important because it shows you the cultural landscape of being Māori women and getting films made in New Zealand. It’s important because there were 33 years between the only fiction feature film Merata made and the film she desperately wanted to make for 20 years before she died. Merata was a mentor to both Briar and I and we were both aware of her journey trying to get Cousins made. For years after her death, we know the film was languishing. In 2015, Briar was doing a stint at the New Zealand Film Commission in the development department. By this time, we were pretty senior in our fields, her as a writer, me as a producer. We agreed to try and get Cousins made, mindful of the layers of obligation we were committing to. A posthumous love letter to our beloved mentor (not to mention beloved by scores of indigenous filmmakers around the world who she had nurtured and inspired), a promise to the novelist Patricia Grace (her novel Cousins was published in 1992 and she was desperate to see it made into a film; she was Briar’s then mother-in-law and is one of her dearest friends to this day), a commitment to our daughters (a film about being Māori women by Māori women) and the good will and expectation of our whole community (33 years is too long to wait to see ourselves on screen again) … No pressure…

Briar and I were two of those aforementioned writer-directors of Waru, eight stories centred around the death of a child. Briar’s piece of the feature, “Charm,” was set in the busy kitchen of the marae (tribal community home). Mine, “Mihi,” was set in the home of an isolated young solo mother, with no petrol and no food, trying to stay sane while on hold to the Welfare Department. While we were writing and producing, Cousins we talked about who would direct it. At that time, we had no idea how many options we had, and that we were two of them! Working on Waru with a group of Māori women gave us the chance to see in the filmmaking process what we knew to be true culturally: storytelling is a collective process. We sat for days sharing our personal stories and let that inspire our scripts, and each other’s. As we each directed our shorts (shot in one day, in one shot), our Waru sisters were there alongside us, to hold us and offer up wisdom and inspiration. It was the reminder we needed that Cousins wasn’t just a story about Māori by Māori, it was also one that needed to be told in a Māori way.

When we decided to co-direct Cousins, we knew that the popular opinion, unless you are siblings with a lifetime of shared language and experiences, was that co-directing was largely about ego and who is the most stubborn. We knew that the hierarchical, patriarchal, ego-driven (just saying …) model of storytelling we’ve inherited from Hollywood did not serve this film, or our culture, or frankly the world!! We were provoked by warnings of “filmmaking by committee” and “diluted vision,” but Briar and I were convinced that if we committed to bringing our full selves to the table and finding the place where our visions met, that we would not only elevate the vision, but do so in a new (old) way of storytelling.

We needed to find an elegant way to share the directing role. What we landed on was the ways in which we were similar, and different, to each of the characters. For me, I felt most drawn to the character of …

Mata
Mata is taken from her Māori mother by her Pākehā father and placed in an orphanage so she will be raised away from her culture. Like my story in Waru, her story speaks to how loneliness and isolation from community can alter you. Like Mata, I was raised away from my culture and language. Like Mata, I feel a deep longing in my bones to walk in the direction of belonging. The strength of connection was pivotal to Mata’s story. She spends one summer with her cousins in her tribal lands and that experience grounds her through a lifetime of disappointment and loss. Belonging is the key to a fulfilling life. In these crazy times of Covid, this is more important than ever.

Briar has always been drawn to tell stories about communities of characters, the way one individual and their story is given rise to by the collective and the challenge of interpreting that visually. She was drawn to the story of…

Missy
Like the titular character in Briar’s Waru film, “Charm,” Missy’s the backbone of her community. Her journey as a younger person is one of recognising that greatness doesn’t necessarily come with wealth, education and privilege (as with her cousin Makareta) and also seeing her own strengths, which are the gifts of manaakitanga (care, love) and kaitiakitanga (guardianship).

Of Missy, Briar wrote: “I have spent much time on my children’s marae (tribal home) at Hongoeka Bay, near Wellington (also the marae of novelist Patricia Grace) working in the kitchens and taking part in community events. I am not a practical person, more of a dreamer and given that the place is run so smoothly, I am always scared of being told off. So I watch, listen and do what I’m told. I understand that it takes many types to make a community function and that aunties like Missy (although understated) play an integral role in that. They are the poupou (the posts) that hold up the house.”

Our closer connection to these two characters gave us the shape of our co-directing relationship. In the scenes involving Missy and the community, Briar would be our mangai (mouthpiece) and I would stand beside her to hold and support her. In the Mata scenes, the city scenes, she would take a step back and I would step forward. That’s as much as was needed, just a step, that’s how close we stayed to each other as co-directors. And when the third cousin, Makareta, intersected with each of her cousins, we would take turns at holding her story too.

Makareta
Makareta is raised to be the leader of her tribe. She is given the best of Pākehā (White) education and Matauranga Māori (Māori knowledge). She is pampered and loved by her Nannies and is showered with affection. When she is ultimately asked to step into the place of leadership her family have determined for her, she uses the status and knowledge that she’s been afforded to make a different choice for herself, one that will serve her family in a different way. Makareta holds many strands tightly. She’s a weaver of knowledge, of whakapapa (genealogy) and community, she’s relentless in her desire for the wellbeing and betterment of her people.

We always imagined these cousins as parts of a whole, only complete when they are together, and together even when they’re apart. Like Makareta, Briar and I felt we were weaving together something special and important, not just as filmmakers, but on behalf of Merata, Patricia, our daughters and our tribes. We both feel privileged to have been able to do so.

Featured image shows Briar Grace-Smith and Ainsley Gardiner on the set of Cousins.

Ainsley Gardiner (Ngāti Pikiao, Ngāti Awa, Te Whānau-a-Apanui, Whakatōhea), has produced more than a dozen short and feature films, documentaries and television drama series. Her latest film, Cousins, which she co-directed with Briar Grace-Smith and also produced, was released by ARRAY Releasing and is now streaming on Netflix. Gardiner produced the short films Two Cars, One Night and Tama Tu written and directed by Oscar-winner Taika Waititi, and also collaborated with Waititi on his feature films Eagle vs Shark (2005) and Boy (2009). Her first short film, Mokopuna, had a successful festival life, winning Gold at the Dreamspeakers Indigenous Film Festival. In 2015 Gardiner founded Miss Conception Films with Georgina Conder, focusing on female-lead character-driven projects with female key creatives, including the feature film The Breaker Upperers, documentary She Shears and the upcoming thriller Reunion. In 2017, Gardiner joined a team of women directors and writers to create the critically acclaimed feature film Waru. In 2019, Gardiner received the Sundance Institute Merata Mita Fellowship with Briar Grace-Smith. (Image courtesy ARRAY.) 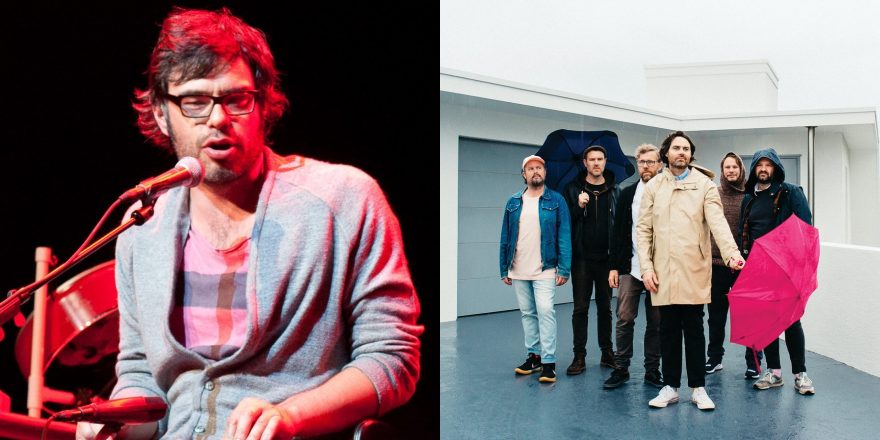