You enter your theater.

Whichever cinema you enjoy attending most. Sit in the seat you like best.

The movie will be starting in a few minutes. People are filing in to the comfortably full theater, and there’s the buzz of everyone talking, laughing.

You can be with other people or alone. With or without snacks. However you like to be at the cinema. This is your moviegoing experience, so make it ideal.

It’s the opening night of a new film that you’re very excited to see. It’s by one of your favorite directors, and stars all of your top actors. The critics have been raving about it, but you know very little about the plot. You like to be surprised.

The energy in the room is high, and you can’t wait for the film to start.

There is a single moment of silent darkness where you wait for the picture to begin – in this moment the film’s possibilities are endless.

The curtains open. You hear the 35 mm projector start up, and its light beam hits the screen, illuminating it.

It’s a wonderful film, better than you hoped it would be, and the audience is enraptured from the first moment. You can feel the entire crowd around you following along where the story leads you, and you join them in uproarious laughter in some moments, intense fear in others, gasping, giggling in relief, cowering when the villain appears, cheering when the hero is victorious.

The film ends, and the applause is uproarious. The noise of people filing out is joyous, and instead of leaving immediately to go home, everyone stands in the lobby and talks about the film. You join in and talk to the people around you, you tell them what you loved about it, and what parts didn’t make sense to you.

Through your conversation, the gaps of what you didn’t understand are filled in, and you begin to see the film differently once you’ve seen it through the lens of other people’s experiences. Moments you didn’t even notice stand out significantly to others. You find the film has a more complete quality once you’ve discussed it with other people.

And that is what moviegoing stripped down to its barest bone is – human connection.

You watch stories on the screen and they move you. They speak to you directly, and whatever they make you feel, you then share that with others – a very intimate act. You open up and talk about how the film made you so happy you laughed, or so sad you cried, or how it horrified you so much you had to close your eyes.

The film made you feel.

You share your emotions with the whole audience when you watch a film together, no matter who they are.

While by itself a film can be powerful, the human communication that stems from watching it with others is absolutely invaluable.

Cinema is a language understood all over the world and the connections made through the shared love of film run deep.

I don’t want the world to ever lose the experience of seeing films in a theater, with an audience, the way they were meant to be seen, and I am so terrified of what this pandemic will do to cinemas (especially independent ones) and the film industry itself. I haven’t seen a film in a movie theater since March 2020, and I can’t tell you how much I miss it. It is like my church, my safe place, my home. To have that taken away from me has been so painful. I ache to watch films with other people and hear their laughter and coughing and rustling.

Watching films at home, alone, is an adequate way to watch movies, but certainly not ideal. Having made an entire documentary, Out of Print, about the importance of seeing films in the cinema, with an audience, I feel very strongly about this subject.

I encourage the love and consumption of film in absolutely any way you can get it, but I highly recommend supporting the cinemas where you live – especially the independently owned ones. (Donating or buying gift cards from them while they are still closed is a great way to support them!)

So I ask that when we are able to safely return to cinemas, pay attention to the whole experience of it.

Notice the strangers surrounding you. Observe their appreciation of the movie as well as your own, because film is a communal connection.

Sharing the emotions of a film in sync with an audience is an incredibly valuable human experience.

Let yourself get caught up completely in cinema, because you’re never alone watching a film in a theater – even if you came by yourself. 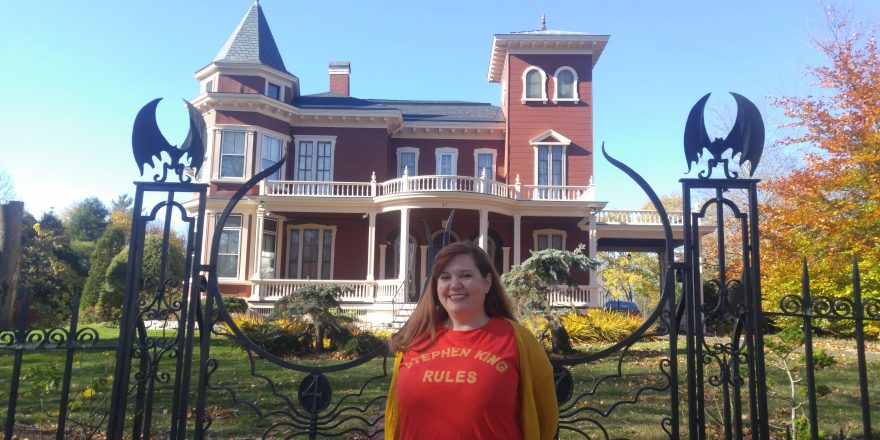 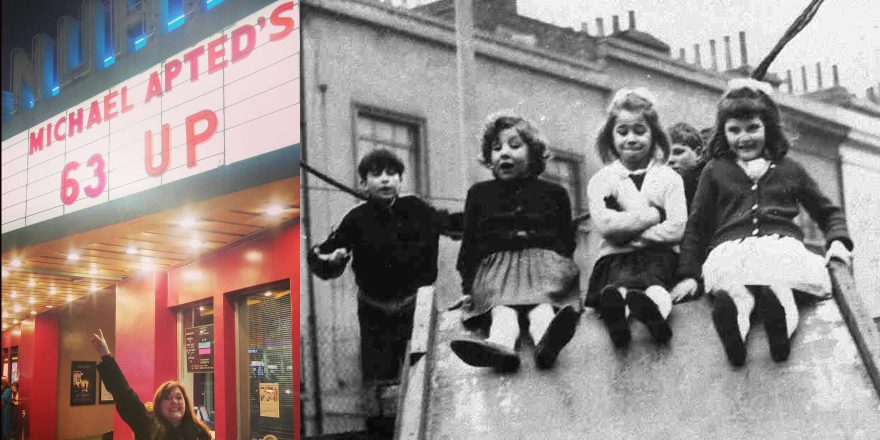 Life in Ever-Widening Loops: On Michael Apted’s Up Series