I started reading Stephen King when I was about 11, skipping straight from Laura Ingalls Wilder and Judy Blume to his books, no Goosebumps bridge necessary, thank you very much. It, Pet Sematary and Carrie were the first three that I read on the long, twice-daily bus rides in junior high and those books completely changed my life – not only making me into a lifelong Constant Reader and horror movie junkie, but also changing how I viewed myself and the world.

I loved the Losers Club in It beyond description. I loved Bill’s courage, Bev’s originality, Richie’s humor, Mike’s bravery, Ben’s heart, Stan’s intelligence – but most of all I loved Eddie Kaspbrak, the most loser-y loser of them all. Frail, weak, with a hypochondriac of a mother and a nasty case of psychosomatic asthma, he screamed underdog, and I was 100 percent there for it. I made my friends read the book (no small task, at 1,138 pages) and we all took on Loser Club names; I, of course, wanted to be Eddie. We wrote notes back and forth, talking mainly about Stephen King and gleefully signing them with our Loser Club names. It didn’t matter to me that Eddie was a boy, that he was a coward for a good portion of the book (but, of course, stepped up when needed), it was that he was part of a crowd of kids – kids my age – that were all losers, but also the bravest people in Derry. Together they could step up and kick some extraterrestrial clown ass.

And so the idea of the underdog outsider being the hero took firm place in my mind, and has been there ever since.

I went to a performing arts high school in Las Vegas, so we didn’t have the usual jock/cheerleader popular crowd, but we did have the dance major girls and band major boys, who filled in just fine. And I didn’t long to be popular. I felt, like Eddie, that all I needed were my Losers Club and I would be just fine. And I got them. I had a terrific group of close friends, plus lots of acquaintances. I was nice to everyone, but I never felt myself to be popular. What we present to the outside world and how we view ourselves are often different, and in my mind I was still an outsider Loser. So, imagine my surprise at my senior prom when I was crowned prom queen. The moment was incredible because at first there was elation, and then I mentally took a step back, realized who I was and what was happening and looked up – for the bucket of pig’s blood. I thought it was a joke. It wasn’t. Afterwards, when everyone was congratulating me, people kept asking why I looked up after they called my name – and I told them I thought it was going to be my Carrie White moment. They looked at me strangely.

The thing was – in my mind, how could this have happened? I was up against the popular girls. The most beautiful dance majors in the school! Why did I win? I think it was because I was both an outsider and an insider at the same time. An insider on the outside, but an outsider on the inside. I knew lots of people, I was friendly, but there was always that anarchistic Loser energy inside, who knew that the only way to really be cool, was to not be cool at all.

After high school, I moved to L.A. and worked jobs at places that made me an insider with the outsiders. A video store. A record store. A revival cinema house (that absolutely specialized in catering to the outré of the city). I’ve had crushes on thousands of weirdo boys who had no idea how absolutely beautiful they were to me. And, of course, crushes on a million fictional characters in film, TV and books that fit the same description. I’m the girl who thinks Norman Bates is adorable (pre-psycho turn), that Eric Binford from Fade to Black is dreamy, and Martin from Romero’s Martin is a stone cold fox. I seem to have a type – but as you can see from those three characters, my taste isn’t exactly normal.

Stephen King plays with the idea of the outsider in, well, his novel The Outsider, but also in many of his other works. His small-town Maine settings (often the fictional Castle Rock or Derry) are notorious for having an insiders-only mindset, distrustful of those not from there. I went on a pilgrimage to Maine last autumn and was enchanted by its gorgeous fall leaves and incredible landscapes. I was a little nervous, though, I have to admit. How would I be treated as someone Not From There? Although I wore jeans and T-shirts for the trip, everyone I met there would ask me – before I even opened my mouth – where I was from, as, to them, I was so obviously not from there. Everyone was super friendly to me, but it was clear to them that I was an outsider, just by looking at me. I had a marvelous time, exploring all of the towns I had read about and taking a Stephen King tour in Bangor (which is basically Derry, the layout is the same, so it’s like walking through one of his novels). A magical place – and where I first started working on the storyboards for my next project.

My first film, 2016’s Out of Print, was a documentary about the importance of revival cinema and 35 mm exhibition to culture. I crowdfunded the film and learned how to make movies by making one. The film has a 35 mm print currently living at the Academy Film Archives, in between screenings at universities, art-house cinemas and film archives. I loved making Out of Print, but knew I wanted to transition to a fiction film for my next project. Reading King’s 1978 short story collection Night Shift for the first time a few years ago, I fell in love with “I Know What You Need.”

I started to wonder how you get the rights to a Stephen King work. So I emailed King’s team about the rights to the story. I was fully expecting them to say no, but they said yes, and like that, I had obtained the rights to my favorite of Stephen King’s short stories through his amazing Dollar Baby program. This program allows filmmakers to buy the rights to certain short stories of his for one dollar for one year, but the contract stipulates that the film must be 45 minutes or under and non-profit, non-broadcast. That means it can’t be sold, or shown online or streaming, but it can play at film festivals and private screenings. The most exciting part of the contract is that it requires you to send a finished copy of the film to Stephen King himself. One of the most famous writers in the world, but he still offers filmmakers the chance to adapt his stories and wants to see what each one does with his story! I am thrilled to not only be adapting his work for the screen, but also to be directing the project – and doing it all with the knowledge that at the end of this whole project, Stephen King will sit down and watch it.

Why is this story my favorite? Because I fell in love with the character of Edward, a nerdy, weirdo outsider, within the first page. He’s described as twitchy and unkempt, wearing horn-rimmed glasses, a too-large fatigue jacket and mismatched socks. That’s all it took for me to be hooked. The story centers around Edward and Elizabeth, a popular, pretty coed he’s crazily in love with. It’s indicated that Edward is batting far outside his league with this girl, that’s he’s a nobody, someone she would never go for – but that there’s something about him that she’s so intrigued by. Reading the story, I was right there along with Elizabeth.

The story takes place on the University of Maine campus, where Stephen King went to school. As a Constant Reader, I am absolutely thrilled that the university will be allowing us to film on their gorgeous campus, meaning this film will be shot in the exact locations referenced in the story. As someone with a lifelong fascination with Maine, and who just recently saw for herself how stunning it really is, I am beyond excited to return there to film in summer 2021.

The story is twisted, no doubt – it is a Stephen King story – but the heart of it is a love story. All Edward wants is for Elizabeth to love him. As scary as it is to say I fell in love with Edward’s character, isn’t he just like my favorite character, Eddie Kaspbrak, grown up a little? A wounded, scared boy who just wants to be loved so badly? Someone who doesn’t fit in. An underdog. An outsider.

And we have come full circle.

So now you know the history of my Stephen King obsession, the deep roots it has in my soul and the love with which I devour his works. To me, this project feels like the culmination of a lifetime of reading King’s books and watching King adaptations. All those hours – spent in pure pleasure, of course – now seem to have a purpose. The particular filter through which I view his works will finally be shown to the world. I’m excited to portray this story on screen, and in particular to show Edward as I see him. If my horror-movie killer crushes didn’t already tip you off, I don’t think I see him quite like everyone else.

And as for myself, I’m quite happy with the mindset that the Losers Club introduced me to so many years ago. I still feel like an outsider inside, someone who will never be quite “normal.” And I mean that in the most positive way. Because who doesn’t love to cheer on an underdog?

I’ve Been a Clown and I’m Terrified of Scary Movies, So Of Course I Saw It 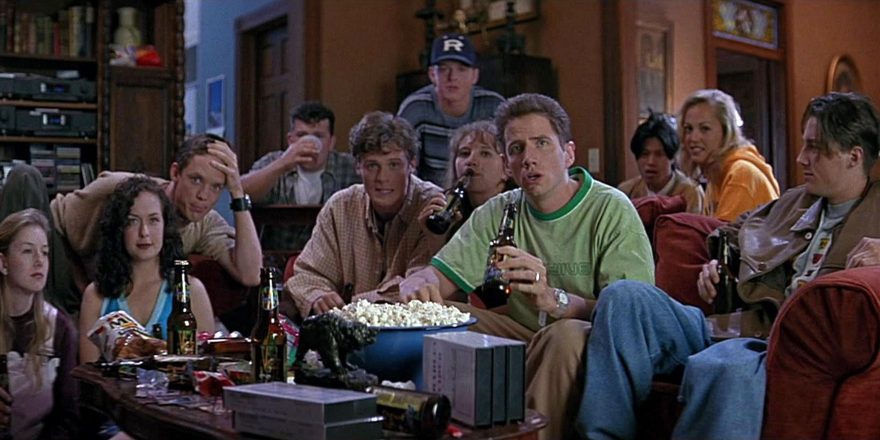 How Horror Movies Help Me Cope With Difficult Emotions 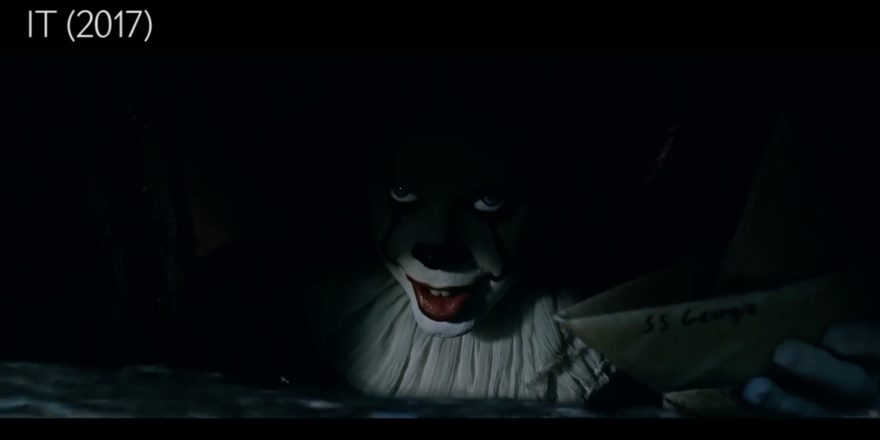