Alice Skye is a Naarm-based Wergaia/Wemba Wemba songwriter and artist. Her sophomore album, I Feel Better But I Don’t Feel Good, is out now via Bad Apples Music and Island Records Australia.

“I’m an Aboriginal woman. I am Wergaia, and the pelican is my totem.”

My Aunty Eleanor says these words in a video I’m watching, and I know them well. She was being interviewed about the possum cloak she made with her sister, my Aunty Stella, for the 2006 Commonwealth Games. I remember that possum cloak being in Aunty Nor’s house as a kid. It hung on a mannequin that sometimes I talked to, and that sometimes I was convinced would speak back. Now I’m older, I sleep across from an artwork my cousin Kelly made from the possum fur and it still speaks to me.

That is an excerpt of a piece I wrote called “The Next Cathy Freeman” for Melbourne’s Emerging Writers Festival. It’s been more than a year since I wrote that during lockdown, and I’m here now writing this also in lockdown, Melbourne’s fifth.

I’m from a small town in rural Victoria, Wotjobalak Country, now called Horsham. My parents met by chance while my mum was on holiday in the Grampians, visiting her sister who had moved here from their home in northern England. My dad — a Wergaia, Wemba Wemba and Scottish man — died in November of 1994, and I was born in August of 1995. I grieve a lot of things about this: the fact we never met, the conversations we could have had, for my mum who had moved continents. But I take the comfort I can in being told that I’m his spitting image.

Definitely a lot of the first songs I wrote were for him, or my family as a whole — trying to make sense of my identity in a small town that saw me as the “part Aboriginal” girl, or made racist jokes to my face because they’d decided for me that it wasn’t my business to be upset. Trying to make sense of relationships and my feelings.

Writing songs was and still is a coping mechanism for me. I think the fact that it makes me feel productive also helps. Talking about the feelings I sing about is harder, but it’s helping me too. If I’m not being asked about my songs, I’m being asked about my identity, being Wergaia and Wemba Wemba.

It’s a hard question to answer, “What’s it like being First Nations in the music industry?”, because I spent a lot of my time growing up wondering what it meant in general for me. My dad would have been a young man when Aboriginal people were given the right to vote in 1967, and grew up in a time where Aboriginal children were forcibly taken and placed in white families by the federal government. It was a way to ensure Aboriginal kids were not raised by their Aboriginal families and instead assimilated. These children, now grown, are known as the Stolen Generation. In just 2018, a mainstream morning TV news saw an all white panel, suggesting the need for a second Stolen Generation for our “well-being,” as though removing a child from family, culture and country could ever result in wellness. If this is what screens on TV, how can it not seep into life here, into the mindsets of people you work with? Even when I was in school, history class started in the year 1788.

Any negatives I experience in the industry are combated by the joy and love I get from my community. When I first started, I would do gigs and afterwards meet people that turned out to be my relatives. An Aunty even came up to me and said, “You must be Doug’s kid,” because she saw my dad in my face. Now, I am signed to Bad Apples, started up by Briggs, a Yorta Yorta rapper from a town not much different than mine. I sit in the care and company of incredible First Nations artists telling their own stories, sharing our difficulties, and celebrating each other’s pride.

On my second album, I Feel Better but I Don’t Feel Good, I am still exploring my feelings and identity. But this time, I’m feeling stronger in who I am (depending on the day). The final track is called “Wurega Djalin” and the chorus in Wergaia translates to “I am searching, I am listening, I will search, to speak my tongue.” I stressed about not knowing my language properly enough to include this track until something in my thoughts shifted. It became less about being “the perfect Aboriginal” and more about honoring my family. Speaking words that my ancestors did, telling my story, even if a lot of those stories are whiny breakup songs. They wanted us to disappear, but we are still here.

Alice Skye is a Naarm-based Wergaia/Wemba Wemba songwriter and artist. Her sophomore album, I Feel Better But I Don’t Feel Good, is out now via Bad Apples Music and Island Records Australia. 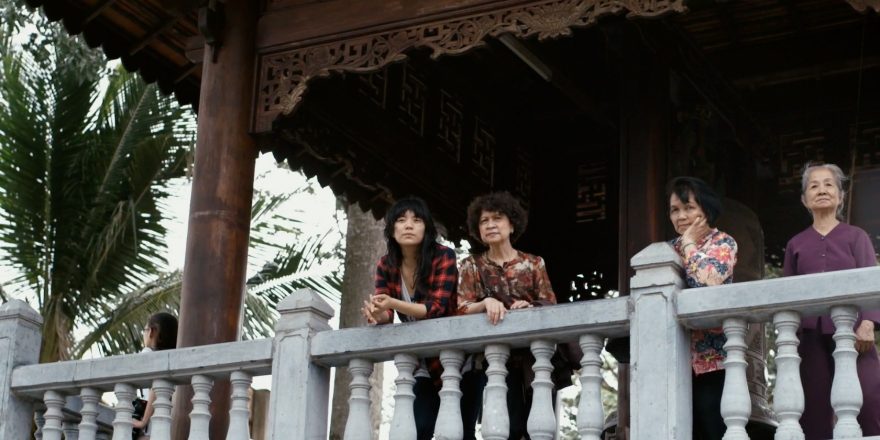 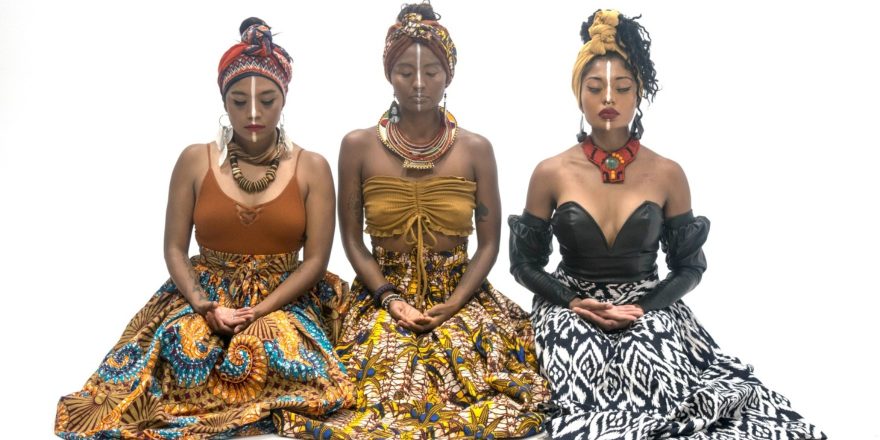 Lindy Vision Are Healing Past the Trauma