In 2015, Oakland-based group Thao & The Get Down Stay Down was invited to perform in Vietnam by the Hanoi US Embassy, as part of a celebration commemorating the 20th anniversary of normalization of relations between the two countries. It was also bandleader Thao Nguyen’s first visit to her homeland. Accompanied by her mom, who had not been to Vietnam in 43 years since fleeing the war, this trip laid the groundwork for the band’s most recent, critically acclaimed album, Temple. Nobody Dies, a 2017 film directed by Todd Krolczyk, documents that trip. “A profound short documentary that lays bare the bittersweet joy of returning to a homeland tarnished by personal and political loss” per KQED, it was initially broadcast on PBS in partnership with the Center For Asian American Media.

In 2015, my band was invited to perform in Vietnam. I was thrilled to bring my mom with me. I had never been; it was her first time back in 43 years after fleeing the war. My friend Todd Krolczyk, a documentary filmmaker, joined us with his DP, Michael Lockridge. I am truly grateful for what they captured: my mother’s lightness and vibrance, the thrumming city and country scapes, a long-hoped-for homecoming and heartbreakingly hospitable first-time meetings.

This trip was also wildly, overwhelmingly intense for me, some of which is captured in the film, some of which I could only absorb, pack away and process at much later dates. After I returned home, nearly a year passed before I started to consciously consider what I had experienced, and begin to concede what about my life I had to change. So much had happened in Vietnam to jumpstart a necessary reckoning. At the same time, I had to begin writing a new album, but was procrastinating and dreading it something awful. The initial excavations I could manage around my fear of being rejected by my family and culture, shame, my internalized racism and homophobia, and the need to free myself were so clearly the bedrock for my latest album Temple (released May 2020), but it would take me years to get enough clarity and gumption to finish the record.

Temple is just as much about being proudly Vietnamese as it is proudly queer. I was born and raised in Virginia in the ‘80s and ‘90s, acutely susceptible to and apparently totally fine with the pressures of assimilation into white American culture. When my dad left our family, my connection to our broader Vietnamese community withered and I let it. To go to Vietnam and feel so connected to my ancestry, to be surrounded by Vietnamese people, to feel so inspired by the hustle and bustle and proud of what has been built and preserved, the tradition, spiritual devotion and dignity that is so intrinsic in daily life.. that trip unlocked a deep appreciation in the way that only firsthand experiences can. While we were there we visited the Buddhist temple that my family has attended for decades. I honor that temple, all the temples of my youth, and my Buddhist upbringing in “How Could I,” a track about me leaving tour and racing to Virginia to say goodbye to my grandmother for the last time, and being too late. In the interlude, I am chanting Nam-mô A-di-đà Phật, the mantra my grandmother always murmured in steady prayer, the mantra a dozen of our relatives were chanting over her body when I finally made it to the hospice center.

I came up in music at a time when emphasizing my ethnicity all too often meant being reduced or distilled to it, or offhandedly dismissed because of it, so I avoided my ethnicity as best I could. Avoiding it became a bad reflex. Fifteen years in, Temple is the first batch of songs wherein I acknowledge and honor my heritage.

The largest show we played in Vietnam was in Hanoi, it was the second annual ASEAN Pride Festival, co-sponsored by the US Embassy. Ironically enough, the organizers of the festival didn’t know I was queer. At the time of the trip, I was not publicly out in my career, nor was I out to any of my extended family. I think I mumbled something onstage in English, about being part of the community. I had dodged being publicly out for almost 12 years at that point, I’d let everyone stay in their quiet comfort, just led my life in many bi-furcated threads that would eventually all wind together to throttle me, to teach me that I was existing in an untenable manner.

That trip to Vietnam was the beginning. It roiled the disconnect and sorrow I’d been trying to ignore and evade for years upon years, it hinted at how painful and lonely it is to sacrifice truth for acceptance. It showed me glimmers of the deep dissonant sadness I harbored. As I sat with great uncles who let me drink with them while they traded stories, as they brought me to tears saying they were proud of me, that I had honored the family in coming home to Vietnam to visit and pay respects to our lineage, I wondered if they would still show this love for me if they’d known I was queer. I resigned myself to the fact that maybe my girlfriend at the time (we are married now) would never see this part of Vietnam, or meet these relatives, or feel this remarkable warmth, and then I blocked it out.

She had never spoken to me this way, this somber, exhausted, philosophical way. I remember it now as though she was speaking to me from another place. As though it was only her voice there with me, in a swath of moonlight. I remember wondering what that would mean for me, if I’d ever have the occasion to truly consider and learn what it meant to be free. This moment, four years later, became the heart and bones of the lead single “Temple,” and thus, the entire album.

The film Nobody Dies was released in 2017 on PBS, thanks to the Center for Asian American Media. It is a beautiful, loving tribute to my mother, and I feel so fortunate that you can watch her return to her homeland, surprise-visiting people who worried they would never again see her in this life, touching pain, but so much joy as well. You can watch her talk about old love, and move with a fluidity I’d never seen before, joking and haggling with street vendors like she’d never had to leave.

All that said, I have not tried hard to promote or share this film and my unease with it has plagued me. I have found in my rewatching that I am always either giving too much or too little. In some instances, I am telling a part of my life I am not sure I was ready to tell. My suffering in regards to my father is palpable. We can see at that time, I am stuck and so far from peace with his legacy in my life, that as earnestly as I mean to celebrate my mother, I am grieving him in equal or greater measure. As much as I champion showing vulnerability, to know that depth of my own pain and unmooring is documented is harrowing, and, when I’m feeling cruel, embarrassing. In other moments, renderings of me are incomplete, because that is what I offered. I danced around my truth and it is documented as well. Though at this time I was on the cusp of specificity in my art and the telling of my story, I see in the footage how I’ve been most of my career and life, a bit outside of my body, addled by fear and shame but unwilling to admit it. Thankfully, these past few years have taught me much about the benefit of acknowledging all that brings you here. As we come upon the film’s re-release, I find I can engage with it in a new, more heartening way. I also find that I don’t want you to watch it without hearing from me first.

In 2015, I asked my friend to help tell some of my story; it didn’t even occur to me at the time to try on my own. But now I want in, to flesh it out, or carve it up, so it hews more closely to my shape. I want to fashion historical record into living document. I can appreciate what of me and my journey it shows, that I was on the way to myself. I can pause frames and point out—this was the land, these were the people, those were the meals, these were the altars, this is how I knew I had to get home, this was the beginning of the rest of my life.

In 2015, Oakland-based group Thao & The Get Down Stay Down was invited to perform in Vietnam by the Hanoi US Embassy, as part of a celebration commemorating the 20th anniversary of normalization of relations between the two countries. It was also bandleader Thao Nguyen’s first visit to her homeland. Accompanied by her mom, who had not been to Vietnam in 43 years since fleeing the war, this trip laid the groundwork for the band’s most recent, critically acclaimed album, Temple. Nobody Dies, a 2017 film directed by Todd Krolczyk, documents that trip. “A profound short documentary that lays bare the bittersweet joy of returning to a homeland tarnished by personal and political loss” per KQED, it was initially broadcast on PBS in partnership with the Center For Asian American Media.

music essay
personal essay
Thao & the Get Down Stay Down
Thao Nguyen
Vietnam
Kevin Parker (Tame Impala) Talks with Dan Snaith (Caribou) on the Talkhouse Podcast
“I Was Fascinated By the Way Film Could Represent Reality”: Yung Chang in Conversation with Robert Fisk 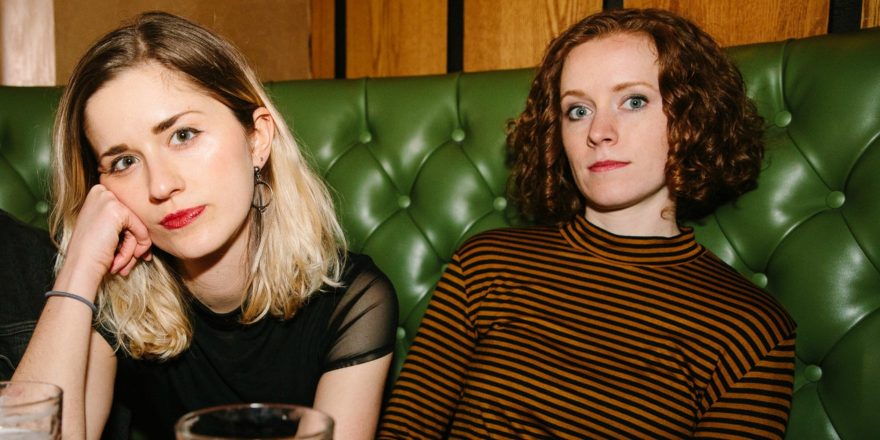 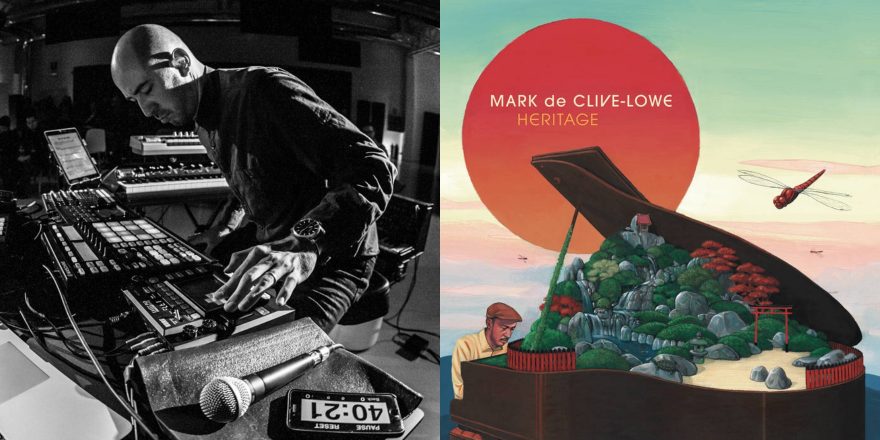 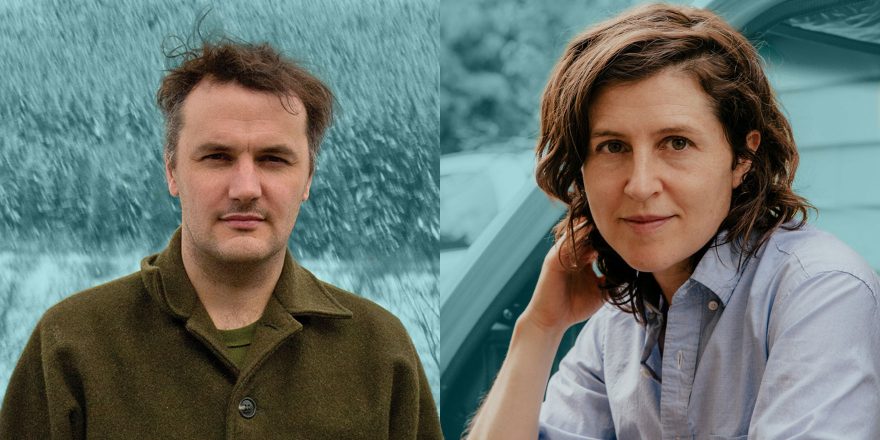