In this video I’m talking to Reed Hays, a master of the mighty Buchla Modular Synthesizer. Don Buchla, who recently passed away, designed a unique and beautiful sounding Modular synth that Reed has been working with for twenty-plus years and I hoped to to learn, with Reed’s help and demonstration, how the friggin’ thing works.
–Vince Clarke

Vince Clarke is a synthpop pioneer and legend. With his groups Depeche Mode, Yaz and Erasure, he’s sold tens of millions of records and changed the face of pop music.

Clarke recently started VeryRecords, and one of his first signings is Reed and Caroline, whose gorgeous Buchla and Singing dropped October 14. Reed Hays is a master of the Buchla synthesizer; he decided to go to Oberlin College solely because they owned one, and used to hide in a harp case until the school closed so that he could play the synth all night long. He went on to a career writing music for television and film, including co-composing the themes for NFL, MLB, NASCAR and NHL on Fox. And he always used the Buchla as a primary instrument.

Vince and Reed recently sat down in the latter’s East Village studio for what Vince promised would be an “EXTREMELY geeky” lesson on the Buchla from Reed, coupled with a short performance. The guys set up an iPhone to film it, and with an audience consisting of myself, Blood Orange and half of the band Savages, the guys jumped in and discussed the life and times of the recently deceased Don Buchla, his namesake modular synthesizer, and so much more.

If you enjoy this talk, make sure to catch Reed and Caroline’s free show at Piano’s in New York City on November 7, where Reed will be playing this Buchla live.
– Elia Einhorn, Talkhouse Podcast Producer

The Zombies Talk with Hollis Brown for the Talkhouse Music Podcast 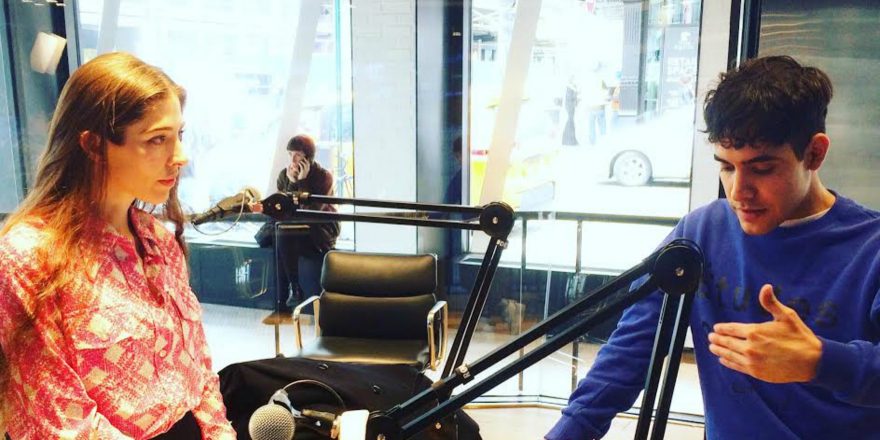