I heard Tyler was beefing with Meek about Meek gaming the Billboard system by making his album available for free on Tidal to boost his numbers, and while Tyler could probably make a better Meek diss in his sleep than either of the wildly overrated Drake ones (read my Meek review for a needlessly in-depth defense of Meek in that whole beef), Meek would probably still wash Tyler in a “rap battle” if it came to that, which I feel like it won’t. And even if it did, who knows how the Fake News would spin it anyway. All that being said, it’s important to remember here that both Wins and Flower were outperformed by Lana Del Rey’s Lust for Life.

I heard this new Tyler album was fire. Dude’s a real “music dude”–type dude. I dug Cherry Bomb—that one was a real “needed in the landscape”–type album, delving deeper into the weirdo genre-bending, melodic, dare I say “post–hip hop” lane N.E.R.D. carved out before him (and De La Soul, et al., before them). Goblin was tight, too. Bruh be putting in real work as a producer/songwriter, and also frequently be having bars. I haven’t listened to the other two since around when they dropped, but I remember them being decent, if a little more “horrorcore.”

I’ve heard Flower Boy referred to as a “return to form” for Tyler, but I’m not sure what that means, being that I never considered dude to have a specific “form,” per se. He always felt more chameleonic, like, unhindered by form—capable of curveballs at any given moment. Whatever, let me quit bullshitting and listen to the thing.

This shit go off from the get, wow. Bruh coming with bars, probably some of the best I heard from him thus far, earnest, straightforward, “woke,” maintaining that patent Odd Future surreality minus the violent misogyny and homophobia. Was about to pull quote some lyrics but I found myself highlighting the whole song to copy and paste, so yeah, it’s all bars, as they say. Rex Orange County can sing, that mellow easy Frank Ocean style, even the lyrics are Frank Ocean–esque, and the same churchy-but-not-too-churchy vocal acrobatics, the beat hella clean, I fucks heavily with the “vintage” synth sounds.

“Where This Flower Grows”

This song is a fuckin’ masterpiece. I’m one and a half songs into this album, and it’s a fuckin’ classic already. This joint and the last joint are two best Tyler joints I’ve ever heard. Dude’s rappin’ his ass off. Can’t even pick a bar to pull quote. Beat’s clean as hell. Clutch Frank Ocean feat. Rex Orange County vibes. This song’s very beautiful. This kid Tyler is gunning for Yeezy’s spot. Strangely, like, “innocent” music? Very free, but still painstakingly put-together; very pleasant stuff.

Is that Tyler’s falsetto? That’s crazy. I keep double-checking the track list to see who else is featured on this song, but naw, looks like it’s just Tyler and Kali Uchis? Didn’t know bruh had a falsetto like that. Maybe it’s some uncredited ringer? Kinda feel like it’s gotta be, actually—the timbre. Too lazy to research further, who cares, sounds tight. Uchi doing her thing, as always. This is a very beautiful and good song, and a very good and beautiful album. Definitely some Neptune stuff going on in here. Dude really grew the fuck up.

Glad to see Rocky on this alb, almost an unlikely pairing but also not really even that unlikely. What’s even likely or unlikely anymore in this day and age? This video is wild, like all dude’s videos, on some Eminem, Foo Fighters, Black Hole Sun, Busta Rhymes, Jim Carrey, David Lynch shit. ’90s suburban horrorcore stuff, very Caucasian, haha. Very weird video. Pretty weird beat too, Many fuego bars. Tyler on his Outkast flow. Rocky said “Who else step in this bitch this jig? / Who else your bitch say got a bick this dig? / Who else came through with a wrist this flick?” That’s bars; I’m reminded of 3 Stacks saying “sick my duck” on Elevators, classic. I heard Tyler gave this beat to Schoolboy Q and he turned it down. Woulda been tight to hear Q on this one, too. Oh well.

Dude got Jaden Smith and Roy Ayers on the same track, that’s literally fucking insane, very based. This song slap, hella beautiful. Sort of like a Fresh Prince Summertime–type joint. Perfect song. So far, this album is the third best album of the year after DAMN. and 4:44. Real Los Angeles vibes. Dr. Dre–esque, even. This whole album is pretty Dre-ed out, come to think of it. Bruh’s like Dre/Pharell yin/yang.

Dude, the chords, mane, very wonderful shit. Slow, reverby drums–type doo-wop; so much complexity in the changes. Estelle’s voice, the little background harmonies. That little distorted guitar, the Stevie synths, the quick salvo of spitfire bars at the end, so clean, mane, this shit is real as hell. Another fuckin’ masterpiece. Jesus, this shit is crazy, he literally stepped everything up. This is grown-ass music. Sit those Charlottesville Nazis down and have them listen to this song. Maybe they’d rethink that whole white supremacy thing.

More croonings from Rex Orange County, dude got pipes, pause. Anna of the North do her thing, classic Northern European pretty “indie” pop over some real classic late-’70s-style jazz-fusion R&B, but with that 2017 production sound. Mellow, “indie”-esque emo raps. Sorta like Ladera Heights/Baldwin Hills Eddie Scissorhands vibes. The complexity in the background of all these songs is like Herbie Hancock, Quincy Jones levels. This album was fuckin’ produced as fuck.

This joint is like playing Zelda in a Sinaloa trap house. This beat is fuckin’ loco, man. Sorta Timbaland, Missy Elliot–esque stuff. This fool said, “I been kissing white boys since 2004.” He really on one, hahahaha. Remember when Eminem and Elton John performed at the Grammys? I feel like this was the song going on in their heads when they were playing Mario Kart in the green room backstage. This song is kind of like a joint Madlib would make if he was from Virginia and had just snorted a line of Adderall.

Weird song. Bruh’s like “I’m a cop.” Not cool. Worst song concept on the album so far. Those lyrics aside, it’s a pretty song tho. “Shout to Elon…Musk” is funny. This dude’s mom must have the illest record collection. I fucks with all the abrupt switch-ups on this album. Rapping about copping a Tesla is a progressive bar. Tommy Chong got a saucy Tesla, I seent it. But I digress…

Lil Wayne is legit one of my favorite rappers of all time, and here he comes with his signature effortless multisyllabic entendres rattled off posthaste, opening with a Book of Genesis sex metaphor and continuing to flame in an elaborate fashion thereafter, a quick li’l Tyler hook, then the song’s over. More of an interlude than a song, but a necessary moment on the album fsho.

This is very good music. If somebody made an indie mumblecore Silver Surfer movie, this would be on the soundtrack. Sort of a honeydips-in-Gotham vibe. Souls of Mischief–esque. The sound-collage bridge of people talking about November is almost corny, but just weird enough to work. I dig the sense of space-time on this joint. Wild magical.

Is that a Vocoder? This dude’s hella funky, haha. Ending on a sweet, funky li’l instrumental is a classy move. Bruh really whipped out every last trick in the book, but not in a gimmicky way. This is a meticulous exploration, exhaustively researched, a perfectly sustained meditation, not a misstep on the whole album, all killer no filler, total heat rock, not a low moment (save that “911” hook, maybe, but even so the melody was chill). Essentially flawless album. A succinct distillation of bruh’s career. He’s finally arrived musically, really turned a big corner. Juiced to hear where he goes next. 10/10. 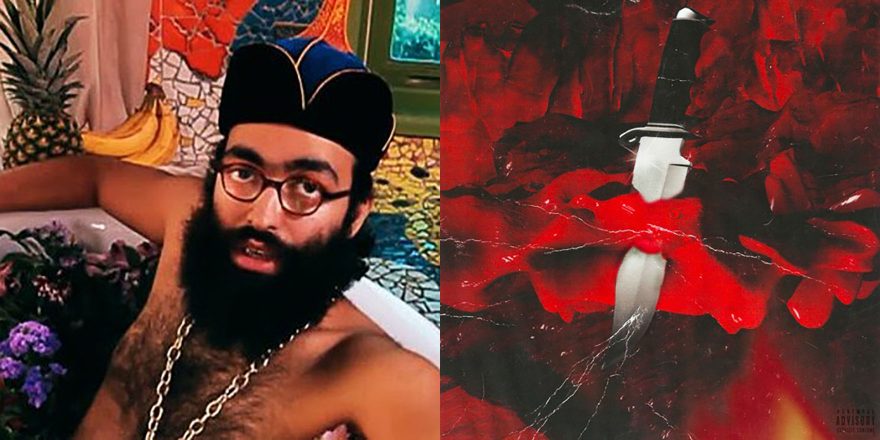 Notes on an Imaginary Version of 21 Savage’s Issa

Notes on the Real Version of 21 Savage’s Issa 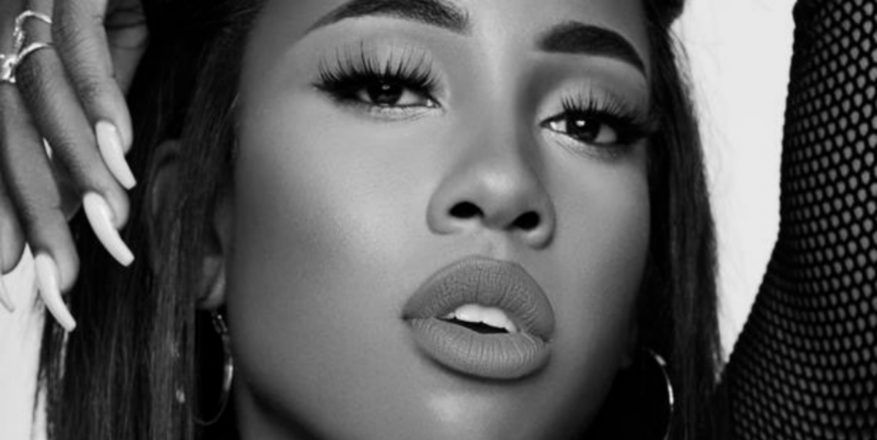 Sevyn Streeter on that Time She Crashed Chris Brown’s Session 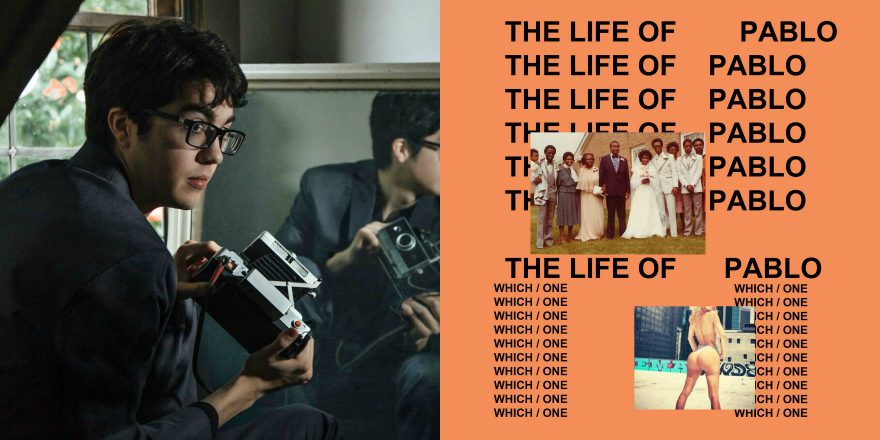