Writer and director Nick Simon grew up in Sioux Falls, South Dakota. He moved to Los Angeles in 2006 to attend the American Film Institute Conservatory. Upon graduation, Simon co-wrote and directed his first thriller, Removal. During the next several years Simon continued to write and direct for TV and film. Sticking within the horror and thriller genre. With films like The Girl in the Photographs, The Pyramid, and Cold Comes the Night”. Working alongside film legends like Wes Craven and Dean Cundey.  Simon is also pizza connoisseur, rescue dog enthusiast and lover of team-of-expert-movies.

Humans have been battling, and fearing, animals since long before movies were flickering in dark rooms, daring us to be afraid of moving pictures. It’s a classic, primal predator-prey equation, one that works so well because the roles can easily be reversed — man can hunt animal, animal can hunt man. The uncertainty of dominance and control is what makes the scenario so ripe for terror. It’s one of the main reasons films like Jaws, The Birds and The Grey have become part of the horror canon. It’s also why Crawl was so damn effective in 2019.

The film, directed by Alexandre Aja, is simple yet elegant. Haley (Kaya Scodelario), a competitive swimmer, sets out on a quest by driving straight into a Category 5 hurricane to save her estranged father (played brilliantly by Barry Pepper, who should get his own Underrated/Overlooked article). She soon finds him unconscious and wounded under his house, in a crawlspace that’s filling up with water. To make the situation even more complicated, he’s surrounded by alligators. What are the alligators doing? Who cares. All I know is that they’re hungry and because of them and the water that is constantly rising up, I am strapped into the front seat of a rollercoaster ride from hell.

The second this film starts, you’re on a relentless continuum of tension as Aja gives a masterclass in pacing that pushes this film to maximum efficiency. The story and characters are set up rapidly and within the first 10 minutes, you have a sense of who Haley is, what she does, and what her problem is – which is why as an audience we are able to jump in on this journey with her so quickly. Her task, essentially, is to triumph over tremendous obstacles and survive the unsurvivable. 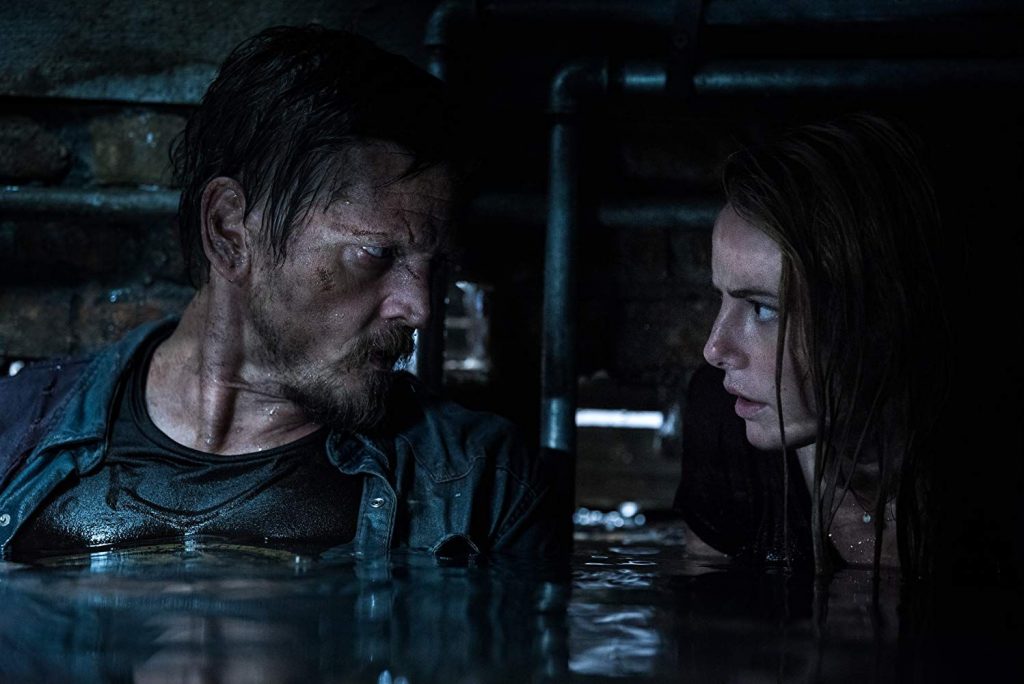 The human-animal dynamic is the selling point in this film, but it’s the relationship between Haley and her father that makes the film work so well. Kaya Scodelario does a wonderful job of making this character vulnerable and real; Hayley is someone we want to root for. We see a father character who is not only a tough coach, but also wounded and helpless, both physically and mentally, weighed down from a divorce and the house he was supposed to sell. Horror films always build in relationships like this to humanize a nightmare we don’t want to relate to, but they rarely work as well as this father-daughter bond which reverses their traditional roles, mirroring the flipped human/animal dynamic of the film’s premise, where humans are suddenly the prey.

But, as horror fans know, a cool premise does not guarantee a good movie. And that’s where Alexandre Aja comes in.

As a director, Aja pays immense attention to the details in his films, often blasting you subconsciously with additive minutia. Like, did you notice that in Horns, each of the main characters drive cars with license plates that point to corresponding Bible verses? Look them up: The verses summarize or contextualize the characters’ motivations. He understands what is scary to us, even if we don’t understand how he’s actually unsettling us. 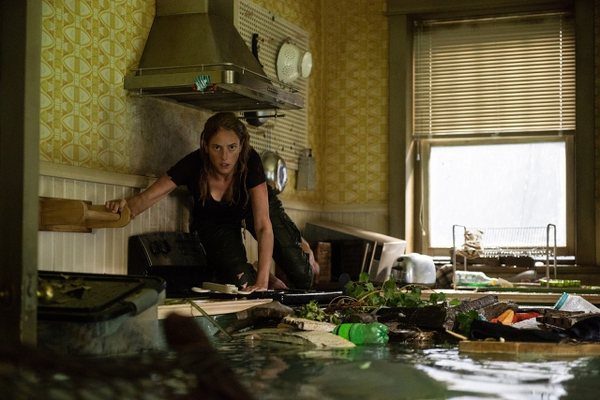 In Crawl, Aja starts his characters off as low as they can go: literally in a flooded crawlspace surrounded by alligators. It’s part of his method of breaking a film down to lows and highs, both emotionally and physically. It positions the characters in a space that forces them to forgive, evolve and learn how to transcend the moment, all while trying to survive the unreal scenario of their home being flooded with alligators. By the end of the movie, Haley and her dad are on the roof, having risen above their problems and survived this insane ordeal with most of their limbs.

So, let’s talk about the alligator in the room. Yes, Crawl pulled in $100 million at the box office. It’s not exactly a film that nobody saw, and audiences really loved it. But the reasons it’s an underrated movie are perceptual. Sure, everyone understands the film’s allure: Alligators are in your house, and they want to use you as a chew toy. It’s ridiculous and enthralling. What makes Crawl work is something else that’s so simple: the human relationship between a father and his daughter. They aren’t just caricatures trying to survive a nightmare, they’re well-built and relatable people whose relationship is stronger than the jaws of these beasts swimming in their home. We want them to succeed because we know them, we are them. Every horror film tries to nail that element, but few do. This film is about protecting your family. In fact, I would argue that both the humans and alligators are doing the exact same thing: protecting their families.

In recent times, there have been numerous movies saturated to death within the micro-budget/straight-to-cable man vs. animal genre, or sandwiched in between the huge franchise releases and sequels, so it took a movie as great as Crawl to really stand out. Aja’s movie is not just a fun popcorn flick with a cool concept, it’s a genuinely smart, well-crafted horror film. It works so damn well because in a man vs. beast equation, what we really care about is the man (and daughter), not the ridiculous math of it all.

Writer and director Nick Simon grew up in Sioux Falls, South Dakota. He moved to Los Angeles in 2006 to attend the American Film Institute Conservatory. Upon graduation, Simon co-wrote and directed his first thriller, Removal. During the next several years Simon continued to write and direct for TV and film. Sticking within the horror and thriller genre. With films like The Girl in the Photographs, The Pyramid, and Cold Comes the Night”. Working alongside film legends like Wes Craven and Dean Cundey.  Simon is also pizza connoisseur, rescue dog enthusiast and lover of team-of-expert-movies. 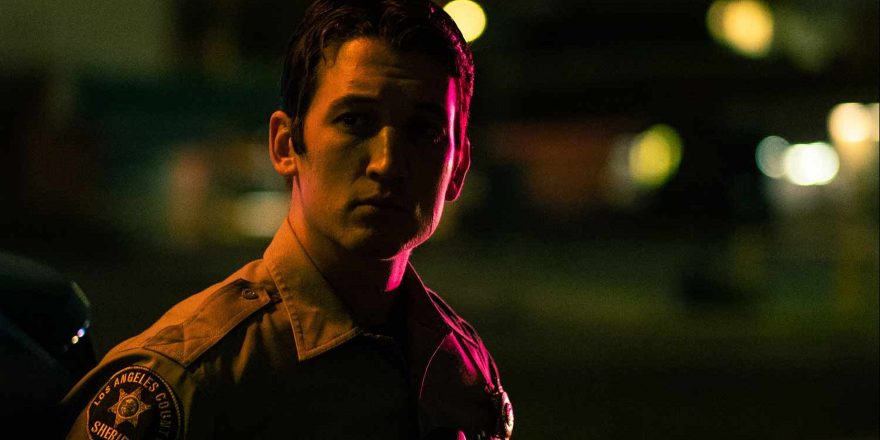 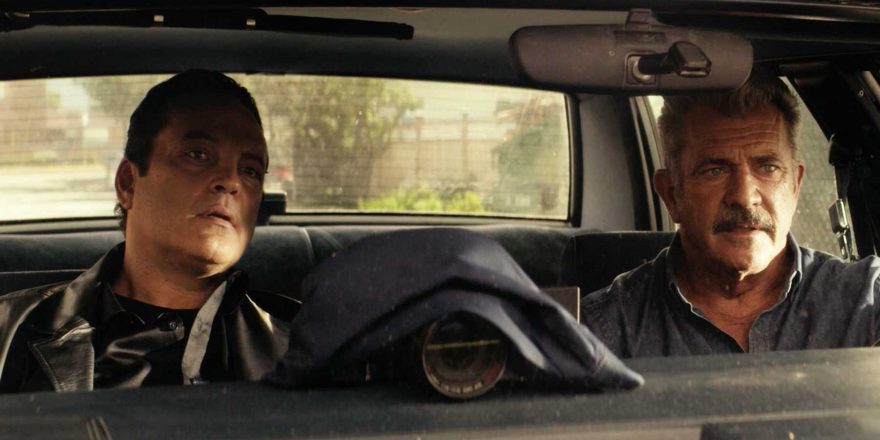 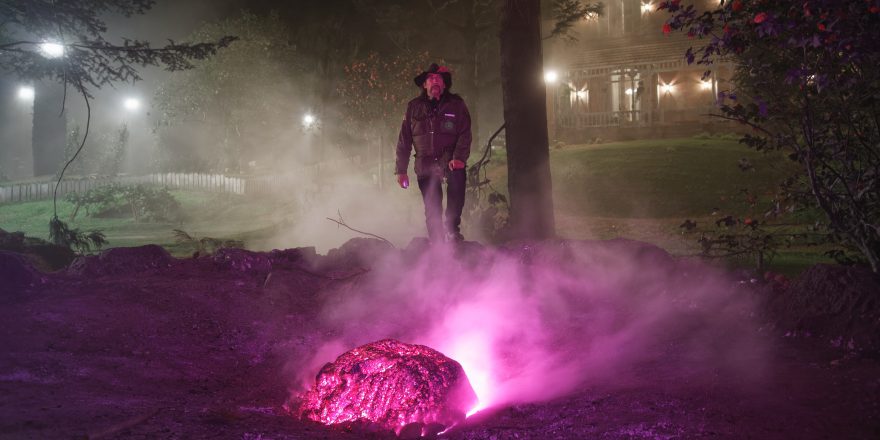 The Mythos Meme or, How Great Cthulhu Ate My Brain and Made Me Like It!