Multi-instrumentalist and producer Colin Croom made the leap from producing Twin Peaks’ second album, Wild Onion, to performing in the band itself, making his debut on 2016’s Down in Heaven. The band’s new album Lookout Low is out now via Grand Jury Music.

Multi-instrumentalist and producer Colin Croom made the leap from producing Twin Peaks’ second album, Wild Onion, to performing in the band itself, making his debut on 2016’s Down in Heaven. He and the rest of the Chicago quintet went an unprecedented three years between studio albums prior to this year’s Lookout Low, which they recorded in Wales with producer Ethan Johns (Kings of Leon, Paul McCartney, U2, Tom Jones). It was a departure from the band’s mostly DIY approach to recording, and found them tracking everything live — including vocals — in a handful of takes at most. They recorded and mixed the entire album in three weeks.
— Kyle Ryan, Talkhouse Contributing Editor

It was the first time we’d ever done anything with this much production or background thinking. Generally, it’d be like, “Let’s just bring our tape machine and all the mics we have to our friend’s house up in the Berkshires.” There would be a lot of writing and recording at the same time — “This song is about 60 percent done.” This was the first time that we’ve ever been rehearsed to a point of all parts were pretty dialed in. There’s still a bit of freedom for sure, but for us to have demos with every member of the band on the demos before we go and record it? That was a whole new thing.

If anything, it gave us more confidence in the parts that we were playing. Before, with Down in Heaven, it’d be like, “Alright, who’s manning the ship? Whose song is this?” The drums would get done, bass gets done, most of the groove and the chord changes were all figured out. Then it’d be like, “Alright, it needs a lead guitar line. Go in there and fuck around for a while.” Or “It needs a solo, so go figure some shit out.” Recording in that regard, there was that excitement, but it wasn’t necessarily the most competent effort on all fronts. So rehearsing a lot and demoing as extensively as we did certainly built some more confidence in our ability to play together and record the entire thing live. It didn’t feel like we’re going in completely blind in this experience, “Well, let’s see what happens — try not to frustrate the shit out of this guy.”

There are a couple of songs on Lookout Low that were first takes. A lot of Ethan’s points on why they were good, I appreciated them. You can get so fixated on a song or a part of a song, and then he would be like, “Well, yeah, you might not have hit that note exactly how you want to, but I can follow the story more on this take than I can on any of the other ones.” That’s something I’ve never really considered musically that much.

I’ve always viewed there being two types of recordings. There’s the one where you take the listener, and you put them in the room with the group, or the group comes into the room with the listener in a way. I call that the Blue Note recording, where you put on a Cannonball Adderley LP or Kind Of Blue, and you’re surrounded by a circle of musicians that are in the room, and acoustically you feel like you’re there. Then there’s the Sgt. Pepper’s recording where it basically transports the listener into some sort of different landscape, what you’re experiencing. I feel like a lot of music is that right now, and that’s not a bad thing. It’s pushing boundaries, and it’s unique. But it’s a rarity to hear a record and be like, Wow, I really feel like I’m in a fucking room with this band right now. That’s something that I think is unique to capture at this point in time, and I was happy to be a part of that.

We wanted to incorporate a human element because we’re not perfect musicians. I’ve used that accessibility when you’re recording and you’re writing at the same time. I’d be like, “I can sing all this shit,” but I’d never actually sing it while playing. I could sing it in my head alright, but I wouldn’t really try to fucking sing it until it’s time to record the vocals. Then it’s just like, Ah, shit. Well, this is harder than I thought. Maybe I should rewrite this. But to have that confidence to be like, “Alright. I know what I’m doing. We’ve played enough times.”

You know, at the end of the day it’s just three and a half fucking minutes. If someone doesn’t like it, they can skip it. Or, honestly if it comes up on someone’s playlist and they do like it, they’ll probably press a thumbs up after the first chorus, then they’ll go to the next song.

Multi-instrumentalist and producer Colin Croom made the leap from producing Twin Peaks’ second album, Wild Onion, to performing in the band itself, making his debut on 2016’s Down in Heaven. The band’s new album Lookout Low is out now via Grand Jury Music. 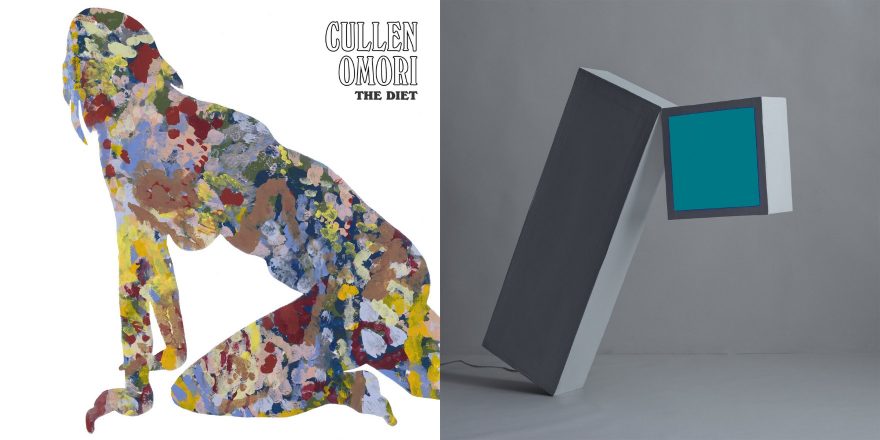 On BODEGA, and the Imitators and Innovators of Punk 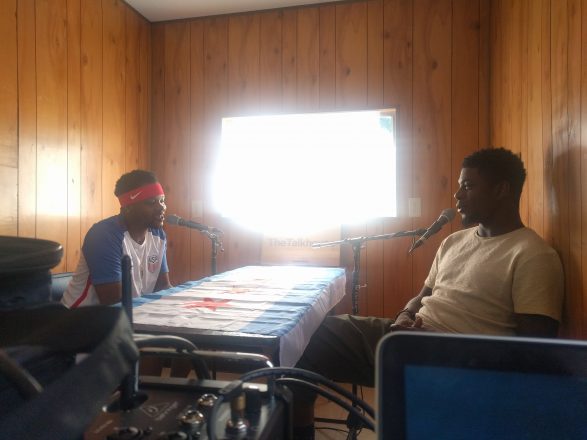