Nothing makes me want to see a movie faster than if it’s a mob movie. It doesn’t matter how tired the genre can feel sometimes, I can’t get enough. I’ve seen them all, from Goodfellas to Mobsters (starring Christian Slater and Patrick Dempsey as younger versions of famous gangsters — and no, I didn’t make that up). When the kind of gangster movie that Scorsese and Coppola perfected on the big screen found its way to the small screen in the form of David Chase’s brilliant The Sopranos, I gobbled that up, too. Even though I’m only half-Italian, it was always enough for me to claim that I had some sort of inside insight on these kinds of stories. (I didn’t.)

In the winter of 2009, I remember being especially excited to see Matteo Garrone’s highly acclaimed Italian Mafia film Gomorrah. I went by myself on a Tuesday afternoon at the Royal in Santa Monica, and I’m embarrassed to say that sometime during the second act I fell asleep for about 10 minutes. I’ve since seen Gomorrah again and think it’s a grim, brutally real and, yes, brilliant piece of filmmaking, but I don’t know if I really like it. The problem is, I was raised on the American gangster movie. You know, slow-motion shots of Robert De Niro smiling and smoking, plotting a foe’s demise, all while a Cream song plays. Or a montage of dead bodies set to Derek and the Dominos’ “Layla.”

The newly released Italian crime movie Black Souls, directed by Francesco Munzi, has more in common with Gomorrah than a Scorsese wiseguy flick. It’s a subtle, pitch-black Mafia tale, unfolding at a slow but deliberate pace, a naturalistic drama that unflinchingly depicts the horror of violence. Once you are oriented to the characters, their relationships with each other and their shared history, the movie steadily draws you in, getting richer and more engaging as it goes on. It’s based on Gioacchino Criaco’s Anime Nere, a novel inspired by real-life events, and that grounding in reality sets the tone here.

Like most Mafia movies, Black Souls is concerned with family, and the toll that organized crime takes on the doomed people who get wrapped up in it. The family in Black Souls is the Carbone clan, who live in the quaint mountain region of Calabria, where the local Mafia is the ’Ndrangheta (a real-life criminal organization). The story focuses on three brothers: Luigi (Marco Leonardi), the brashest and most colorful character, who resembles Sonny Corleone in temperament and is most like a typical Mafia movie character; Rocco (Peppino Mazzotta), the business-minded Michael Corleone type who, along with his wife, Valeria (Barbara Bobulova), enjoys the spoils of the life but doesn’t want to get dirty; and Luciano (Fabrizzio Ferracane), a gentle goat farmer who wants nothing to do with this gangster shit. He’s stayed away from the family business his whole life, and has no intention with getting involved with it now.

Luciano’s 20-year-old son, Leo (Giuseppe Fumo), has different ideas, though. He’s the young gun who, at one point, threatens to make his enemies disappear “one by one, like Skittles.” (How intimidating can you be when you evoke colorful little candies?) Leo idolizes his dirt-doing uncles and wants to be part of their business, which goes against almost every wish his father has for him. One night, Leo and a friend steal a shotgun and shoot up a bar that, unbeknownst to them, is owned by a rival gangster alleged to have killed Leo’s grandfather. Thus a dormant blood feud is reignited.

The tale of familial revenge that unfolds isn’t exactly unfamiliar, but if you stick with Black Souls it will reward your patience. The acting and cinematography are also admirable, and it makes me want to see more of Munzi’s work. One of the best parts of the movie is a lengthy central sequence set at the family’s vacation home, where the Carbones cook, drink, shoot guns and play music together. It’s the calm before the storm.

It could be said that films such as Black Souls and Gomorrah take the fun out of being in the Mafia. But while I may not be in a rush to see Black Souls again, it stayed with me long after I viewed it. For an Italian wannabe obsessed with movie gangsters and movie violence, this serious and often hard-to-watch movie was a necessary reminder of the true price of a lifestyle that movies since the ’70s have depicted as glamorous. Munzi’s film plays it to the bone. 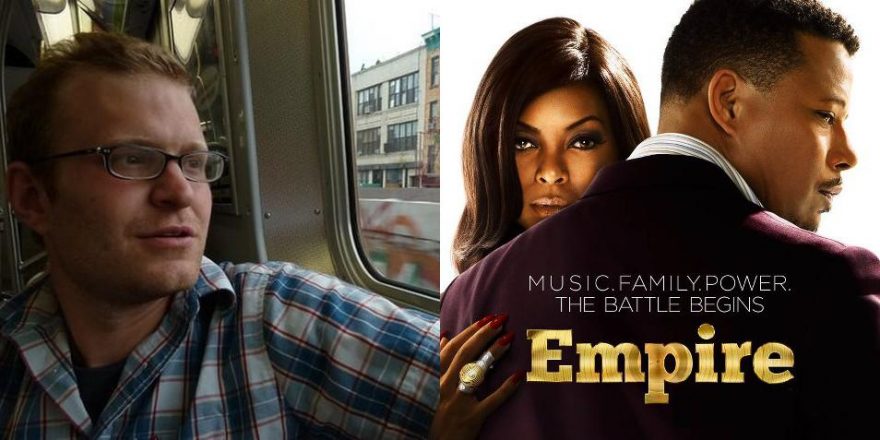