“Perry was always asking me: ‘Why are you writing this book? What is it supposed to mean? … Tell me in one sentence why you want to do it.’ So I would say that it didn’t have anything to do with changing the readers’ opinion about anything, nor did I have any moral reasons worthy of calling them such — it was just that I had a strictly aesthetic theory about creating a book, which could result in a work of art.
“‘That’s really the truth, Perry,’ I’d tell him, and Perry would say, ‘A work of art, a work of art,’ and then he’d laugh and say, ‘what an irony, what an irony.’ I’d ask what he meant, and he’d tell me that all he ever wanted to do in his life was to produce a work of art. ‘That’s all I ever wanted in my whole life,’ he said. ‘And now, what has happened? An incredible situation where I kill four people, and you’re going to produce a work of art.’ Well, I’d have to agree with him. It was a pretty ironic situation.”

When disgraced New York Times journalist Michael Finkel (Jonah Hill) meets accused murderer Christian Longo (James Franco), both men are at a bleak impasse. Longo awaits trial for the brutal murders of his wife and three children; Finkel has limped away from a successful career after publishing a magazine cover story built on a lie. When police find Longo hiding out in Mexico, he’s impersonating Finkel; apparently he’s a fan of the Times writer’s swashbuckling style. Finkel hears about this too-good-to-be-true coincidence and visits Longo in an Oregon jail. Even though he’s still a reporter with a nose for the sharp tang of a career-defining story, Finkel’s also humbled, tinged with guilt, seeking redemption.

With its symbiotic undertow and troubling friendship between criminal and writer, I found it impossible to escape the long shadow of Capote’s In Cold Blood while watching True Story, the first feature directed by Rupert Goold, the artistic director of London’s Almeida Theater, and co-written by Goold and David Kajganich. The movie is based on Finkel’s compelling (if self-serving) book of the same name. During an initial meeting, Longo offers exclusive access to Finkel, with two conditions. One: he can’t publish until after the trial. Two? “Teach me to write.” Later, Longo sends Finkel an obsessively detailed diary, “Wrong Turns.”

During that first meeting, Longo corners Finkel, asking, “Did you do it?” Finkel replies, “I should be asking you the same thing.” Longo subsequently admits, “When I was being you, it was the happiest I’d been in a long time.” Finkel also confesses to Longo, “At the very same time you were using my name, they stripped me of it. Tell me what it’s like to be me.” This is clever, well-crafted movie dialogue, to be sure, but you can feel the screenwriting in moments like this and I longed for the bracing tonic of fact.

At the height of his fame, after the publication of In Cold Blood, Capote explained to Plimpton his belief “that journalism, reportage, could be forced to yield a serious new art form: the ‘nonfiction novel,’ as I thought of it.” Capote’s detractors suggested this serious new art form “was little more than a literary solution for fatigued novelists suffering from “failure of imagination.” While he acknowledged using his artistry as a novelist to unspool the facts of the case, Capote himself made hard-to-believe claims about his word-perfect memory, saying he was “within 95 percent of absolute accuracy, which is as close as you need.”

Like most fact-based narratives (including my own films Swoon and Savage Grace), True Story reshuffles history. But the movie has most gravity when it draws its images from the haunting, troubling facts. Goold is known for his risk-taking theater, and I wish he had relied a bit more here on pure visual storytelling. The movie is also especially weak in its generic and unnecessary flashbacks to the happy, intact family.

Goold starts True Story with a simple, powerful overhead shot of a very young girl. Is she sleeping? Dead? Laying in a tumble of clothes. In a suitcase. A teddy bear drops down, joins her in this messy nest. A hand zippers them inside. The suitcase splashes in harbor water. Now wheeled on a gurney. Reveal the dead girl in a hospital room as we cut to Africa to meet Finkel in the midst of his career-crumbling deception. And then to a Mexican chapel as fresh-faced sociopath Longo lights a church candle and charms his way into the bed of a blonde German tourist.

When I got home from the movie, I was lured by the siren call of the GoogleMachine where I typed “Christian Longo,” selected Videos and discovered 48 Hours: The Pretender, originally aired May 31, 2005.

I marveled at the impartial, unblinking eye of the documentary camera. Noticed the sharp, telling details that the True Story filmmakers either ignored or chose to reinterpret. The real Christian Longo speaks with the cheerful flat vowels of the Upper Midwest (a detail Franco’s performance lacks) and he possesses the chiseled prettiness of a small-town homecoming king, which later turns soft and overripe. I was chilled by the sight of a shirtless Longo, self-consciously posing with a lap full of his children. In an orange prison jump suit, Franco, with his scruffy hipster beard and knowing, sly vibe, is worlds away from Longo’s earnest, high-functioning narcissist.

After murdering his entire family, Longo takes off to Cancún, an unsurprising choice for this suburban Bluebeard, the blasé pleasure capital of frat boys and girls gone wild. While the movie does a solid job with the blonde German tourist Longo meets and romances at a youth hostel in Cancún, she’s more vivid in the documentary footage, with her sleeveless top, toned arms and snake tattoo. I never cringed in the movie the way I did in this doc, when the German girl is dazzled by Longo’s false credentials as a Times writer and casually gushes, “Great, yeah, it might get me somewhere.”

Or much more devastatingly, in a phone call between the 48 Hours journalist and an imprisoned Longo, who admits the pulse-stopping reason he strangled his daughter Madison to death instead of phoning 911 when he discovered she was still breathing: “I was not nearly as close with Madison as my other two children.” (Those other two children he weighted with rocks and threw off a bridge while they were still alive.)

Though Jonah Hill gives a performance that’s the more nuanced and believable of the two leads, I took one look at the real Michael Finkel’s silver ear cuff, or his sometimes smarmy, wide-eyed intensity on camera, and thought, again, a missed opportunity. Felicity Jones, who is both excellent and inexplicable here as Finkel’s partner Jill, is given a credulity-stretching monologue at the movie’s climax. And though I didn’t believe for a minute that her character would visit Longo in prison, this obvious piece of dramatic invention had more weight than some of the “ripped from the headlines” elements of this worthy but ultimately unsatisfying film. 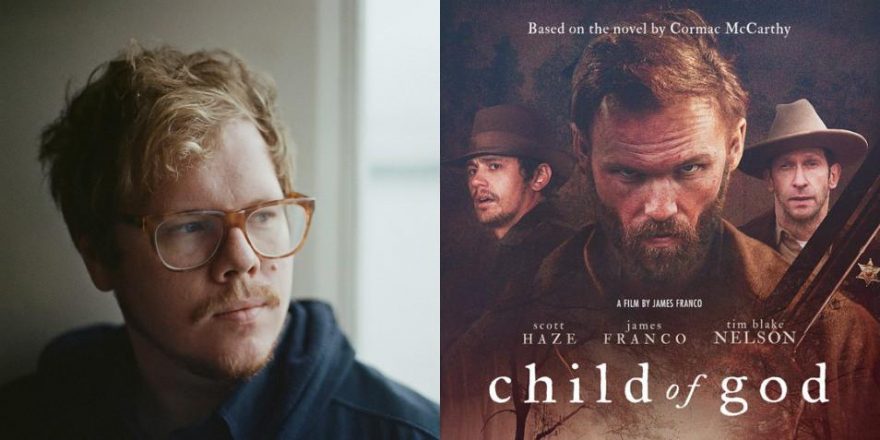