After decades of research both in the field and my various lab appointments, I have come to the conclusion that the most important part of being in a band is appearing cool.

Whether it’s conscious or not, that’s what people respond to. My personal sense of what’s cool is very expansive. Gordon Lightfoot and the Carpenters often sound cool to me, as did the Specials on their first record. No one is cooler than Wu-Tang Clan and Slayer and Lungfish and Bauhaus. Those bands make you feel like they’re from another planet and you’re possibly in danger.

One of the coolest things I’ve ever seen was at a Refused show in Sweden in 1997. I was traveling with the Promise Ring, supposedly to sell T-shirts, but mostly invested in experimenting with trans-Atlantic expansions of my sexuality. And I thought Refused were cool guys, in that way that back then you could go to any small town and through some subtle layers of coding, identify the people in on the secret: who knew to like Nation of Ulysses and Born Against and soy ice cream.

I don’t remember much about their music, but I remember the singer, Dennis Lyxzén, was truly a genius. I’d say his form of genius was more like a Chinese acrobat’s genius than a musical genius. But I also don’t know if I’d call Bob Dylan’s genius “musical genius,” even if it is music that expresses his genius. You know?

Anyways, Dennis was doing amazing stunts — these incredibly choreographed gestures — and simultaneously, music was happening. He was like the Michael Jordan of microphones. One show was in a small arena and he threw the mic high up in the air and caught it perfectly on a downbeat. That was cool, like “damn, that guy really timed that perfectly.”

But it was on the second or third night that he did the most amazing stunt. In between songs, he was talking in Swedish. This was in a small town, so maybe just 100 to 200 people were there, in a small church/community center kind of room. And the entire room of sweaty Swedes all got silent and listened attentively. I didn’t speak Swedish back then (full disclosure: I still don’t). So I was just chilling, but no one called it chilling back then. It was pretty crazy to see a room so quiet and attentive, and it really spoke to the power that the band had over the room. And that is when the really amazing thing happened.

I’m standing there with the Promise Ring guys. Dennis says something in Swedish. And then the entire room — every single person that spoke Swedish — parted in the middle of the room like Moses parting the sea, and the band members all put down their instruments and, with Dennis in the lead, they all ran off the stage and through the room, and the entire audience lined up behind them single file and this parade of the entire audience ran outside. Obviously us five Americans were struck with terror — was there a fire or something? So we followed them outside and watched as the entire audience ran a wide loop around the green grounds of this church or community center. It took a minute. I remember it was still light out, but maybe we were so far north that it stayed light late. And then with Dennis in the lead and all the Swedes smiling and out of breath, here they all came in a parade and back into the room, everyone back into position as band and audience, and then the band went right into its next song.

I remember I was working on a cover of “The Beautiful Ones” by Prince at that time, and I went and sat in the van and played that for a while. Strange, the things you remember.

I am really so happy that I saw that magical moment almost 20 years ago. I feel lucky to have seen it.

With all that said, in the here and now, I am ultimately and unfortunately just left confused, struggling to resolve what I think Refused is trying to do on its new album Freedom — its first album since breaking up in 1998 and reuniting in 2012 — and the inefficiency by which it goes about it. Bob Marley, for example, does not particularly align with my tastes and biases, but he actually comes across much more fierce to me than this record does, because his righteous outrage is given effective expression.

Frankly, on Freedom, Refused comes across as quite a bit more self-conscious and intentional than my preferred strains of liberation. They work so hard at trying to sound wild and free, and all I can hear is the labor, and not in a cool, self-aware, Marxist way like they’d like. The tilt and strutter in the riffage of opener “Elektra” does not demonstrate effortless dexterity, but affectation. I infer that the cultural pose they intend to strike is supposed to evoke some kind of post-Nation of Ulysses or Born Against feeling, but “War on the Palaces” and “Servants of Death” actually sound more like L.A. Guns with Queensrÿche’s production team.

It’s really an album of capital-R Rock clichés, all fluffed up by production meant to imply some frantic genre-hopping diversity. But this never comes across as a synthesis — not even in the way that an element in a collage maintains its own identity while being absorbed into the whole. It sounds more like flipping through channels, not sitting in any one spot long enough to create an emotional impact. I get that maybe this disorientation is supposed to express the intensity of the isolation of the postmodern self, unable to find footing in an ever-shuffling network of identities — truly not unlike finding your footing in an earthquake at this historical moment. But Naked City did that 25 years ago and Burroughs did that 25 years before that and they weren’t worried about Rocking while they did it. This is entertainment, not art, and I get that, but maybe that’s why I find its posturing cloying and offensive.

It’s not only that it feels disingenuous. Who cares about that? KISS and Bauhaus can both also easily be accused of that. And Refused is no threat to anyone carrying on the traditions of Burroughs or Naked City in a serious way. And I whole-heartedly endorse the politics that motivate every one of the slogans included here. But political right-on-ness does not a successful record make. The record fails to be powerful because the band seems unclear about what it is exactly it intends to do — will the entertainment aspects kowtow to the conceptual conceits, or vice-versa? It’s weird and sad and heavy to hear this record as proof that when the signifiers of rebellion become clichés of conformity, it’s a demonstration of postmodernism’s ultimate victory as a political weapon. You know?

And in anticipation of some dumbo’s common response to any critique — “you’re over-thinking it. It just rocks” — I have to say, “I am thinking about it only as much as the band is asking me to as a listener. And that’s exactly my problem with it — I wish it would just rock.”

Undoubtedly, given the circumstances of their legendary status and all, these guys were under a lot of pressure. I bet with some momentum on the road and the confidence to chill out a little, their next record might be cool. 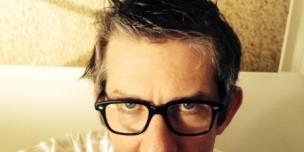