Born in Horn, Austria, in 1985, Severin Fiala studied directing and screenwriting at the Film Academy Vienna. Veronika Franz was born in Vienna, Austria, in 1965. Originally a film journalist for the Viennese daily newspaper Kurier, since 1997 she has accompanied director Ulrich Seidl as an artistic collaborator. The internationally award-winning documentary Kern, which premiered at Festival del film Locarno, marked both Franz’s debut as a director and the first film she made with Severin Fiala. It was followed by the pair’s first joint fiction feature, Goodnight Mommy (2014), which had its world premiere at the Venice International Film Festival. Franz and Fiala’s latest film, The Lodge, a horror film starring Riley Keough and Jaeden Martell, premiered at the 2019 Sundance Film Festival and is in theaters through Neon from February 7.

Three Great Things is Talkhouse’s series in which artists tell us about three things they absolutely love. To mark the release of The Lodge, the new horror movie starring Riley Keough, writer-directors Severin Fiala and Veronika Franz — a nephew-aunt filmmaking team whose tastes are (almost) always identical — share some of the things that they love most. — N.D.

Francis Bacon
The first thing that came to our minds was Francis Bacon. In his paintings, he manages to see what’s underneath the surface of people. It’s like images from under the skin, images of fear. He’s a master of painting fear, of painting people who are imprisoned in their own body and trying to break out. We’ve always loved his work and his paintings were a huge inspiration to us for the nightmare sequence in our first fiction film, Goodnight Mommy. The camera follows a woman through the woods, and once she takes off her bandages, the camera starts to move around the woman in a circle, from her back to her front. However, before we can see her face, the image starts to shake and blur. Those images are deeply inspired by Francis Bacon’s work; you don’t see the person’s face, yet it reveals something much deeper about their fears and inner state. 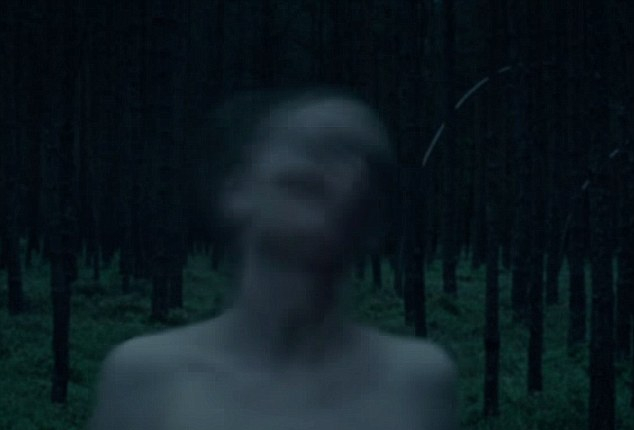 A few years ago, there was an exhibition of Bacon’s paintings at the Viennese Art Museum, and we both went. But I actually don’t think we’ve ever really talked Bacon together before. We’ve always liked very similar things, though, and we feel the same about his work. We talked about him while we were making Goodnight Mommy, because we felt his images could be a good example for the scenes we had in mind, but we never discussed why we felt that way, because it’s not necessary. Because we know we feel the same. When we’re on set, we never really have to discuss a scene very much because, again, we know we feel the same way. And the same goes for watching other films, reading scripts, etc.

It’s strange, even when it comes to music, we have the same tastes, as neither of us has a very strong connection to pop music. When Veronika was young, she never learned English in school, so she couldn’t understand all the pop songs on the radio and so only listened to German schlager singers. And Severin, weirdly enough, liked them too. So most of the time, we feel completely the same about music, and about everything else. The only time we fight when we’re making movies is when we’re in the editing room, in the very last days of postproduction, and it’s always about the tiniest details that actually don’t make a difference. But at that moment, we believe it’s the most important decision we’re ever going to make – and then we start to argue, without knowing who’s really right or wrong. We are so used to thinking the same way, to seeing films or books in a similar way, that on the rare occasions when we don’t agree, Severin always looks at Veronika in a very desperate way, because he cannot believe that we don’t agree. (And Veronika really likes that expression in his eyes when that happens!)

Brains with Eggs
Brains with eggs is an Austrian dish which Severin loves to cook and Veronika loves to eat. The brain could be from a pig or a cow – from any animal – and it’s cooked with eggs. It’s basically like an omelette, but with brains. It used to be a very common national dish in Austria, but people nowadays think, “Brains – yuck!” Veronika used to eat it in her childhood, as her father made it, but because people don’t make it anymore, she hadn’t eaten it in a long time. Some time ago, we had a party for a movie and Severin cooked brains with eggs. Veronika ate a small portion, and then another small portion, and then one more small portion. Then she felt a little embarrassed and took the big bowl back into the kitchen, and never returned. When Severin looked for her, he found Veronika in the kitchen, eating the whole bowl – there were four or five brains in there!

We like to cook together, that’s also something that connects us. We sometimes cook strange things, like lungs, heart or intestines. (We really believe in the idea that if you kill an animal to eat it, you should eat as many parts of it as possible and that it’s a waste to throw away the liver or offal.) When we made a short film for the horror anthology The Field Guide to Evil, we had a very small budget, so we invited all the crew over and cooked for them. We wanted to make them something special, so we served a cow’s udder. To be honest, it was not one of the best meals we’ve had – you can hardly eat udder. It’s tough and even though we cooked it for five or six hours, it was still quite chewy and had a rather specific taste that most people didn’t appreciate.

We’re very much in love with eating, so we know lots of restaurant chefs and people working in the food industry. For all the really unusual things we want to cook, we can easily go to chefs we’ve befriended and ask them to order it for us. Buying brains is actually not that difficult; a regular butcher will have it about once a week, and you can just order it. When it comes to udder, that’s something the more ambitious chefs have to help us with.

Karaoke
Karaoke is another thing we like. We are the worst singers, and that unites and connects us. We both have emptied whole rooms just by singing, and yet we love to sing. That’s what we like about karaoke: you are allowed to sing, even if you’re not great at it. The last time we did karaoke was at a film festival in Korea. Karaoke is huge with Koreans, and they are very polite, so of course they asked us to sing. We handed in a song, we sang, and it went relatively well. I thought, “OK, let’s do another one,” so we handed in a second song, but they never called us again. They were too polite to say, “You’re not allowed to sing anymore,” they just wouldn’t call us to the stage. They’re all good singers and take karaoke very seriously there.

There was another time we did karaoke at the Brussels Film Festival, which is a very iconic festival because everyone who goes on stage there has to sing. The audience will ask you questions and then at a certain point they will say, “Chanson, chanson!” and then you have to sing. It was one of the few arguments – or crises! – that we’ve ever had, because Severin doesn’t care how badly he sings on stage, but Veronika is more shy and wanted to find a song beforehand, so that it wouldn’t go terribly! But, of course, it did go terribly, even though we picked a song beforehand. We warned the audience, “OK, we’re going to sing a song, but if we start, you have to listen till we’re done.” They said yes, so we started, but after the first line, the whole cinema – 800 people – shouted, “Stop, stop, stop!” But we kept going. Later on, we won an award and so we had to go on stage and sing again! The first song we sang was “Griechischer Wein” by Udo Jürgens, which translates as “Greek wine” and is basically a drinking song. The second song was the “Krüppellied” by Helmut Qualtinger, which is a very Viennese song with a dark sense of humor, about a person who sings that every time he feels miserable, he looks at disabled and homeless people and then feels much happier. The songs we like are mostly cheap German schlager songs; we’re so bad at singing, we have to choose something easy, and schlager songs are not difficult to sing.

We even have a singing story related to The Lodge. We had a few Skype sessions with Riley Keough, and one was just before Christmas. She’d just got off a long distance flight, so she had jet lag and was very, very tired when we talked. She was actually in bed when we were Skyping, and we ended up singing her a lullaby, “Guten Abend, Gute Nacht,” from Goodnight Mommy. I think it was the moment she started to really like us, because we are such bad singers and she is such a generous person (and a good singer!). She likes people’s weaknesses. If you really like someone, you like their weaknesses too. Liking the good in people is very easy, but to like their weaknesses is a real challenge. And she liked our bad singing!

Born in Horn, Austria, in 1985, Severin Fiala studied directing and screenwriting at the Film Academy Vienna. Veronika Franz was born in Vienna, Austria, in 1965. Originally a film journalist for the Viennese daily newspaper Kurier, since 1997 she has accompanied director Ulrich Seidl as an artistic collaborator. The internationally award-winning documentary Kern, which premiered at Festival del film Locarno, marked both Franz’s debut as a director and the first film she made with Severin Fiala. It was followed by the pair’s first joint fiction feature, Goodnight Mommy (2014), which had its world premiere at the Venice International Film Festival. Franz and Fiala’s latest film, The Lodge, a horror film starring Riley Keough and Jaeden Martell, premiered at the 2019 Sundance Film Festival and is in theaters through Neon from February 7.