Paul Maroon was the guitarist in Jonathan Fire*Eater and then in The Walkmen. Most recently, he’s collaborated with Jenny Lin on the record 13 Short Piano Pieces, which is out November 11, 2022.

Three Great Things is Talkhouse’s series in which artists tell us about three things they absolutely love. From the early 1990s until 2013, Paul Maroon was the guitarist (and occasionally other things) first in Jonathan Fire*Eater and then in The Walkmen, two massively influential bands most associated with the bustling NYC scene of that era. The Walkmen went on indefinite hiatus in 2013 — though their social media has been hinting at something recently — with the members heading in various interesting directions: Singer Hamilton Leithauser has had a fruitful solo career and recently scored a documentary about Paul Newman and Joanne Woodward; drummer Matt Barrick has recorded with a ton of bands and regularly tours as part of Fleet Foxes; bassist Peter Bauer and keyboard player Walter Martin have done incredible solo records in recent years. Maroon scored the Oscar-winning documentary Heaven is a Traffic Jam on the 405, and left the pop/rock world behind almost completely recently, and started composing classical music. This week he’ll release 13 Short Piano Pieces, a collaboration with pianist Jenny Lin, and we’ve got an exclusive first listen to “Alfama” below. But first, Maroon tells us about his three great things.
—Josh Modell, Executive Editor

My ear is very weak for a musician. Apart from the mood of a piece, the harmony of complicated music goes right by me. So I will sit daily with a piece I love, maybe 10 minutes in the morning, and try to see how much more I can remember each day. Over the course of two weeks or so, I begin to put it together in my head. It’s a form of meditation but also it’s personal improvement. The quartet I’m going to suggest is a stunner and profoundly complicated. I think many of these greats of early twentieth century music must have been on the spectrum somehow, because the structure and development — it’s all there, it’s not just a chaotic breaking of rules, so that’s there for your ear to learn.

I’ve always had a soft spot for starter modernists, Shostakovich and Stravinsky. The more complicated ones, the truly atonal ones, I didn’t really get into until I started working on this stuff. Writing for bands, there were so many rules in my head by the end that I would try to write the simplest things I could. What a treat it’s been to throw all those rules away and start over! And since things are so gloomy and fragmented in the world right now, I find a lot of 1920s and 1930s music sounds like now to me. It’s also why I decided to use 1930s clips of Lisbon in the video I made for “Alfama.” Eastern European composers of that time — Bartok, Schoenberg, Shostakovich—their music sensed what was happening. It’s the music I’m most drawn to these days and the biggest influence on my pieces.

Everyone’s really tired of guys like Bezos. I was also a little tired in general, and bored [during the pandemic]. It turns out it’s super easy to shoplift there. They have the self-checkout, all you have to do is put something directly in your bag without scanning it. My friend Nick from the band French Kicks, I would write him every time I did it, like “three heads of Romaine lettuce,” or I’d send him a picture of my daughter eating a boosted grapefruit with a big smile. He seemed to enjoy it. I figured I was safe because everyone, Democrat and Republican, seems to hate Jeff Bezos. And you save yourself about $12 a week, if you steal one thing each time you go. I’ve put it behind me but I could go back. Sometimes you need a little thrill. I would never steal something big and important like a Tuna steak, I’m too much of a pussy.

My wife is a professor, and I’ve been blessed in that I can work anywhere. At first moving was a drag. But after about the seventh or eighth time, you’ve thrown everything away, so moving isn’t nearly as difficult, and it’s lovely to be somewhere new. I call it slow tourism. Musicians are terrible regular tourists I’ve found. They’re too cheap and they’ve been a lot of places and don’t travel well anymore. Slow tourism is just settling in to a place, maybe seeing one site a week and living your life. We’ve lived in Seville, we’ve lived in New Orleans, Lisbon, Montreal, DC, New York, Philly, Baltimore. I find it very inspiring to be somewhere new and it feels like a new life. I would suggest it for people when they’re young, and if they do it a bunch it becomes really easy. For example we lived in one place in Baltimore and the sewer main broke, pumping raw Baltimore sewage — the good stuff — into the basement.  So we just immediately moved. We were out the next day and never went back.

I think New Orleans was my favorite city to live in, which is partly nostalgia for my kids being little. But I love it here in Seville, and I loved Lisbon, too. Those are the three that stick out. In the middle is DC, Philly, and New York maybe. I got so sick of living in New York though. Seville and New Orleans have so many similarities; both seem very removed from the country they’re in. Both feel like you’re walking into a play that was going on before you got there, and it’ll continue when you leave. Both are super religious, at least in custom. Parades all the time. And both have more people getting drunk at lunch than is remotely reasonable.

Paul Maroon was the guitarist in Jonathan Fire*Eater and then in The Walkmen. Most recently, he’s collaborated with Jenny Lin on the record 13 Short Piano Pieces, which is out November 11, 2022.

Jenny Lin
Jonathan Fire*Eater
music column
Paul Maroon
the Walkmen
Three Great Things
track premiere
Being Jason Vaughn, or How I Kickstarted My Career By Becoming My Own (Fake) Agent
Dina Amer Talks with Ramy Youssef on the Talkhouse Podcast 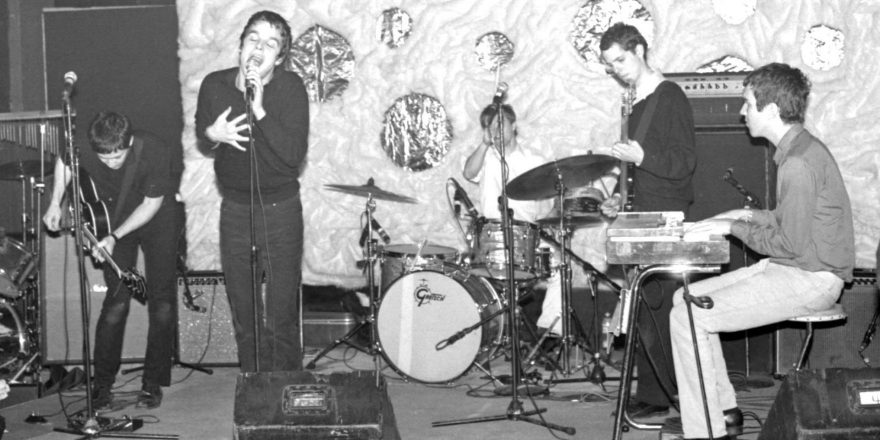 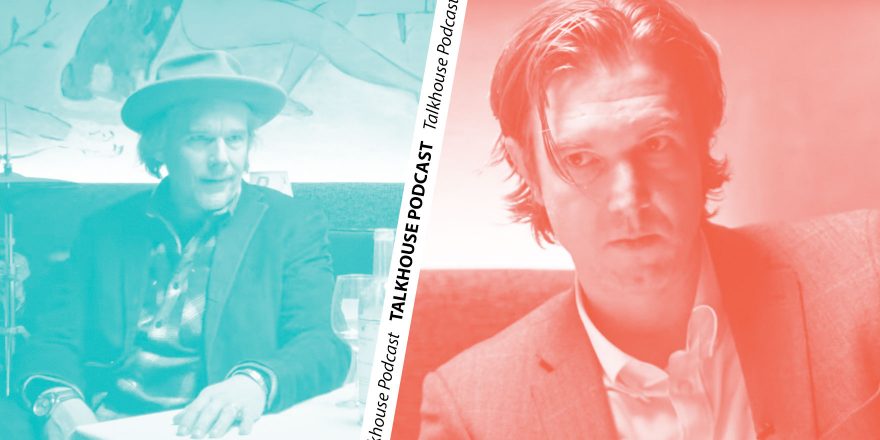 Hamilton Leithauser Talks with Ethan Hawke on the Talkhouse Podcast