Frank Mosley is a Texas-born actor and filmmaker living in Los Angeles. He’s a fellow of the 2015 Berlinale Talents, 2017 NYFF Artist Academy, and 2016 Workshop for Auteurs led by Abbas Kiarostami in Cuba. He can be seen in films such as Upstream Color (Sundance 2013), Freeland (SXSW 2020), Chained for Life (Kino Lorber), The Ghost Who Walks (Netflix), and Some Beasts (Jury Prize for Outstanding Performance at the 2016 Sarasota Film Festival). Kinoscope and The Spectacle Theater (NYC) have held retrospectives of his directing work that has played festivals such as Slamdance, Champs-Elysees Film Festival, Northwest Film Forum, Dallas Museum of Art, and Anthology Film Archives. He’s been called “a superb actor and filmmaker” (RogerEbert.com), “a major cinematic voice” (Vague Visages), and “a dependably fantastic American indie mainstay” (Filmmaker magazine). (Photo by Frederick Trevino.)

I didn’t know it was going to take 10 years.

In 2009, I was a few years out of college and had just directed my first feature, Hold. In this film about a couple in the aftermath of a home invasion, I took my first steps toward risk-taking: I opted for on-screen silence, long static takes, and close-ups that frequently broke the fourth wall. But while it was written by the film’s star, my friend Robby Storey, I knew that my next idea was going to be mine alone to face. I’d never written a feature film before. And this time around, I wanted to focus on dialogue instead of silence. To channel Bergman and Pinter, and put my English degree to use.

Her Wilderness started as a play called Hot/Cold. I thought if I focused solely on dialogue … on the written word … then my mind wouldn’t drift toward cinema. After all, I was a working actor myself and had been in theatre as long as I’d been making movies, right? But I was also the kid who’d adapted Dr. Strangelove into a high-school play, Rushmore-style. The same kid who had grown up making elaborate haunted houses in my landlord father’s properties. So it quickly blossomed beyond a play. It became an event: a multimedia performance with sound effects, a live score and full-wall projections.

It was a story about a lost child in the wake of a couple’s affair, which may or may not have happened. While the child remains silent as she wanders through the woods, four orbiting adults have lengthy discussions about fate and choice, all caught up in their own existential dilemmas. Time is turned upside down as the audience studies their decisions – some of which are high-stakes, life-and-death scenarios. Every scene was written to simultaneously act as the impetus and consequence of scenes that preceded and followed – to feel like a cyclical experience without a clear-cut beginning, middle or end. When I finished the play, I wondered just what I could accomplish. Could I turn this into a film? And if so, what kind of film would it be? Could it be a feature film clocking in at a mere 30 pages? Would I be able to make a film mostly composed of long, intricately moving takes? Was I young and reckless?

The answer to all of them: Yes.

It became a film about control. Fighting the odds. Balancing the precision of camera and performance. Rain machines in 100-degree weather. Cranes and dollies and Steadicams. A nine-year-old first-time actor in the middle of the woods. All the prep paid off, though. I got my shots, my cast and crew were dedicated and believed in the story. Most of all, they believed in me, and for that I was eternally grateful.

But much like the little girl in my film, I, too, got lost. The skies got cloudy. My goals became murky. I started doubting my path.

Although I had gotten everything I’d wanted in the can, there were too many options in the edit. I had made a “shoot to edit” film, and yet, somehow … the order of the scenes never felt quite right. I decided to go back. Shoot more. Fill in the gaps. Re-order. At that point, it was 2011. The “little girl” was now a pre-teen and her voice was changing. She looked different. It was tough bringing friends back for “one more round.” Only a few arms were twisted, and we got more.

But as I sat at my computer, I found I’d only raised more questions and received fewer answers. How the hell do you turn a cyclical experience into a feature film, anyway? Was it even possible? By the very act of editing, I was only making it more linear – enforcing a timeline. Maybe this was just a misfire. A colossal misfire.

The only way to finish was to abandon order and instead edit the film like a piece of music. I would compose a landscape of feelings that ebbed and flowed in response to my intuition, rather than the specifications of the script. (Coincidentally, this is the only film of mine that actually has a musical score – a haunting one by Clint Niosi.) But even when I finally found my edit, I reached another dead end. I’d put all I had into shooting an elaborate story … but didn’t have enough money for post-production.

It became a film about responsibility. I was exhausted mentally and physically – I’d gained weight and become an insomniac – but I knew I had to finish this film, even if I doubted the ultimate form it had taken. I had to do it not just for myself, but also for everyone who had put so much work into it. I launched a Kickstarter campaign for finishing funds, appealed to friends for help with sound, color and VFX, and knew that the only way to finish was to embrace time, rather than treat it as the enemy. My team knew it was an experiment that, from the get-go, was teetering on the edge of failure. If it worked, we had a victory. If it didn’t, then we’d cherish the journey. What did we have to lose?

It had become Her Wilderness. And, in 2014, I thought I’d finally finished it.

The film was programmed by festivals and venues such as Northwest Film Forum, Sidewalk Film Festival, Dallas Video Festival and Brandon Colvin’s Microwave Cinema Series. Indiewire debuted our trailer. Kinoscope, now a pillar of indie distribution, made the film one of its first acquisitions when it was a burgeoning New York City film series. But despite the festival run and distribution deal, I couldn’t shake the feeling that Her Wilderness had more to offer.

In 2015, I started making video installations with Seattle-based cinematographer Lee Luna. They were loose, experimental, and quickly assembled large-scale projections inspired by the mysterious work of partners Teresa Hubbard and Alexander Birchler. I’d always been fascinated by films from the art world, films that didn’t pose as narratives but as projections of themes and ideas. And suddenly, while observing people coming and going through the gallery space, watching our work repeat on a loop, everything just clicked. It divorced me from the responsibility of linear storytelling and opened up the very possibilities I’d been looking for. Her Wilderness had to be an installation.

I thought of my haunted houses from grade school as I drew up blueprints and designed an immersive maze – complete with projected scenes from the film at “dead ends,” the sounds of birds and nature accompanying you as you wander, hanging photographed portraits of the characters, and key dialogue from the film printed on the walls in a storybook font. Clues would guide you, to mislead and reveal. The idea was that you could experience the film’s scenes in any order, and that your perception of the story and the characters would change each time. A “choose your own adventure” narrative by way of Tarkovsky.

But all I heard was no. Since I didn’t have enough art-world cred, proposing a large-scale maze was a problem for the galleries I approached in my home state of Texas. (Not to mention, it was an obvious insurance nightmare and I had no money to rent out a space.) So I had to let go of my large-scale dream and accept that the feature film would be the closest I could get to the project I envisioned. Right?

2020 has brought the horrors of COVID-19, but it’s also allowed space for meditation. Time for reflection. And a time for tying up loose ends. While starting some outlines for new projects, my mind wandered back to Her Wilderness. I revisited the labyrinthine texts of the French Nouveau Roman (or “new novel”) writers I’d read over a decade ago, and my partner Joslyn Jensen introduced me to the ill-fated hypertext novel of the ’90s — online fiction with an interactive, non-linear structure. Was there room for my idea during quarantine? While people are trapped and looking for new films? New experiences? The only way was to turn my actual maze into a virtual one. With the help of my longtime friend and web designer Walter Coots, Her Wilderness is now an interactive online experience. If you can’t bring people to the gallery, bring the gallery to the people. At last, the project exists as it was meant to: as puzzle pieces floating in a void, waiting to be discovered, existing to be solved.

As I aged, the project evolved. Always in tandem, sometimes at odds. But the project always remained my mirror. It just took me 10 years to realize that there was never a “right” path. All these different approaches were necessary. As much for me as for my characters, this film is about identity.

What will it be for you?

Frank Mosley is a Texas-born actor and filmmaker living in Los Angeles. He’s a fellow of the 2015 Berlinale Talents, 2017 NYFF Artist Academy, and 2016 Workshop for Auteurs led by Abbas Kiarostami in Cuba. He can be seen in films such as Upstream Color (Sundance 2013), Freeland (SXSW 2020), Chained for Life (Kino Lorber), The Ghost Who Walks (Netflix), and Some Beasts (Jury Prize for Outstanding Performance at the 2016 Sarasota Film Festival). Kinoscope and The Spectacle Theater (NYC) have held retrospectives of his directing work that has played festivals such as Slamdance, Champs-Elysees Film Festival, Northwest Film Forum, Dallas Museum of Art, and Anthology Film Archives. He’s been called “a superb actor and filmmaker” (RogerEbert.com), “a major cinematic voice” (Vague Visages), and “a dependably fantastic American indie mainstay” (Filmmaker magazine). (Photo by Frederick Trevino.)

Directing
film essay
Frank Mosley
Her Wilderness
screenwriting
theatre
Through the Side Door
Not My Type: Actors in Quarantine 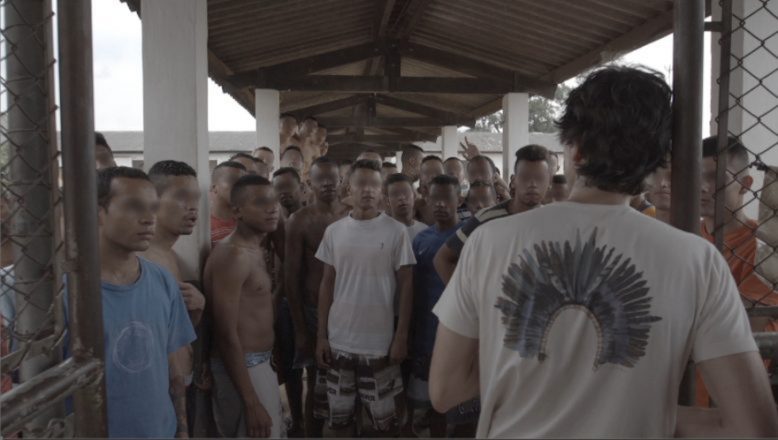 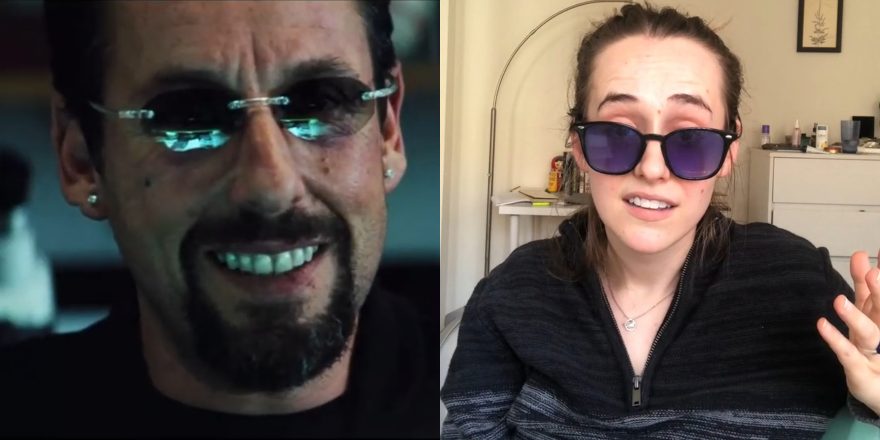 Not My Type: Uncut Jos 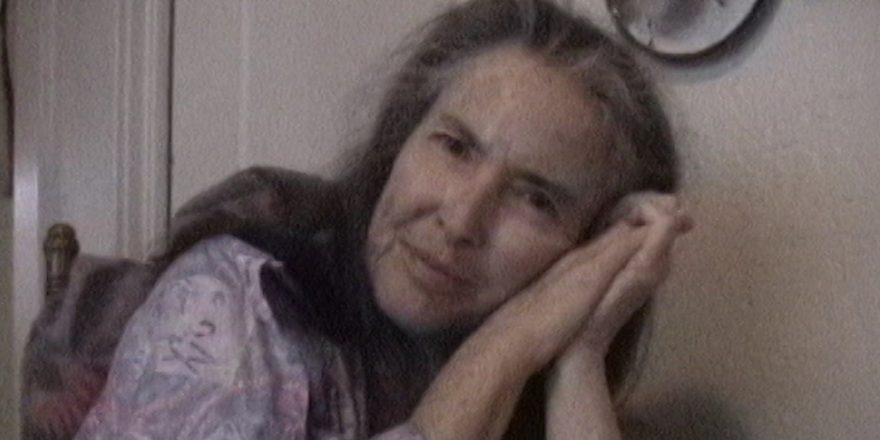