PUP is a punk band from Toronto. Their latest album, Morbid Stuff, was released April 2019 via Rise Records and Little Dipper.

We’ve been doing what we can to stay busy during the pandemic. It can be a challenge. One of the worst things I saw at the beginning of the pandemic was, “Shakespeare wrote Hamlet during the pandemic!” That’s just too much pressure, but we’re trying to use it as an opportunity. We’ve been on tour for like six to seven years straight, so it’s an opportunity to try and reset, and to do fun projects like the Grandaddy cover and a zine and a few other things we’ve got up our sleeves. We’re just trying to have a good time and get through it.

I haven’t been to the States since this all started, obviously. But I feel like, from what my American friends have told me and what I’ve seen in the media, people in Canada are taking it a lot more seriously. Toronto is probably one of the worst cities in Canada for COVID, but even here we have no more than, like, a hundred new cases every day. And everyone is always wearing a mask. There’s lots of laws; you can’t go inside a building without wearing a mask. We seem to be doing OK. But most of Canada’s economy and definitely us as a band, rely on America doing well. We’re forever intertwined with what’s going on south of the border.

There was very little opposition. There’s two reasons I think that it happened so much more in the States. One is that the whole mask thing was politicized, which it was not here. It wasn’t made to be a big deal, and Canadians just sort of accepted that. The other reason is that we’re slightly more of a socialist nation, so when this all happened, we pretty much got guaranteed income of $2000 a month. No one here was super, super desperate to go back to work in the middle of a pandemic, where I know in America it was harder to get money from the government. So naturally people have to feed their families and pay their rent and stuff, so people are going to fight a lot harder to go back to work than they did here. We had a month or two here where nobody went to work at all, except for very essential services. And now that’s kind of chilled out, some people are going back to work. We had that safety net of $2000 a month to keep everybody at home.

Canada definitely has its issues. I think a lot of Americans see Canada as this socialist paradise where racism doesn’t really exist and everything is cool, and that’s a real falsity. That’s really been manufactured by Canadian media to make us appear that way. We’ve got a whole host of our own issues here. But I think overall the way that COVID was handled here was pretty good. We’re still, just like everywhere else, learning and adapting to this thing. Just hoping that we can all get back on track together, because if America recovers and Canada doesn’t or vice versa, the other country is going to be fucked.

This summer we had tons of festival touring lined up, most of which we hadn’t announced yet. Lots of weeklong tours around festivals, pretty much big festivals throughout North America, Europe, and Australia, every weekend and touring between that. So it was going to be a big summer for us, but I can’t look at this situation as “woe is me.” We’re a very lucky band. We have been in debt for a long time and struggling, and this was going to be the summer where we made the most money we could make in three or four months, so that sucks. But there are so many bands, especially bands that are starting out, and their record got torpedoed by this whole thing. My heart goes out to those bands the most. At least with PUP we made a little bit of money in 2019; we’re not going to starve. If this had happened three years ago, I don’t think we would be a band anymore.

We’re in a bubble, the four of us and our partners, and we’ve been rehearsing for about a month now. We had some other material that we recorded right before the pandemic, so that was helpful, just to have some stuff to fall back on.

In terms of us being Grandaddy fans, we all really love that band. I don’t think the other guys, including myself, were really aware of them until maybe a year or two ago. Zach the drummer introduced us all to them and I just fell in love. It’s crazy because they have such a big catalog that I don’t think, aside from hearing “AM 180” in 28 Days Later or whatever movie that was, I don’t think I had ever heard a Grandaddy song before two years ago. Just being able to go back through that catalog, it was cool to discover a band that I love that has four albums — it doesn’t happen often that way.

We all kinda live on the west end of Toronto, and we have a jam space that we got about a month ago. We used to practice in Nestor’s parents’ basement, and that just wasn’t feeling safe. Again, we’re lucky and have enough money that we could rent a pretty big jam space. We are bubbled together, but we still sit five feet apart when we’re practicing. It’s all felt pretty good and safe. It’s also kind of been low pressure. We’re not going into the space every day and beating our heads against the wall. We’re just going in and if there’s some inspiration there or if there’s a song that people are excited about, we work on it. If it’s not there, we try not to put too much pressure on ourselves. A lot of people are exacerbating their anxiety and mental health issues by putting way too much pressure on themselves. It can be really hard to be creative when the world is in this state. We’re just going really easy on ourselves and on each other.

I write very slowly and I work on every song and when I’m done writing the song, the band digs in and we all kind of take it apart and rebuild it. It’s a very slow process. I’m not cranking out 20 songs per record and we’re choosing 10. I’m usually cranking out 12 and we’re choosing 10. In April, I was probably the most prolific I’ve ever been. I probably wrote 10 songs that month, which is so crazy for me. Most of them sucked, but there were a couple pretty cool ones, I think. In that sense, I did have a lot of creative energy at the beginning, but by mid-May I was just burnt out on songwriting. I only started writing again a couple weeks ago; I took a couple months away from writing. I think next year we’re going to get a lot of records of people saying dumb shit… I’m already sick of quarantine songs, which is a bit hypocritical, because I wrote one and put it out. But that was the beginning of April, where it still seemed like a novel idea. I’m so sick of people writing about how they’re bored and how quarantine sucks. I’m conscious of not getting sucked into that trap.

We worked on the zine at the beginning. We’ve been writing quite a bit. I’ve been working on a kids book for adults, which I’m almost finished with. It’s a weird concept, but I think I’m pretty proud of it. I’m really bad at drawing, and I also love to draw because I find it’s such a low-pressure creative thing for me. Everyone who’s ever seen my art knows that I suck at drawing, so there’s no expectation. I just made this fun book, and I don’t know when I’m going to put it out or if I’m going to put it out.

I’m also lucky because I own a little cabin in the woods, like pretty far north of here. I’ve been there a lot. I’ve been building a sauna, which is fun. I’m not a handy guy. I don’t really have any of those skills, but I figured I’d learn how to do it. So I’ve pretty much built a sauna from the ground up. I’m learning a lot and making tons of mistakes, and I think that’s a good way to spend the summer for me. I just hope I get it done by the winter, to be honest. It’s taking me so long, because everything I do is completely learning a new skill, watching hours of YouTube videos, doing it, fucking it up, re-doing it. It’s slow, but I’m getting there.

It’s been hard for us to get motivated to do anything that isn’t immediate. It was easy to do the zine or the Grandaddy cover, because it was so immediate. But anything that requires a little more thought and planning… All of us get bogged down in this doom-and-gloom thing whenever we think further than a month or so out. But we have confirmed a handful of festivals for 2021 and we are, without getting too into it, making plans to create stuff long-term. But we’re also just aware of the fact that all of those plans might go out the window, or maybe that the plans won’t go out the window but that we’ll be so unmotivated because of the nature of how our mental health works, that we’ll have these grandiose plans and they won’t come to fruition. We’re doing our best. Planning for the best-case scenario and being prepared for worst-case scenarios is the best thing you can do as an artist right now.

PUP is a punk band from Toronto. Their latest album, Morbid Stuff, was released April 2019 via Rise Records and Little Dipper. 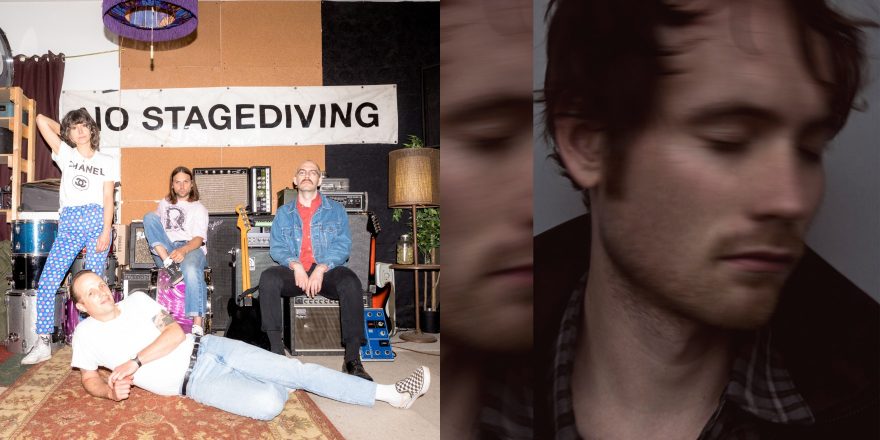 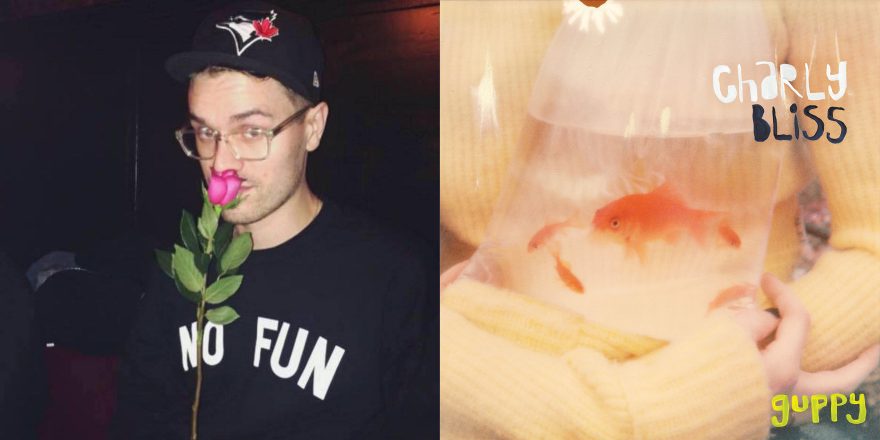