I first encountered Charly Bliss in Pontiac, Michigan where they opened for my band, PUP, on a summer tour in 2016. They rolled up to the venue in a beat-up green van with Connecticut plates and loaded in promptly—this earns you an immediate windfall of bonus points when you’re the opening act on a tour. As they set up their merch, I noticed a grocery-store gumball machine full of stickers and pins. The blend of pop- cultural nostalgia and DIY charm was totally irresistible.

Punctuality and endearing merch gimmicks, however, aren’t enough to sell me on a band—for me, it has always been about what the musicians can do onstage. All I knew about Charly Bliss was what I heard on a short, catchy 7” called Soft Serve, and that our friends in Tokyo Police Club had nothing but good things to say about them as people. That was enough to bring them on tour. With limited information about the band online, I was waiting to see if their live show would live up to the potential of the 7”.

When Charly took the stage that night in Pontiac, the band’s singer, Eva Grace Hendricks, made a sound that I had never heard a human being make before. It was shrieky, high-pitched, gravelly, and punk as fuck. It told you that this woman was a total badass who both demanded and shared space with the audience and her bandmates from the minute she stepped onstage to the minute she walked off. If you’re looking to experience that sound—that presence!—you can hear it about a minute and 19 seconds into the song “Percolator” off of their excellent debut record, Guppy.

That title: Guppy. Wikipedia tells me that a guppies “are highly adaptable and thrive in many different environmental and ecological conditions.” While this is certainly a fine explanation for a fish that I struggled to raise as a child, it doubles as a description for Charly Bliss. Their music conjures up a range of buzzy genre descriptors: pop-punk, power-pop, shoegaze and fuzz, to name a few, but all those piecemeal terms feel more appropriate to a press release or the preamble of an NPR stream than to a peer-review. I’m leery of using fallback genre descriptors to discuss a band like Charly Bliss—their music is so much more than the sum of its influences, and it’s truly exciting to hear a young band write such interesting and nuanced pop songs this early in their career.

Every goddamn member of this band has a beautiful singing voice, so there are tasteful vocal harmonies peppered throughout Guppy. This is first evidenced in the chorus of “Westermarck,” which hits, as every perfect radio-pop banger does, within the first 30 seconds of the song. If you think that’s easy to do, you are probably Max Martin, and if that’s the case, can I have some money, please?

As a guitar player, watching and listening to Charly Bliss’s guitarist, Spencer Fox, is both inspiring and aggravating. The older I get, the more I appreciate minimalistic approaches to lead guitar playing in pop music. At 23, Spencer has figured out how to be both a sensitive accompanist and deft right-pan counterpoint to Eva’s lyrics, melodies, and rock-solid rhythm guitar playing. The hardest thing for lead guitar players (and all musicians) to do is be elastic: You need to know when to lay out and be supportive and when to step out in front, all while remaining interesting. Check out “Gatorade” and the guitar interplay on “Totalizer” to hear this in action.

I’d be remiss to leave out bassist Dan Shure and drummer Sam Hendricks, who live in the eternally fuzzy and groovy world of 100-150 bpm. A 50 bpm range, which is explored over the first nine songs of the record, can sometimes be limiting in that it often dictates what can and cannot be done by a rhythm section. While it would be easy to fall back into playing time and root notes throughout, Dan and Sam find ways to lock in and play only that which needs to be played. Hear them lay down perfect rock rhythm on “Ruby,” then, as a study in contrast, listen to the ultra-musical circling of 115 bpm on “Black Hole.”

Clocking in at just under 30 minutes, Guppy, like the lifespan of its namesake, is very short. If you’re really into dynamic range, as I am, the closing track, “Julia,” is a perfect example of a highly-adaptive organism functioning in multiple environments. You might expect guppies like Charly Bliss to provide 10 up-tempo tracks under a half hour to show how fast they can swim—to emphasize the live show’s energy—but “Julia” finds the band exploring the waters of a ballad and adapting wonderfully to a new musical environment.

Ballads are hard to write and even more challenging to play well for even the most seasoned musicians; to hear Charly Bliss navigate such sensitive territory on their first record should excite listeners for future releases. The choice to end Guppy with a ballad shows a remarkably confident and mature approach to album construction that takes it cues from the golden age of vinyl. I have a running theory that almost every great (non-double) record ever made—especially in the 1970s—has 10 songs, runs 45 minutes or less, and ends with a ballad. Hearing Charly Bliss (knowingly or unknowingly) draw on this formula felt like a personal fuckin’ victory.

Wikipedia tells me guppies are model organisms, which is a fancy way of saying that guppies help scientists understand particular biological phenomena that are apparent in other species, too. In that way, the band, like the fish, show us something about what effect this new artistic reality has on those who live within it: While the internet fishbowl can certainly help young bands like Charly Bliss get a head start, great songwriting and a killer live show have never been more important. Other band-like organisms would be wise to pay attention. 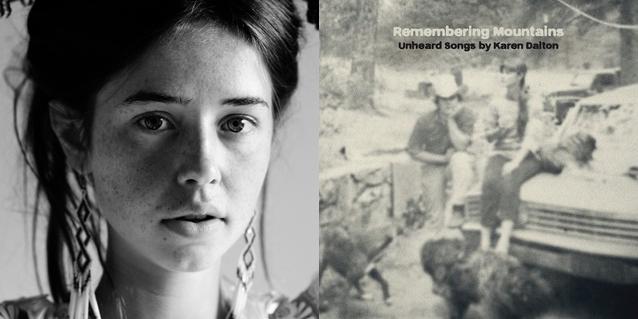