South of Eden (formerly Black Coffee) are: Ehab Omran [lead vocals, acoustic guitar], Justin Young [lead guitar, vocals], Tom McCullough [drums], and Nick Frantianne [bass]. The Columbus, OH quartet have already performed alongside everyone from the Foo Fighters to System of a Down, and invite you to join them on their journey of looking at rock & roll through a modern lens. Their debut EP, The Talk Sessions, is out now on Lava/Republic.

When all this first started, we had just gotten back from New York — we had a show at Mercury Lounge. We went and met with the label folk and started devising the plan on how we’re going to take over the world. The plan was to start releasing music in April or May, and then things changed very quickly. We were actually at rehearsal when I got a phone call from my boss — I do a side gig as a server — and it was, “Hey man, in the last hour, Ohio said everything is getting shut down. You don’t have a job right now.” I hung up the phone and looked at the rest of the band, who are also service-industry workers. It was crazy to have all lost our jobs in a heartbeat. For some us it was side cash, some it was our main source of income. It was very surreal.

We had to go back to the drawing board, and we figured that the right course of action was to wait and not gamble on releasing music in a crazy time in the world. It’s quite the gamble to release any kind of rock band when you can’t tour. When there are these more important things, it seemed like not the right time to try and introduce our voice into the world.

From there we decided to wait for a while, and as months passed, we had a lot of fans hitting us up. We used to be called Black Coffee, and those people were asking us, “We thought you went out to record in L.A.” We thought about asking on social media, whether people wanted to hear new music from us. The reaction was so overwhelming, so we released “Dancing with Fire” in July. We thought of it as a B-side. It has our characteristics, though: It has a lot of changing tempos and I think represents each of us really well. So we went with that, and the reaction was so incredible and humbling that band, management, and label decided we’d give people more. Early next year we’re hoping things get better and we can release this album we’ve been working on.

We’ve been practicing, because we all more or less live together. We were basically on the road when Covid started. We’ve all been in very close contact, we had already been seeing each other every day, but we’ve done a good job isolating ourselves from other people. We’ve taken a lot of this time to listen and look around, and doing that has been very inspiring. It’s inspired music and riffs and letting your angst out in thought-provoking lyrics. It’s definitely been a very creative time for us.

None of the songs that are coming out currently were written during Covid, but we’ve written some more recently. We’re kind of a faucet when it comes to writing. There’s a cool poem that became a song recently, about how isolation is a good thing, how it gives you a chance to get some perspective and think about what’s going on around you and how it gives you time to think for yourself.

I think as a band it’s changed many things, one of those being how we look at how to put on a great show. This past weekend, we played our first show as South Of Eden — a social-distance show. Normally a 2,500-cap outdoor venue, but we put in tables of six, made sure everything was distanced, everyone was masked at all times. There were a lot of hoops to jump through, contacting Ohio for liquor stuff, et cetera. At the end of the day, we really wanted to bring rock music back to at least Columbus, Ohio. We ended up selling out the first night and added a second. Because of what’s happening, we really had to rehearse making the stage show really entertaining for people who had to sit down. Each table is six and a half feet away from each other, and you’re not allowed to stand up. We really had to focus on making it very entertaining and lively, with no dull moments.

It also changed us each as people. It’ll be quite the chapter in a history book one day. It’s like how the Dust Bowl was happening at the same time as the Great Depression. But it’s changed us each as people, because we’ve had this time to reflect and realize where we stand it all of this. We’re all 23-year-olds and figuring out our place in life. A dramatic event like a quarantine or a racial protest — it’s a crazy time to be alive, and it’s helped us find our foothold in all of this.

The shows were definitely very different, but people were so happy and excited that something was going on, that there was a reason to leave the house. A lot of people told us that it was the first thing they had been to this year: Because it was so cold in January and February they hadn’t left the house much. The first night sold out before we could even get a second night, which also sold out. We wanted to do it a lot earlier, but we knew it was dangerous and there wasn’t a blueprint for what it should look like.

We waited the proper amount of time, we put on a safe show, and everyone was so thankful. It was a heartfelt moment on that stage. You could just tell that these people really needed a rock and roll show, and we brought them the closest you can get to one right now. It was one of the loudest crowds we’d ever played to. The clapping, the whooping, the singing. It was incredible. I couldn’t stop telling them how beautiful it sounded. It was strange, but it felt like exactly what everybody needed right now.

South of Eden (formerly Black Coffee) are: Ehab Omran [lead vocals, acoustic guitar], Justin Young [lead guitar, vocals], Tom McCullough [drums], and Nick Frantianne [bass]. The Columbus, OH quartet have already performed alongside everyone from the Foo Fighters to System of a Down, and invite you to join them on their journey of looking at rock & roll through a modern lens. Their debut EP, The Talk Sessions, is out now on Lava/Republic.

music column
South of Eden
The Way Forward
How To Remember Your Idols
Am I The Only One Who Loves … The Stepford Wives? 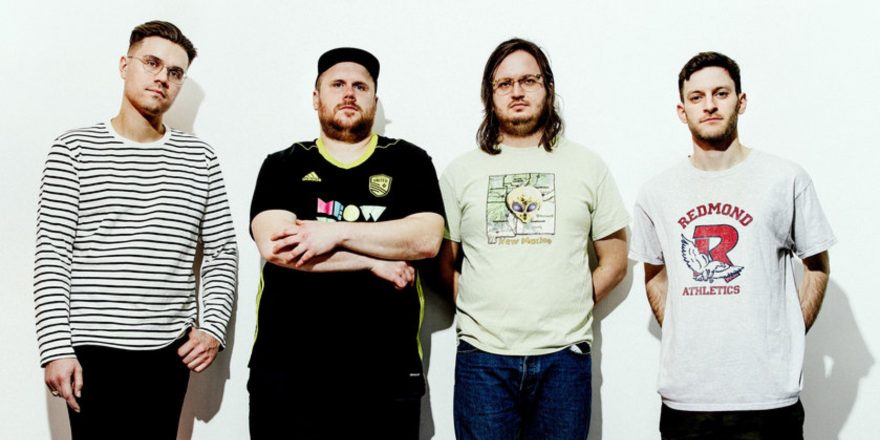 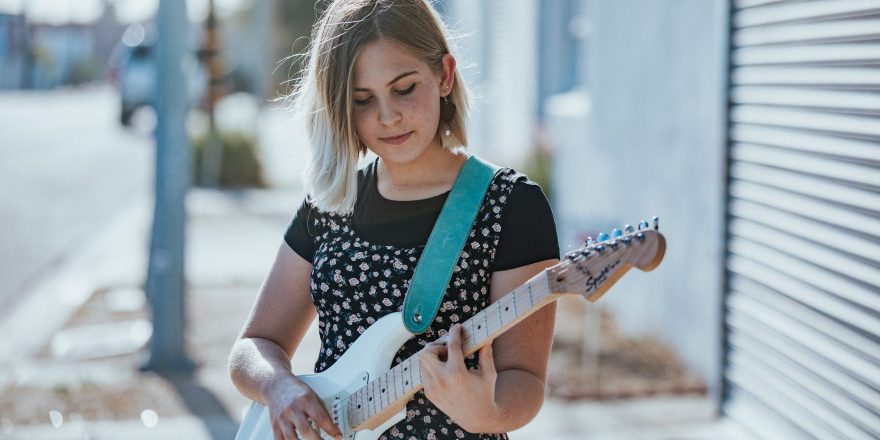 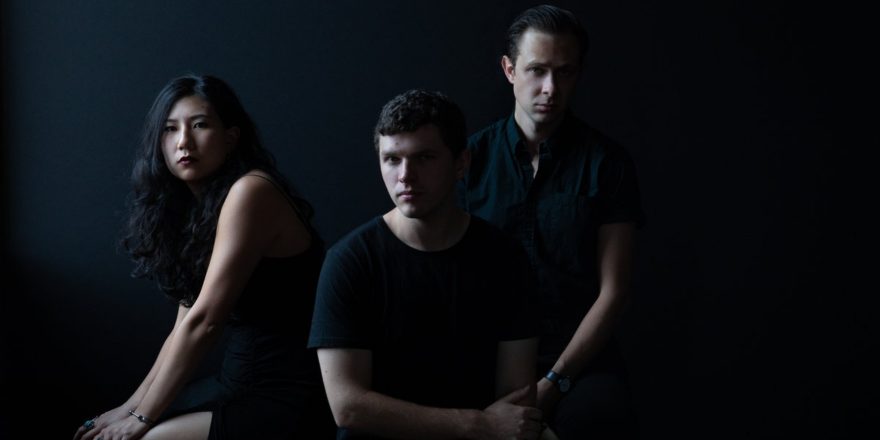