When I was a kid, I used to stare at people. I am certain my parents taught me not to do this. I am certain the nuns at St. Thomas More Elementary School reinforced the lesson. But I would stare nonetheless. I liked looking at people, studying their faces, watching them. Once, in a grocery store, a married couple I found particularly fascinating approached my father and brusquely told him to teach his rude child some manners. They were justified in doing so, as I had been staring at them for quite some time.

In a Hollywood biopic about me, my childhood staring habit would be the subject of an early scene: one of those youthful personality flaws that becomes mythologized as essential to the artist’s creative drive. My character would get spanked for it (I grew up in the ’70s) – by nuns, no less – but still the poor boy would not be able to resist gaping in vague daydream stupor at the faces, gestures, and gaits of the everyday folks around him.

For a few years prior to our new film, The Bad Kids, my partner Keith Fulton and I had been making short documentaries that profiled exceptional public school teachers and programs. While doing that work, we became especially interested in shining a spotlight on teachers who were achieving extraordinary results with very limited resources, often in schools that were labeled “failing” by a measurement system that holds schools and teachers accountable for not magically solving the problems of young people who grow up coping with poverty and its accompanying traumas.

The thing that struck us about Black Rock High School – a “last chance” school for at-risk youth on the verge of dropping out – is that much of its success comes from the simple philosophy of being a witness. At Black Rock, Principal Vonda Viland and her dedicated staff have a rigorous practice of genuinely seeing and acknowledging every single one of their 120 students, young people who have otherwise been labeled irredeemable. Instead of ignoring the problems that a student faces outside of school – everything from hunger, homelessness, teen parenthood, substance abuse, sexual abuse – the teachers at Black Rock embrace all aspects of each student’s life and frame the importance of a high school education within those very real circumstances. For the students, the impact of being seen is tremendous: knowing you aren’t invisible, that an adult cares about your success in life, is the first step toward learning how to care about yourself and your own future. This educational practice rooted in witnessing was precisely the reason we wanted to make a feature documentary at the school: to spotlight a successful approach to dropout-prevention that didn’t require expensive facilities or a new-fangled curriculum but was based entirely in human compassion.

During our first week of production, we told Principal Viland that if the students didn’t open up to us, we wouldn’t be able to make a film. She told us not to worry, that her students were very forthcoming. Between ourselves, though, we chuckled, “Oh, she just doesn’t understand the type of access one needs in order to make a documentary.” In the course of our careers, we’ve had enough encounters with people who think they want to participate in a documentary but clam up in front of the cameras, and we’ve learned that capturing a good story requires people to be willing to share with you the difficult and unpleasant moments in their lives as well as the successes and triumphs.

But the students at Black Rock were quite different than we expected, and their candor took us aback. We’d ask them about their lives, their struggles, their hopes, and they’d open up and talk and talk and talk, often with the caveat that, aside from their teachers at Black Rock, most adults like ourselves had no interest in them. Principal Viland smirked, “I told you!” And the simplicity of her educational approach became quite clear: to really connect with at-risk youth, you first have to ask with genuine interest and be prepared to listen. It might take some time – time in which you demonstrate that you are sincere, that you really care and want to hear, that you’re not just asking perfunctorily – but if you persist, there is a connection to be made and a trusting relationship to be initiated. However, in order to truly and genuinely listen to someone, to be a witness to another person’s life, you too have to be open – open emotionally and prepared to feel something about what you see and hear. And that can take a toll.

Keith and I spent a lot of our filming time in the principal’s office, recording Principal Viland’s one-on-one meetings with students. Sometimes these meetings could get quite intense, with a student relaying details of a crisis they were facing, usually something I couldn’t even imagine having to confront as a teenager, and I’d glance over at Keith (he records sound while I operate the camera) to see tears streaming down his face. A string of these meetings one right after another would become a litany of the traumas faced by at-risk youth: one kid would explain that his poor academic performance of late was due to his family being evicted; the next student was struggling with the news of being pregnant and her grandmother kicking her out of the house because of it; yet another was panicking that the man who had sexually abused her was visiting her family’s house again, with her mother’s consent. At first, this material seemed like a score – “getting the goods” – rich material full of dramatic content and vulnerability. And yet, days like this were the ones that Keith and I looked at each other and said, “This is too much. Let’s get out of here.” We’d have only been filming for an hour or two, and we’d pack up our equipment and leave, heavy-hearted.

Social workers have a name for this phenomenon: compassion fatigue. We noticed it more acutely in the teachers and their responses to the amount of emotional trauma that they absorbed daily. But we also felt it ourselves. Even as documentary filmmakers, once you start seeing someone as a human being and not just as a film subject, it becomes harder and harder to just pack up at the end of the day and go home: you know that the crises in your subjects’ lives are not so easily packed up and put away. The difference, though, between the teachers and ourselves was that they were engaged in trying to solve their students’ problems – they were doing something – and we were … well, we were making a movie, which in comparison suddenly seemed like a frivolous pursuit.

But the gift of this self-doubt was that it allowed us to arrive at a deeper understanding of the role we could fulfill as documentarians. In questioning the value of our presence at the school, I realized that for nearly 25 years I had been aspiring to perfect the craft of being a “fly on the wall”: how to observe unobtrusively, how to watch without affecting the thing I was watching … basically, how to stare at people without getting in trouble for it. But here at Black Rock High School, “trouble” wasn’t a scolding or being told to put the camera down (something we had actually expected more of), it was our own emotional involvement in the lives in front of the lens. This “trouble,” as I see it now, is the true heart of documentary filmmaking: the difference between passive observation and active witnessing.

During the two school years that Keith and I spent at Black Rock, there were stretches of time when we couldn’t film – periods of logging footage or editing, or dealing with our own lives (small details like earning a living). Sometimes during our absence from the school, Principal Viland would give us a call: “The kids have been asking about you. They want to know when you’re coming back.” And when we’d get back to the school, we’d be greeted by a chorus of “Where have you been?!” Sometimes, students we didn’t know very well would approach us and ask, “When are you going to interview me? Don’t you want to hear my story?”

In these moments we realized that even though we didn’t bear the same professional obligations that Black Rock’s teachers do, we still had become witnesses for these young people – not just as “the guys with the camera” but as adults who cared enough to ask, listen, be moved, and keep coming back, to share in the grief and the heartache as well as to celebrate the successes. That’s what the teachers at Black Rock do, and it makes all the difference in the lives they touch. And that’s what I as a documentary filmmaker can invite audiences to do as well – to listen, feel, and care, instead of just staring. 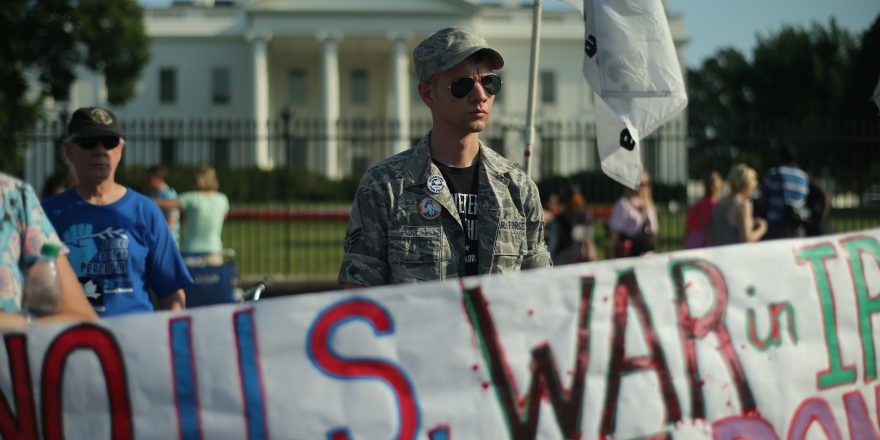 Understanding Weiner, Cory Booker and the Desire to Reveal