When I was in college I had a rap show on the campus radio station. The station didn’t have a radio frequency of its own; it was broadcast over a television channel on the campus’ cable TV system and over the intercom in the student center. If you wanted to listen to the station, you had to be dedicated enough to ignore all the cable television you could have been watching or decide you wanted to listen to amateur radio DJs fumble through their CD collections live on air while you studied.

They would offer these DJ slots to anyone who would agree to show up every week (and they had an automated playlist set to go when you didn’t). There was no pay involved. This was for music nerds. This was for people who were passionate enough about some genre of music to think it was their duty to program a show with it. A show that you could only be heard through dormitory television speakers. And this was the late ‘90s, so these were the big fat CRT televisions where the speakers were the size of dimes.

Underground rap was a genre that a few dozen students on campus held dear so there was a small, tough crew of rap DJs that occasionally convened around the studio. One week we were having a heated debate about two projects that were dropping the following Tuesday — one was The Roots’ Things Fall Apart and the other was The Slim Shady LP by Eminem. We were arguing about whose release would be more impactful on the rap world. None of us knew anything about the music business, or any business, but we argued anyway.

I was at the peak of my rappity-rap-nerd-rap powers so I was obsessed with Eminem. Multi-syllable rhymes were a new kind of dark magic for me then, so I was blown away by Em’s wordplay (not realizing that he had been influenced quite clearly by his time with New Jersey’s Outsidaz). I was sure that Em’s major label debut would have the greater impact, and I was right about that, but I was completely wrong about the reason.

I was excited for The Roots’ new album, but I thought I knew what to expect from it. I fell in love with the deep blue jazz of their debut Do You Want More?!!!??!. Not just because of the perfect mix of live instrumentation and brilliant MCing, but also the starry-eyed introspective black men who graced the album cover and the music videos. They were who I wanted to be: cool and wise with dope facial hair.

Their second album Illadelph Halflife got me through an entire Chicago winter. It was isolated, rugged, dark, and cinematic and I killed the batteries in my GPX walkman flipping that tape over and over again. It wasn’t as alive as their first album, but I wasn’t feeling very alive either.

I loved the Roots and I thought I knew where their new album would land. Another perfect album for me and my backpacker friends. I’d learn every word and all the other commercial rap fans in my dorm would keep on not knowing who they were. It would be that semester’s headphone music. Maybe I’d put a song or two on a mixtape for a girl I was trying to impress.

Things Fall Apart was indeed everything I needed it to be. The grooves had all the right thump and they were painted in all the right colors. It was bright blue signal flare from a community that I wanted to be a part of. To engage with it was to sit at the lunch table with Common, Dilla, Mos Def, and Erykah Badu. It was what I thought it would be. But then it had the audacity to be more than I could have ever imagined.

Have you ever loved something so much that you underestimate it? You ever fool yourself into thinking that what you like can’t be good enough to be liked by everybody? I was the last person who should have been surprised that The Roots made a song like “You Got Me.” I should have known that they would do that. They are the only people that could.

It was a hardcore rap song lyrically. Akin to “Renee” by the Lost Boyz (look it up) or “Looking at the Front Door” by Main Source (seriously, you have Spotify) but with the intimate guitar licks and warm keys of the neo soul that ruled the era. This was not a moody underground rap song. This was a hit. Not one made by an act contorting itself to mimic a trend. Instead it was a group using all of the tools at its disposal to create an urgent and potent love song. A song not just for blunted poets on tagged up trains, but a song that anyone that has been through anything could feel. It introduced the world to Jill Scott… via Erykah Badu (it was a very weird story) and managed to not only be nominated, but win a Grammy.

I couldn’t see this coming because I didn’t see where they were aiming. I didn’t think they were ambitious enough to attempt to exist like that. Nothing that had come before would have led me to think that it was possible for them or anyone I loved to extend their heads so far above ground. And ultimately it was very important that they did. I used to believe that only one style of rap music was allowed to breathe the air of national notoriety. I had internalized this narrative so much that I assumed all popular rap was bad and that only underground rap was good. As I got older, I understood that this narrative was a marketing angle created and spread by music industry entities that made money on both sides of this false dichotomy.

So when the Roots reached across town to get a feature from fellow Philly native Beanie Siegel (“Adrenaline!”), it educated us. When they made a hit song featuring Eve from Ruff Ryders that all the girls in my dorm knew the words to, it educated us. A year or so later when Jay-Z had The Roots as his backing band on MTV Unplugged, it educated us. It helped us understand what they could be and what we could be. It forced us to confront our own dumb ideas and bad religions. Things Fall Apart is The Roots’ breakthrough album. It seems that the biggest determining factor in that breakthrough was The Roots believing that they could. 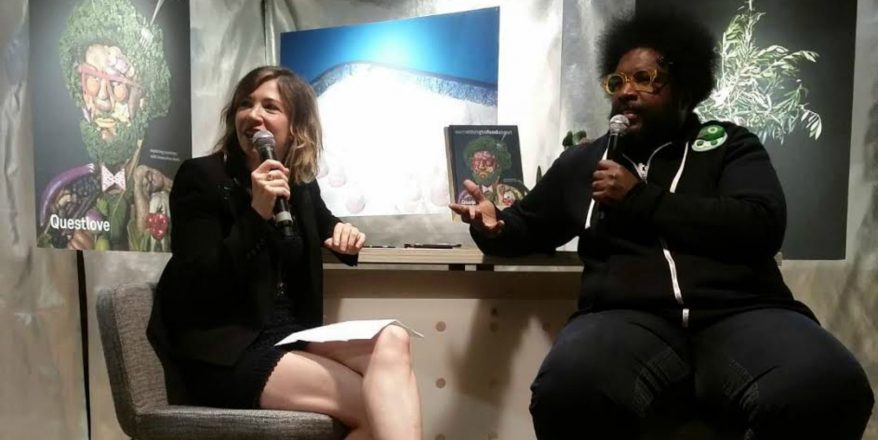 Reaching “No Agreement” With Rocket Juice & the Moon 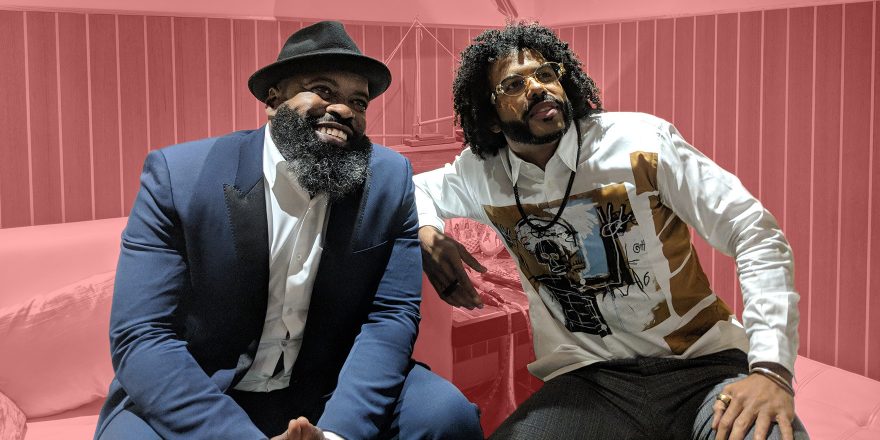