Elizabeth Lo is an award-winning filmmaker whose feature film debut, Stray, an intimate portrait of three dogs roaming the streets of Istanbul, is out now through Magnolia Pictures. Her short films include Hotel 22 (2015), Bisonhead (2016), Mother’s Day (2017), The Disclosure President (2016), Notes from Buena Vista (2016), Treasure Island (2014), and Last Stop in Santa Rosa (2013). In 2017, her collected shorts were released by Video Project as a DVD, The Short Films of Elizabeth Lo. Elizabeth was born and raised in Hong Kong and holds a B.F.A. from NYU Tisch School of the Arts and an M.F.A. from Stanford University.

Kartal, meaning “eagle” in Turkish, was a two-month-old black and white puppy who lived on a construction site along the Bosphorus in Istanbul. With Zeynep Köprülü, the Istanbul-based producer on my film Stray, I would wander through the construction site, filming the packs of dogs who all seemed to spring from the same black-and-white gene pool. Under the care of the guards who watched over the site and his mother, Kartal was a street puppy who didn’t want for freedom, community or sustenance.

Kartal didn’t stand out to me at first. He was one of many puppies living under the site’s corrugated iron huts. But his tubby frame and one bright blue eye made him special to Cenan, one of the night guards. In one scene, Cenan affectionately pets Kartal with his shoe while shooing the other puppies away – a moment we had filmed prior to grasping the pivotal role Kartal would play in Stray. Neither Kartal, Cenan, Zeynep or I knew that just 50 meters away were the young men who would change the trajectory of Kartal’s life forever.

What eventually transpired between Kartal, the city of Istanbul, and our production forced us to reckon with our simultaneous roles as filmmakers, social actors and human beings. As we balanced our sometimes contradictory impulses to tell a story, bear witness or intervene, Kartal brought to light the inextricable ethical dilemmas that befall any nonfiction production – especially one in which the participants don’t speak and can’t grant consent.

At the same time as we were filming at the construction site with Kartal, we were also following Zeytin and Nazar, a pair of female, Turkish street dogs who were companions to a group of Syrian teenage boys who had been separated from their families and were taking refuge in Turkey. The boys – Jamil, Ali, and Halil – often sheltered in the abandoned buildings that surrounded Kartal’s construction site. Jamil loved dogs so much that he would skip meals to feed Zeytin and Nazar as they accompanied him through cold winter nights. Perhaps born out of an urge to care for others despite the harshness of his own circumstances, Jamil felt a deep and constant desire to acquire more puppies. He wanted to grow their pack …

The “theft” of Kartal happened on one of the rare afternoons that I had strapped a GoPro to Zeytin. I wasn’t filming because I was unaware of their planned puppy heist, but Zeytin’s GoPro was rolling as we wandered into the construction site. When Jamil triumphantly revealed a shivering, blue-eyed, black-and-white puppy in the bundle he had smuggled out of the construction site, I realized it was Kartal. Kartal was quickly renamed as Sari (“yellow” in Turkish), and a new and turbulent chapter in his life began.

From this moment on, Zeynep and I felt ourselves stumbling through murky ethical territory. The storyteller in me was secretly relieved that I hadn’t known about the boys’ scheme, because then I would have likely favored my concern for Kartal over my loyalty to the boys, and warned Cenan about it. To remain passive when witnessing my subject suffer under the guise of remaining “objective” rings hollow when I am inevitably influencing the reality around me simply by being present as a cameraperson. But Zeynep and I couldn’t see through the fog to know what would result from the actions we did or didn’t take in the case of Kartal’s theft – and to whose well-being we owed these tenuous calculations.

I feel like the opposite of a documentary filmmaker being impassive in a crisis is the temptation to orchestrate drama when nothing is happening. During the production of Stray, there were many situations with Zeytin and Nazar that could have been exploited for the sake of creating the “character arcs” that audiences crave. For instance, when we filmed with municipal workers who were looking for street dogs to spay and neuter, I could have easily directed them towards Zeytin and Nazar in order to document what would have been a profound transformation to their lives. I didn’t – albeit to the potential detriment of the film’s “plot.” In another instance, Nazar caught a cat while I was filming her, and having been in situations where dogs actually killed cats, I stopped recording to save the cat. Some might argue that our first duty as documentarians is to represent reality accurately – even the savagery of dogs, which has been thoroughly documented in films like Robert Gardner’s Forest of Bliss or the more recent Space Dogs. But I will never believe that any art or representation of life could be more important or valuable than life itself.

In the days after Kartal was taken from his family, it was clear to us that he was suffering. His two-month-old body was unused to the boys’ itinerant lifestyle, and Zeytin and Nazar were turning out to be poor maternal substitutes. A dilemma weighed heavily on us: Should we intervene?

We encouraged the boys to take Kartal to a vet, but we also thought about returning Kartal to the construction site, or even adopting Kartal into Zeynep’s home. The possibility of intervention also prompted a lot of questions: Who were we to steal a puppy away from the boys who had tried so hard to acquire him? And what might be the emotional impact of us taking Kartal away from them? Who were we to prioritize the puppy’s needs over the boys’ needs, when they too were young and displaced? And what if, years from now, Kartal fared better by joining the boys instead of staying on a construction site that would soon be converted into something else? After all, Zeytin and Nazar had clearly benefited from becoming a part of the boys’ pack.

These were the endless speculations that we didn’t have the answers to. But before Zeynep and I could decide what to do – and just as Kartal seemed to be adapting to life with the boys – forces beyond our control intervened. One night, when we weren’t filming, Jamil was arrested for sleeping on the streets, and Kartal disappeared.

Jamil was released from jail 48 hours later and told us that the police had taken Kartal too. Despite our persistent visits to the station, the police never told us the truth of Kartal’s whereabouts. We spent days plastering missing posters everywhere and searched every shelter. Kartal never turned up, and we never saw him again.

In Stray, there’s a shot of a police car lurking into frame during the night of Jamil’s arrest. Kartal’s blue eye looks straight into the barrel of my lens as he plays half-heartedly with Jamil. That moment haunts my conscience to this day, because I would feel Kartal staring at me every ftime I watched that footage. Though we suspect and hope that a police officer took Kartal home, I don’t know if Kartal’s life is better or worse now, or if he is even alive. Not making the decision to return Kartal to the construction site – despite the incalculable messiness of that decision – is one of my profound regrets.

Filmmaking is an act of love – which is by nature irrational, impulsive, and meddlesome. Over the course of our entanglements with Kartal, Zeytin and Nazar, I’ve learned this: If you claim to love your subjects, you intervene on their behalf even when it is at the expense of your portrayal of reality, because that reality was already distorted from the moment you began filming. To act as if you’re invisible from behind the camera is like filming without love.

Elizabeth Lo is an award-winning filmmaker whose feature film debut, Stray, an intimate portrait of three dogs roaming the streets of Istanbul, is out now through Magnolia Pictures. Her short films include Hotel 22 (2015), Bisonhead (2016), Mother’s Day (2017), The Disclosure President (2016), Notes from Buena Vista (2016), Treasure Island (2014), and Last Stop in Santa Rosa (2013). In 2017, her collected shorts were released by Video Project as a DVD, The Short Films of Elizabeth Lo. Elizabeth was born and raised in Hong Kong and holds a B.F.A. from NYU Tisch School of the Arts and an M.F.A. from Stanford University. 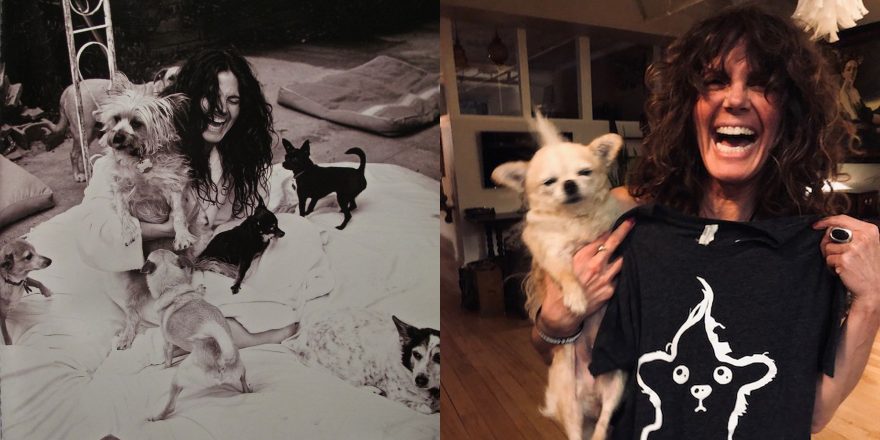 How Rescue Dogs Helped Me Become the Filmmaker I Am Today