Shahnaz Mahmud is an award-winning journalist who has served as a staff writer for such publications as Adweek and freelanced for Screen Daily, Sports Business Journal and The Hollywood Reporter. She is a recipient of the 2017 Development Studio Screenwriting Fellowship through the NYU Production Lab and in 2018 was one of six selected participants of First Three Pages Live, sponsored by the Austin Film Festival, for her narrative feature, Olivia and the Fat Girl. Mahmud began her career as a researcher with ABC News and also worked on documentary programming for the A&E Television Networks. She has an MA with concentrations in screenwriting and film studies and a BA in English & American literature and journalism from NYU. She is based in New York City.

There’s something mythical about the Sundance Film Festival. As a fledgling filmmaker, it’s the festival you dream your film will get into. The One. The made-it-at-Sundance stories, from Kevin Smith, Quentin Tarantino and Steven Soderbergh through to Ava DuVernay and Ryan Coogler, attest to that. As both a journalist and emerging narrative filmmaker, these are both people whose work I write about and artists whose example I look to for inspiration.

What we hear is that over 11 days, magic happens – indie filmmakers show the world what they’re made of, deals are struck, relationships get formed, and careers take off. Earlier this year, I got to experience some of that magic firsthand as a journalist, while eagerly looking at it through the eyes of an emerging filmmaker.

This year, I was fortunate to be able to participate in the Sundance Institute’s inaugural Press Inclusion Initiative. The institute wanted to diversify its pool of film critics and journalists beyond white males and into the many layers of heterogeneity, and so extended a number of press credentials to support this effort. 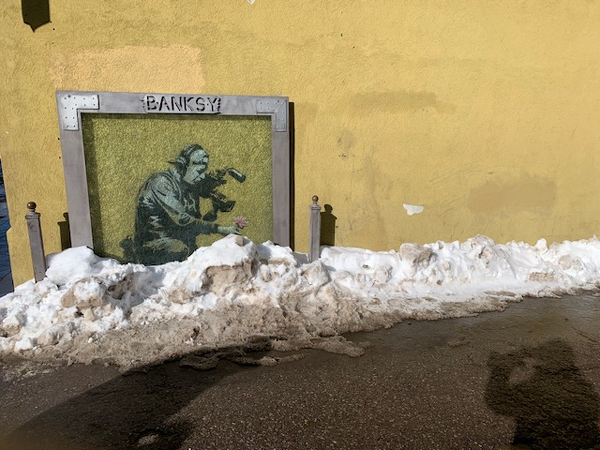 I’ve been in publishing for a long time, both here and abroad. I was based in the U.K. for four years working as a journalist and am lucky to have traveled extensively throughout the world for my work. I’ve been to places like Brazil, China, Japan, and the Middle East, and traveled throughout Europe, but being at Sundance brought a different kind of excitement because it edged me closer to my own goals in filmmaking, my first love. (I had also never covered a film festival before.)

In the run-up to Sundance, people had warned me it would be overwhelming. But, in truth, I never felt the stress of running around a large festival. That was partly because the Sundance press office prepared me and the other newbies so well for everything from how to navigate screenings and panels, to getting tickets, to tips on footwear. Filmmakers I spoke to about preparing for the festival recommended boots and a parka, and gave advice on how to get an Uber during even the busiest times. I was also warned that bad weather (read: heavy snowfall) sometimes prevented people from making it to their interviews.

With some good freelance assignments under my belt, I flew into Salt Lake City International Airport ready for my Sundance adventure. When I arrived at the festival’s Main Street, it seemed makeshift to me, with brands such as Adobe, Canon, Chase Sapphire and the New York Times temporarily taking over some of the shops on the big drag. It was almost like being on the set of an old Western (with lots of product placement!), which just added to the romance of it all. 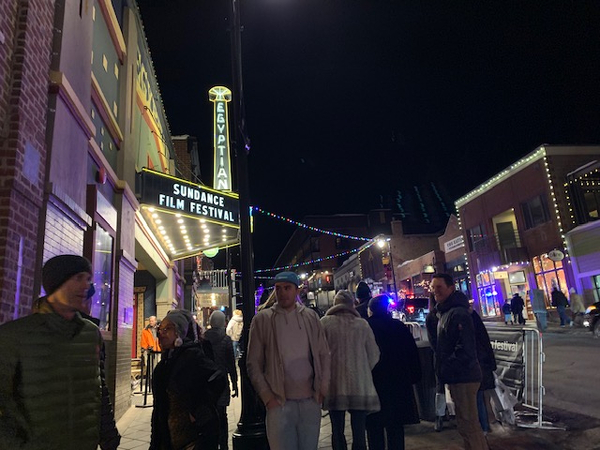 From the day the festival started to the day I flew home, I never lost my sense of excitement. I ran mostly on adrenaline for the 10 days I was there, shuffling from movies to panel discussions to parties. It’s the energy of the festival that strikes you the most. There was a sweetness to it. I’ve felt it a few times before as a journalist covering sports when I sensed that everybody – from the athletes to the people behind the scenes – just really loved what they were doing. With each passing day, I came to learn the same rang true for everyone at the festival: producers, directors, writers, PR folks, advertisers, documentary filmmakers, composers, other journalists, development executives and, of course, the Sundance staff. There was a sense of community purely driven by a love for film, a love for creativity. And I felt so much a part of it.

I made some rookie mistakes, of course. None of which were weather-related, luckily; apparently, 2019 was a rare year with no heavy (or minor, that I can recall) snow during the festival’s run. The most glaring mistake was that I requested tickets for screenings in Salt Lake City, 45 minutes away. Nope. I opted not to attend those. But by canceling my SLC trip, I ended up at a press and industry screening where I had a great conversation with a development executive at a studio, whom I’d mistaken for a journalist!

I got a sense that everyone, even the most famous attending filmmakers, is open to speaking to people. I attended a discussion moderated by Nightcrawler writer-director Dan Gilroy (who was attending the festival with his new film, Velvet Buzzsaw) with such panelists as Tsotsi‘s writer-director Gavin Hood and actor Chiwetel Ejiofor, who just wrote and directed his first feature, The Boy Who Harnessed the Wind. Despite one of the volunteers-turned-security personnel trying to muscle me out, I was able to have a decent conversation with Hood, and later Gilroy. I’ve been a fan of Hood’s since Tsotsi, and we spoke about his career trajectory. I asked Gilroy about the inspiration for and challenges in making his latest movie.

I later bumped into both Hood and Gilroy in the press line at their respective premieres. Hood, gracious as ever, talked about his latest feature, Official Secrets, a political thriller based on the real-life story of whistleblower Katharine Gun, and how critically important the research process was, given that the characters in the film were based on real people. His aim was to deliver a good thriller, but also a film the audience would still be talking about after leaving the theater, he explained to me.

Gilroy also talked about the research process and the precision and accuracy with which he approached in the making of Velvet Buzzsaw. He then deconstructed how not to over-satirize the art world (the backdrop to Velvet Buzzsaw), which seems to be the default approach for any fictional depiction of it. I really appreciated how willing he was to spend time talking about his craft.

Gurinder Chadha, who is such a force and yet so completely down-to-earth, was in Park City for the premiere of her latest feature, Blinded By the Light. As I hope to follow in her footsteps, I asked her about the barriers women directors still face. Chadha pointed to the gatekeepers, the people who decide what films get made, emphasizing that there are plenty of women and people of color who have great stories to tell. The challenge, she told me, is getting past those gatekeepers and making them appreciate that these stories will travel.

While I huddled in the press line waiting for Chadha to come through, a Sundance veteran told me that no matter how many films great directors such as Chadha have made, they’re still nervous, still vulnerable – just like the journalists asking the questions.

This was a small, but defining moment. No matter whether the filmmaker is “famous” or “emerging” – we’re human. We all meet each other at the same level. And that, for me, is what makes Sundance such a great festival … Same time, next year.

Shahnaz Mahmud is an award-winning journalist who has served as a staff writer for such publications as Adweek and freelanced for Screen Daily, Sports Business Journal and The Hollywood Reporter. She is a recipient of the 2017 Development Studio Screenwriting Fellowship through the NYU Production Lab and in 2018 was one of six selected participants of First Three Pages Live, sponsored by the Austin Film Festival, for her narrative feature, Olivia and the Fat Girl. Mahmud began her career as a researcher with ABC News and also worked on documentary programming for the A&E Television Networks. She has an MA with concentrations in screenwriting and film studies and a BA in English & American literature and journalism from NYU. She is based in New York City. 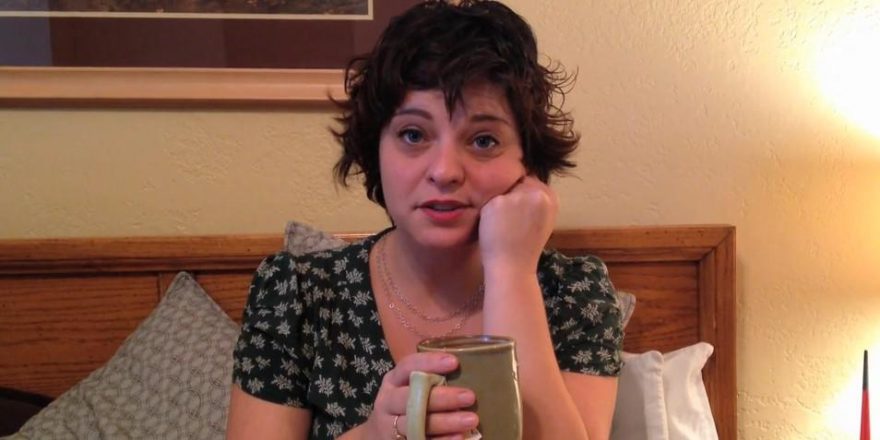