Laurie Simmons is an internationally recognized artist. Her work is included in the collections of the Brooklyn Museum, the Museum of Modern Art, the Guggenheim Museum and the Whitney Museum, among others. In 2006, she wrote and directed a short film, The Music of Regret, starring Meryl Streep and the Alvin Ailey Dancers with cinematography by Ed Lachman. She will have a retrospective originating at the Modern Art Museum of Fort Worth in 2018. Her first feature film, My Art, which premiered at the 73rd Venice International Film Festival and had its North American premiere at the Tribeca Film Festival in 2017, is playing in select theaters through Film Movement from January 12. (Photo by Mary Simpson)

As a visual artist firmly rooted in a non-narrative tradition, I was surprised to find myself writing a script about a woman artist. Ellie’s story started writing itself about six years ago, monopolizing my daydreams and my meditative walks down the same country road that appears in My Art. Ellie’s evolving narrative felt like a great escape from my regular art life but was also invasive, as it became the only place my mind wandered whenever I had a moment to myself. I kept scattered notes about Ellie’s life, friends, snacks and clothes on random yellow pads, on my phone and laptop, and periodically knit them into chapters and scenes. When the basic outline was done, I was still stuck on what kind of artist Ellie would be.

The basic plot involves Ellie Shine, a single artist living in New York City. She has a good life: a stable teaching job, successful friends and a beloved but severely crippled dog named Bing. She wants a respectable place in the art world and is increasingly frustrated with her lack of recognition. When she housesits for a more successful friend, she grabs the opportunity to hit the reset button on her life and work. She finds inspiration in two out-of-work actors and a divorced lawyer. This trio helps Ellie reinvent her artistic identity by participating in her DIY art videos — recreations of old Hollywood films.

My artist friends and I have a lot of complaints about the way artists are presented on screen. They’re mostly overdramatized, mythologized, trivialized and caricatured, and their art is often made in a haze of drunken fury. The nature of Ellie’s artwork became my biggest challenge. My all-time favorite on-screen artist remains Gulley Jimson, Alec Guinness’ cranky, narcissistic British painter in the 1958 film The Horse’s Mouth. He still feels the most realistic to me with his bombastic rhetoric, his irreverence for patrons and his desire to make monstrously outsized projects in inappropriate places. Gulley Jimson is something of a caricature, but the motives driving him and his outsized desires feel real. At least he is a kind of familiar asshole. The problem with making paintings on screen is that it can literally feel like watching paint dry, as can watching almost any artistic process.

I wanted to find a medium for Ellie that would be interesting to watch. Performance art seemed like it had the most visual possibilities, but I wasn’t interested in the clichéd cinematic performance art where women artists combine a version of modern dance with tree-hugging, self-mutilation or paeans to the goddesses of creativity. My anecdotal experience holds that most artists are cinephiles, so I decided Ellie’s obsession with old movies would inform her work. Ellie’s age puts her squarely in the center of a group of artists called “The Pictures Generation” (considered to be the first generation of artists raised with TV), so her obsession with old Hollywood movies seemed an obvious place to start. I landed on the idea of shot-for-shot recreations of scenes from Ellie’s favorite movies. The twist would be that these much younger and sometimes ingénue versions of characters would be played by a 65-year-old woman who has a kind of fearless or obtuse denial of her age and limitations. In writing Ellie, I made her a reserved, self-protective woman of few words, except when she was actually making her work or wrangling people to help her. I wanted her work to be the jolt that animated her. 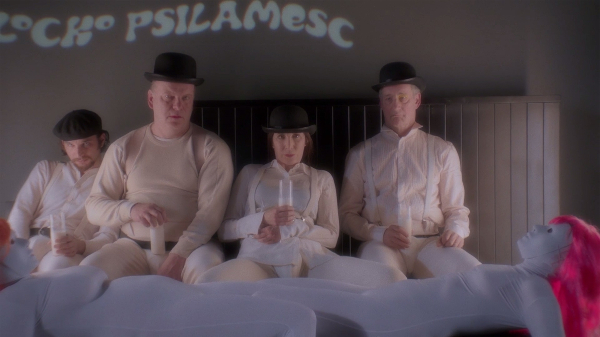 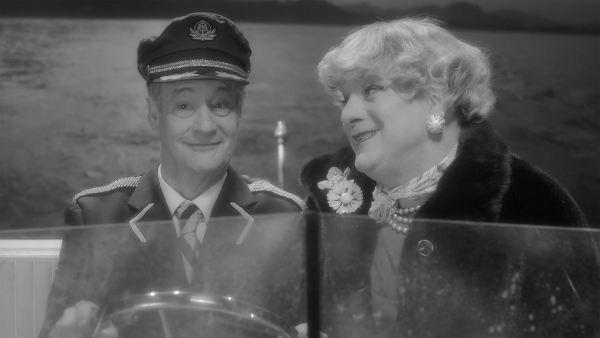 I started by making a list of a hundred favorite films and narrowed it down to movies with favorite and cinematically important scenes – great beginnings and great endings (A Clockwork Orange and Some Like It Hot, for example). I also wanted to use recognizable film icons, such as Marilyn Monroe and Kim Novak. At that point, I took a page from musical theater: the recreated film vignette had to move the narrative along the same way it would happen in cinematic time. If the simple definition of musical theater is that the production with all its emotions – love, anger, humor, pathos – is communicated through words and music (plus dance and staging), then the distinguishing aspect would be that all stages of the show have to have equal importance. It’s a wholly integrated work. I followed this logic and chose nine scenes to recreate for My Art.

In the first fully realized vignette, Ellie and Frank (one of the out-of-work actors) recreate the driving scene in The Misfits where Roslyn and Gay discuss their relationship and the fact that Roslyn is not interested in Gay’s advances. This rejection exactly parallels Ellie’s feelings about Frank. Ellie is kind of a jerk and staging film scenes with herself in the lead roles becomes a way for Ellie to reveal emotions she wouldn’t otherwise feel comfortable expressing. 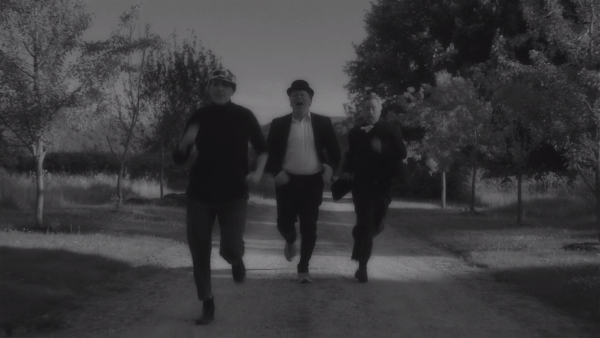 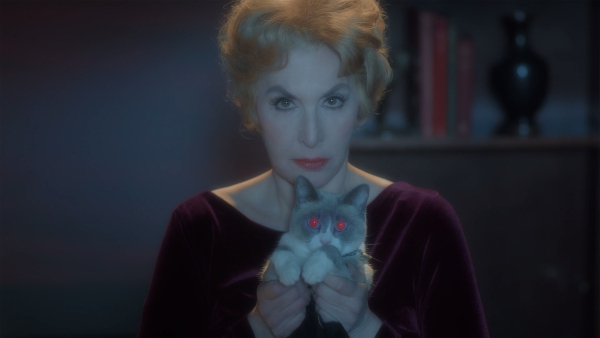 I tried to find scenes that referenced crossdressing, like Jeanne Moreau and her moustache in Jules and Jim, the two musicians in Some Like It Hot and of course Marlene Dietrich’s masculine tuxedo in Morocco. Ellie also gets to play Alex, the Malcolm McDowell character in A Clockwork Orange … a chance for her to really be one of the boys. Since Ellie is essentially making her work with three guys, the more she pushes them out of their comfort zones, the more they become part of her creation. Their increasing addiction to “playing with her” allows her to push them further into her fantasies. In Bell, Book and Candle, Kim Novak’s character Gillian is an actual witch who enchants her neighbor (James Stewart) through a spell cast with a cat (Pyewacket!) to fall in love with her. In some sense, Ellie is casting a spell over her three friends getting them all to do her bidding. It’s no coincidence that Ellie’s romantic feelings toward Frank, one of her co-creators, come out only when she sees him in drag. He becomes part of “Her Art,” her personal creation.

Every motivation for Ellie’s character relates back to her drive to make her work. This is fundamental to most working artists, particularly those who, like Ellie, don’t make a living from sales of their work, might not receive critical attention and take on teaching or other odd jobs to stay alive. The impulse to make things is what moves an artist forward. That’s why Ellie’s movie vignettes lie at the heart of My Art. 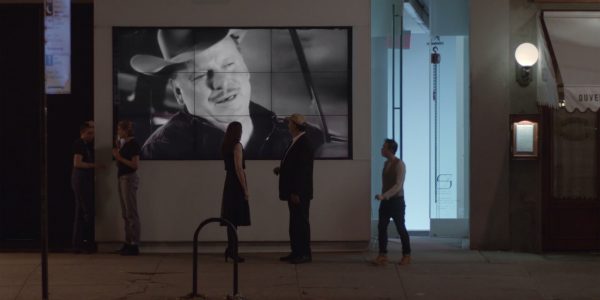 Laurie Simmons is an internationally recognized artist. Her work is included in the collections of the Brooklyn Museum, the Museum of Modern Art, the Guggenheim Museum and the Whitney Museum, among others. In 2006, she wrote and directed a short film, The Music of Regret, starring Meryl Streep and the Alvin Ailey Dancers with cinematography by Ed Lachman. She will have a retrospective originating at the Modern Art Museum of Fort Worth in 2018. Her first feature film, My Art, which premiered at the 73rd Venice International Film Festival and had its North American premiere at the Tribeca Film Festival in 2017, is playing in select theaters through Film Movement from January 12. (Photo by Mary Simpson) 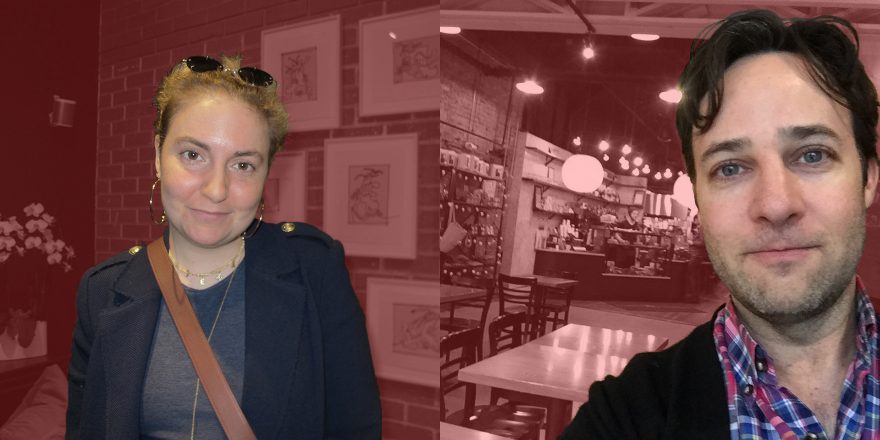