Barely surviving economic failure and what some politicos called “moral” collapse, by the late ‘70s and ‘80s, New York City was changing from moment to moment, borough by borough, hood by hood, scene by scene. The city’s penumbra of music, art, sex, and crime endured. As it always has, the city seductively beckoned, attracting young people with little more than a dream of living a creative, sensual life, free of suburban liminality and stagnation. Following neither the Woodstock generation nor the parental boomers before them, bags were packed for a sojourn to experience imagined delights that the rotten apple dangled before them — each one looking for something, or nothing, but hungry to just be there.

The band Disturbed Furniture, was born of this. The cut of urban decay in the ‘70s had been deep, and while music scenes of all types proliferated and morphed in the city, along with the fashions and styles of the day (window stylists at both Bergdorf’s and Barneys had already appropriated punk’s lexicon by then), progenitors and surviving punks of the early ‘70s on the LES were increasingly being radicalized, in pitched battle against the Giuliani (and Reagan) regime, politicizing a somewhat apolitical subculture. In his soon to be published book, Damaged: Musicality and Race in Early American Punk, ethnomusicologist Evan Rapport views punk as a “defined if extremely varied style” that is intricately linked to racism and social movements. Yet, to its practitioners, punk’s manifesto has always been crystal clear: a channeling of social disdain against normative and repressive strictures; an expressive raging of extreme emotional and psychological catharsis; and, an aggressive grasping for individual and collective agency opposed to oppressive authority.

By the early ‘80s punk culture had split into branches, migrating and merging with multiple sources, not unlike blues or rock. Below 14th Street, downtown clubs, bars, and dives including the Mudd Club, Tier 3, Danceteria, and Pyramid provided spaces for racial and cultural mixing, as disco’s nearly moribund backbeats began to accelerate and reconfigure themselves around Black American funk and Jamaican ska and reggae/dancehall. Black and Latino rhythms emanating from Harlem and the Bronx captivated all aspiring, marginalized, and even white “uptown” dancers venturing into “dangerous” downtown zones. Zones of intersection, where underground dance music, and the influential Gay club scene blended with avant-music, punk, art, and politics to create a jubilant celebration of creative and fluid movement, sexuality, and identity, establishing punk as a cultural “institution” that persists.

In the Bowery, CBGB’s continued to hold punk’s center of gravity for audiences with a taste for the sensationalized, extreme experience of punk. With the earliest signs of economic realities to come (read real estate developments that would cause its, and every other “real” venue’s demise), the club’s bookers gradually expanded its bid for survival by programming new bands with potentially commercial interests, along with remnants of New York punk royalty, a few of which had leveraged their punk reputations into the music biz success (e.g., MC5, Ramones). Old debates about punk’s origins (US vs UK) were irrelevant and no longer mattered; punk’s racial, ethnic and class makeup — predetermined as White, European, middle-class, and violent (read suburban) — mattered even less. Punk had already and firmly taken root in multiple US cities — Detroit, Chicago, Cleveland, Los Angeles, San Francisco, Washington, D.C. —  because, given the social and political transformations brought on by a new, post- counter-culture, and the earlier migrations of people of color, it opened points of intercultural contact.

By the early ‘80s, however, it was time for punk to reach another level, both artistically and commercially. For many, it signaled punk music’s demise, at least of its earliest authenticity. New York’s downtown Art scene, too, experienced an efflorescence from which it also never recovered, destroyed from within and without, burned by its excesses and self-annihilating success. The creative, visual brilliance of Haring, Basquiat, Scharf, and so many others was tragically ravaged by the AIDS epidemic, a devastation suffered by our artists, poets, writers, friends, and lovers. Bands like Modern Lovers, Talking Heads, The Police descended on the scene, heralding a new vanguard where punk, funk, reggae, and dance music (read Black) coalesced and congealed, twisting and turning into an adrenaline rush of physical, visual, and sonic ecstasy. Punk remained the underlying organizing principle however, and despite losses of many of its shining and tragic figures, it persevered through its sheer visceral and cultural power. As Henry Rollins recently noted in More Fun in the New World: The Unmaking and Legacy of L.A. Punk: “Punk rock and rap music is to me where you’re going to find the lyrics that do you a favor when you listen. And the gigs where you might learn something. And finding your own stripe of people at the shows. So if there’s a legacy to the punk rock that I come from, it’s that we made it for ourselves. And we have to remain super open. More open than we ever thought was possible.”

My own desire to live a life of music led eventually to Disturbed Furniture, a band that for me represents a melding of my own creative and artistic drives, attended to by the sirens of poetry and pleasure. Following formal musical training, my apprenticeship was steeped in varied musical styles and languages (cause that’s what they are). By my early 20s, I jumped at the chance to relocate to a midtown studio apartment on 46th Street, a location that I believed gave me a sufficiently distanced perspective of the city’s cultural life and scenes (given the times, I’m not sure I would have survived those years had I lived “downtown”). Nonetheless, the Village Voice’s back page music ads, which served as the rock music community’s bulletin board, opened many possibilities. Opportunities to play in punk, post-punk, art-punk, no-wave, new music (experimental), reggae, and noise bands were proliferate, and I took them seriously, but only if the Music + Art + Performance + Poetry equation — divided by Rock — was equaled by an underlying vision of innovation and expression that I sensed as genuine or creatively sincere. Intuitively yet critically evaluating each project, I chose to play only with select bands and individuals.

The Disturbed Furniture I joined in the early ‘80s was not the same as its first incarnation. The original DF produced one single, in 1981,“Information/Allors Allez,” it was a relatively spare musical and lyrical effort that showed promise due to Alexa Hunter’s sexy voice, charismatic presence, and the band’s bohemian quirkiness. The band seemed poised for success of some sort, but sadly never released any recordings again; that is, until the release of the recent five-song EP, Continuous Pleasures (Arevarc Records, 2019). With the original band’s dissolution, Hunter sought out musicians with strong musical, technical, and songwriting proficiencies but that also understood the aesthetics and cultural dynamics of punk, art and cabaret. While the band’s new songs turned increasingly toward the dance club (e.g., Danceteria, Peppermint Lounge) and downtown theater (Club 57), scenes that inspired Hunter and motivated the band’s live performances, the “new” Disturbed Furniture sacrificed neither the artistic or political subtext that motivated the project. Evincing a confluence of underground music, visual arts, politics, and theater, perhaps prematurely, Disturbed Furniture decisively restated the intersection of punk, funk, and dance music, of the sort that then contemporaries like The Clash, Blondie, Boy George, Madonna, the Two-Tone British bands, Prince, Parliament/Funkadelic, etc. would carry into the popular mainstream. Aspects of punk however remained present and central to Disturbed Furniture’s DNA.

Punk is evidently experiencing a cultural revival of sorts, with survivor bands such as Bush Tetras, Three Teens Kill Four, The Fleshtones and others returning to the stage and studio. What do we make of these reunion tours and recordings? For DF, punk’s code is intergenerational and less a nostalgic exercise than a lingua franca for renewed resistance against a political status quo that is more dangerous than anything any of us, from punks to Black Lives Matter supporters, have seen. DF’s new songs, dramatically and theatrically presented, therefore herald punk as a source of inspiration for social movements and protest, as we face the same or worse social and political patterns of corruption that breeds intolerance and hate. Elaborated by artists, poets, and musicians, for what appears to be for the benefit of dance floor culture, punk does what it wants, goes where it wants to, rails, screams and demands to be listened (and danced to) — disturbing the furniture, in all its forms. 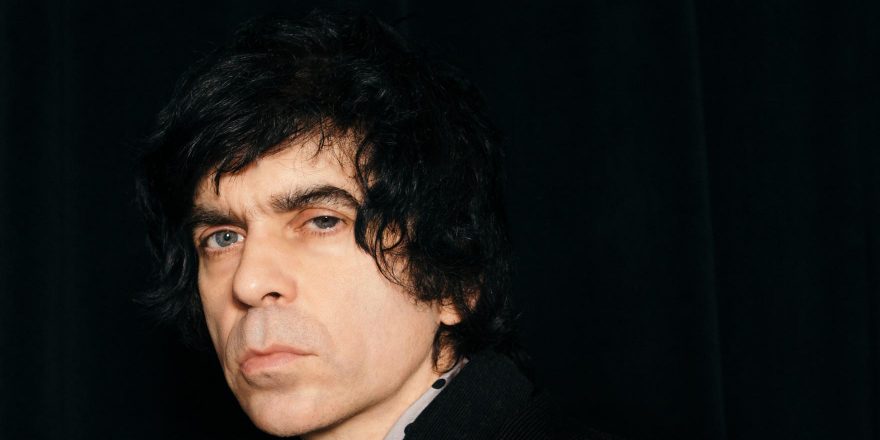 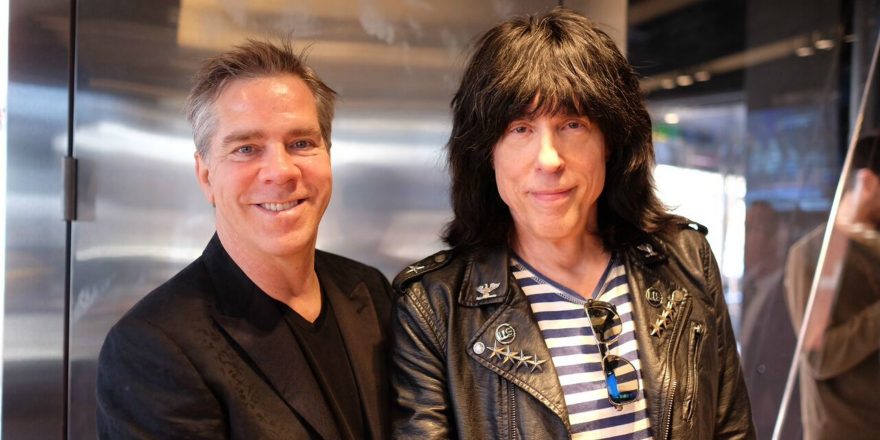