It all started on a gloomy Monday afternoon in San Francisco. Day one on Gay Chorus Deep South, my documentary feature debut, made with the incredible support of Airbnb, about the San Francisco Gay Men’s Chorus activist tour in the Southern states.

Still a few months out from the actual tour itself, the plan was to shoot one of the chorus’ weekly rehearsals. An easy, uneventful start for an intense few months ahead, so I thought. Little did I know this very first day would change the lens through which we saw this story, the world we were documenting and, most importantly, how it changed my own world and purpose forever.

I’ll never forget walking into their rehearsal space. It looked more like an old makeshift church, and in the pews 300 people of every race, age, shape, size, style and color. A group of misfits, all singing in unison and existing in harmony. A sense of belonging, of kindness, I had never felt or witnessed before in any group of people, anywhere. It immediately dawned on me: This community, this story, this film was about something more. It wasn’t just about the LGBTQ community’s fight for equal rights, it also belonged to everyone else who was “the other,” everyone who is now under constant threat by a conservative government, its followers and their nationalist values.

Including myself. I’ve also been “the other” my entire life. The son of a Brazilian father and a Greek-American mom. I was “the Greek kid” in Boston (My Big Fat Greek Wedding is basically a documentary about my mom’s side of the family), then as a teen I was “the American” in Brazil, and now into my adult life in California, “ the Latino guy.” A mixed bag of places and identities. Never belonging to any of them. So when I walked into that rehearsal space and saw that beautiful sample of humanity, it hit me. The thing I always struggled being, “the other,” was in fact a special lens, a superpower that years of feeling left out has gifted me. Truth is, when you’re on the outside of things, you see sharper, it gives you a unique perspective, a vantage point, it teaches you to listen, to be more open. It’s more natural for you to put yourself in someone else’s shoes when you’ve never had shoes that really fit you. So on that first day of filming, all of those moments came together in my mind, in my soul. And just like that, I came to terms with the multiethnic, multidimensional weirdo being that I was. My inner battle to feel accepted evolved into an outer fight for equality for all, and as my approach had shifted, I became determined to make a film about “the other” with the raw humanity I witnessed in that room. And when I say “the other,” I’m also including a few “alt-right” members and protestors we found along the way. Everyone was completely humanized in Gay Chorus Deep South, so it could become a film about everyone for everyone.

It not only gave me a sense of place and allowed me to have a deeper focus on the story, it made me realize that we had a chance to bring this odyssey of “the other” to people and places who make us feel like outcasts: the mainstream.

A brief interlude to thank a few auteurs of “The Other,” who through their work managed to create representation with a mass audience. Barry Jenkins with his Oscar-winning Moonlight, Shonda Rhimes in everything she touches, Ryan Murphy, Brad Falchuk and Steven Canals for portraying two gay HIV+ black men making love on primetime television, Andrea Arnold for showing us a forgotten youth in American Honey, Penelope Spheeris and her Decline of Western Civilization trilogy and surprisingly Pixar’s Pete Docter and Ronnie del Carmen who made Inside Out, turning mental health’s stigmas and its challenges into a film that was loved by billions of people globally. And many others. Thank you!

Fast forward to 18 months later. It was the world premiere of Gay Chorus Deep South at the Tribeca Film Festival, and impostor syndrome was kicking in like never before. The spotlight was on us, and most importantly on the Chorus, but it wasn’t an LGBTQ event. This was one of the most renowned film festivals in the world, and people wanted to hear what we had to say, to not only watch the film, but also celebrate it, whether through reviews or just a tidal wave of warm hugs after each screening. On the last day of the festival, it was announced that the film had won the Audience Award for Best Documentary. I couldn’t believe it. It was our first true big leap into a wider audience. Gay Chorus Deep South has gone on on to win another 25 audience awards or grand jury prizes on the festival circuit, all of which resulted in the film being acquired by the Czar of documentary filmmaking, Sheila Nevins, and her MTV Documentary Films choosing the movie as its Oscar contender for 2020.

Suddenly those 300 misfits, a big bunch of “others” were finally in. And on our own terms. Without changing an ounce of who we are, what we believe in or what golden lamé sequin dress to wear on the red carpet. 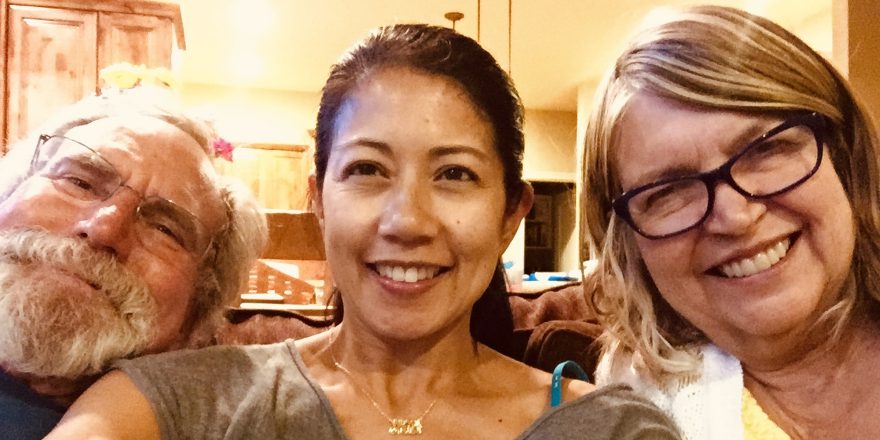