Teeny Lieberson
Teeny Lieberson
Kristina “Teeny” Lieberson leads the band Teen, whose latest album The Way and Color was released April 22, 2014 on the Carpark label.  The band tours the UK and Europe this July.  You can find TEEN’s website here and you can follow the band on Twitter here.

Every weekday, the Talkhouse runs one piece by one musician, about one album.  That’s about 250 pieces a year, and we still didn’t get to all the best that 2014 had to offer.  So we asked some of our favorite Talkhouse writers to share their thoughts about a few of the more notable albums from last year.
— Michael Azerrad, Talkhouse editor-in-chief

“All the dreamers have gone to the side of the road which we will lay on/inundated by media, virtual mind-fucks in streams”
— D’Angelo, “Charade,” from Black Messiah

There’s music and there’s music. I’m not so sure where music is most of the time. I go searching, so deeply, trying to find something that speaks to me, but I usually end up returning to the records I love most, and very few of them are from now. Most “now” music is aiming so desperately to grab my attention any way it can — it is a trend, an advertisement, a transparent blurb, holding its place until the next cute and complacent ping comes along. But when music is happening, it goes beyond trivialities, beyond crafted image. When music is happening, you can just feel it. D’Angelo makes music.

It is difficult for me not to praise D’Angelo; I’ve been obsessed with every single thing he has ever done. He is Brown Sugar, he is “Nothing Even Matters,” he is “I Found My Smile Again,” he is Voodoo. He is my teenage years, my understanding of groove, teacher of melody, my foundation. He is my idol. But since those pivotal records, it has been 14 painful years of NOTHING. I engulfed myself in endless searches for bits, pieces, glimpses of new material. I’ve memorized the very few live video performances, some of such shitty quality that I’m embarrassed I watch them at all, let alone obsessively, their shittiness only illuminated when I show them to my friends and rant about “that new D’Angelo that you just gotta hear.” They quickly lose interest; meanwhile, I’d secretly hope that “The Charade” would make it onto a record some day. (And it did.)

One thing that sets Black Messiah apart from other music is the human aspect. It sounds like wood, breath, fingers playing instruments. Late night ideas, spontaneous edits, claps, hums, improvisations. It moves like sex, it goes down like food. Nourishment oozing, imprecision only in human imperfection. When I first listened to it (at 2:00 a.m. the day it was released), it hit me like a ton of bricks. Opener “Ain’t That Easy” instantly lured me in with its distorted, guitar-driven groove, a chugging so soulful it’s reminiscent of Sly Stone. D’Angelo’s vocals kick in, a multi-layered choir chanting like a bunch of wizard grandpas telling you to drink their punch (or toke their smoke). It then breaks into a beautiful hook that sounds like a classic, a chorus you can immediately sink into. Despite how different these moments in the song are, they all fit into one space. This record isn’t just soul or r&b — it’s funk and it’s psychedelic too. Questlove, who co-produced, predicted that it was going to be difficult for some people to understand. I don’t know about that — I got it right away. And I bet a lot of other people did too — that’s how music works. Over those 14 frustrating years, D’Angelo moved away from his past and towards a gnarlier, rawer, more analogue sound — the antithesis of most contemporary popular music. It doesn’t accost you, it just invites you.

There was the obvious yearning for my favorite musician finally to give us this long-awaited thing. But I realized it was deeper than that. I was dying to hear a record made by musicians who love playing more than anything else; an unaffected need to create, captured in their most honest conversations. Black Messiah satisfies my craving. Perhaps I’m responding to the familiarity of an artist I love, but the major differences between this record and his last make me doubt that. I get the feeling that everyone who was involved in making the record really, truly believed in it. (Or rather, I can only assume a group of people who are willing to work on a project 14 years in the making must believe in it.) You cannot come out with a recording like “Another Life” with players who are indifferent. On that song, every guitar part fits specially in its place, floating in space and wah, exiting as quickly as it arrives. The drums sit in that delicate space between on-time and too late, the bass is slithering and silky, with D’Angelo’s voice soaring above. It is a group of musicians listening, talking. It is as soulful as the rest of the album, and it’s not just a love song, it’s moving to a richer place, into the spiritual realm. Perhaps it’s my own desperate hope for the triumphant resurgence of music, but I think this is the only way to make a record.

Another thing that sets Black Messiah apart is that it doesn’t only tell stories of love and parties, but stories of injustice. It made me realize that I’d been yearning to hear a record where someone was actually saying something. Here we are in a time when vast communities are demanding to be heard, marching for change, a time of severe frustration and intolerance, and the musicians who have the platform to reach millions are not doing so. D’Angelo stood up and showed us that music has the power to ignite inspiration and validate movements. It can tell the story of oppression and outrage. It can freeze a moment in time so we can inspect it more closely. Romantic as it may sound, if people believe in something, rather than just spending all their time hoping to attain some flaccid plastic future, they may start to see some powerful shit happen.

D’Angelo doesn’t tweet, Instagram or Facebook. His only social media presence is having no social media presence. Is this why he’s able to make music? Has music been suffering because musicians have been paying too much attention to gaining popularity rather than making something, you know, good? Jerry Seinfeld said the reason why Seinfeld was so successful was because “in most TV series, 50 percent of the time is spent dealing with political and hierarchal issues. We spent 99 percent of our time writing.”

Have social media put the power in the people’s hands or are they just another vehicle for using hype and popularity to market to the masses? Are you or are you not more likely to listen to a song if it has 1,000,000 “likes” vs. 100? If it has a slick, glossy video? If that video has a half-naked man with a Ken doll-like physique? How does it feel? Will the audience hear the song for its intrinsic worth or will they see only the body in the video? What if the video ruins your idea of yourself as a musician? Pop culture has always been beholden to a society that craves accessibility and beauty. But are we leaning towards a relationship with music in which it does not exist without image? And, in the process, diminishing its quality? Every record a soundtrack, a song with no story? Is every Twitter-scribble a definition of the music itself?

How interesting, then, that the most talked-about, the most obsessed-over, powerful, relevant and moving record in years comes from a person who has refused to participate in the very things that are the “future of sharing.” If it’s the future, then how did D’Angelo, a 40-year-old recluse, manage to wow all of us? It’s as if his lack of interacting with our devices to gain popularity has left him with the space to breathe, the space to create, the space to be himself. Make it only about music, and it’ll be only about music. Why not only release a record when it screams of relevance, only when it really is special? There are no rules — D’Angelo has proved that more than anybody else. What he does speaks not only on a musical level, but on an existential one: your image does not have to be your voice. Let your voice speak for itself.

With that, I’m going to stop. When music is being expressed, you don’t have to talk about it too much. So go listen. In the words of Black Messiah’s opening track, “Shut your mouth off and focus on what you feel inside.” 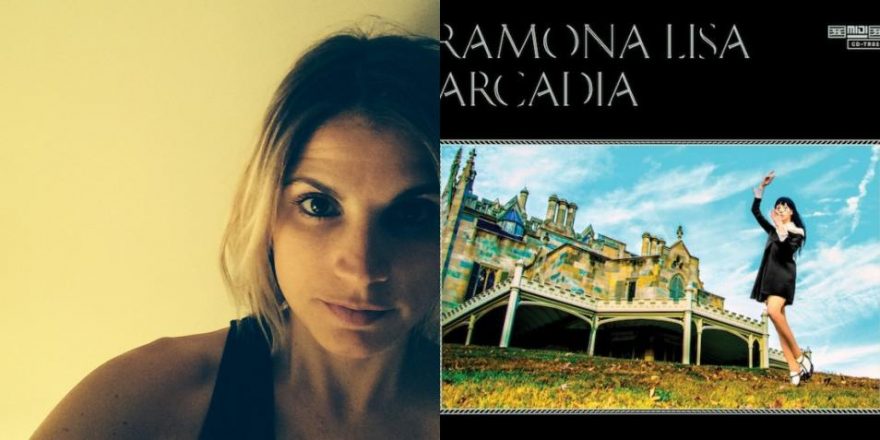