“That wasn’t the real me. This is the real me,” is the premise of a longstanding “reinvention” trope in pop music. It’s very convenient for album cycles: Each record promises to be clearer, to be revelatory, to be more, with no holds barred. Maybe there is truth in this, particularly right now: As 2017 flounders in the lukewarm August swimming-pool water of absurdly dystopic world news—body-cam footage, white-supremacist tiki torches, Louise Linton’s wedding jewels and trip to Fort Knox—the USA feels like a starkly different country, but nothing has really changed. Last week, a historic eclipse held us captive in its natural majesty as the president stared into the sun. Two days later, her Royal Pettiness, Taylor Swift, returned to headlines with a new single, “Look What You Made Me Do.”

There is over a decade of reasons to eagerly anticipate a new single from Swift, a perennial creator of “orthodontically perfect pop-rock.” This is because when she’s good, she’s damn good. She’s won 10 Grammys. Her last album, 1989, has sold 10 million copies. Critics have long applauded Swift’s talents while simultaneously imploring her to break out of a songwriting formula she mastered long ago (verse, chorus, verse, chorus, bridge, middle eighth, chorus), and expectations were high for her to return with something jaw-dropping, or at least salvageably ear-wormy. Unfortunately, “Look What You Made Me Do” is a beige, impotent diss track. It isn’t terrible: Terrible would mean it stands out in some way, but this song is just kinda whatever. So…yeah, it is bad. And this seems to be a unanimous opinion: The press hasn’t been this united in its gleeful skewering since (not unfairly) woke-shaming Katy Perry upon the release of her #WakeUpAndDanceSheeple non-banger “Chained to the Rhythm” in February.

No matter the critical reception, Swift’s career will continue to skyrocket. The lyric video for “Look What You Made Me Do” has already broken YouTube records, and its accompanying music video racked up 20 million hits in its first 12 hours online. So, since we’re all gonna have to hear about it, it’d be nice if she’d put in a little more effort. The lyrics for “LWYMMD,” though not a drastic departure from those on 1989’s mega-hit “Bad Blood,” are woefully underbaked. “I don’t like you” is a pretty on-the-nose, if not toothless way of expressing distaste. Where are the impeccably pop-tastic turns of phrase she’s proven herself capable of for over a decade? “LWYMMD” is lyrically vague, like finger-pointing with a wet noodle. “Picture To Burn,” “Dear John,” “Mean,” and other vindictive back-catalog Swift songs had fire, hitting uncomfortably close to their intended targets. This time, Machiavelli was too preoccupied with “karma” to be more exacting with her words. As Swift cements herself in pop—not country—stardom, it is unclear if she’ll continue to write lines with the vivid imagery of past kiss-offs. The overnight infamy of, “Old Taylor can’t come to the phone right now,” has inspired hilarious tweets, but makes “You made a rebel of a careless man’s careful daughter” an almost painfully distant memory.

“LWYMMD” noticeably lacks the characteristically big pop chorus which Swift has displayed such majestic command in the past. The least exciting part of this underwhelming song is easily the crappy vocal melody for “I got smarter / I got harder in the nick of time,” and how it’s chanted over those increasingly Antonoff-calling-card drum-machine handclaps, repeating piano, and dive-bombing synthesizers. A deliberately minimal, menacing synth line would’ve been a fine compliment to an explosive, big, angry, chorus. But in the midst of otherwise understated, tip-toe, cat-burglary music, what sounds a little too much like late-career *NSYNC on an off day belly-flops into still waters.

“Oooh / look what you made me do” may have been deliberately delivered low-key, but comes off as a reactionary anti-climax. This line is, however, (dare I say?) kind of sexy! Or, at least, it intimates a sexuality Swift has buried or buttoned up in the past. It’s a new presentation for Swift, and “Look What You Made Me Do” is even sung to the “tune” of Right Said Fred’s classic “I’m Too Sexy” (the second half of the chorus is literally just Swift’s voice with drum machine’s floor tom and snare). Fred gave Swift’s interpretation a seal of tepid approval, saying, “It’s pretty cool—I like the cynical aspect of the lyric, because “I’m Too Sexy” is a cynical song,” which basically translates to, “Sure, I guess, and thanks for the money.”

Copy-catting a quarter-century-old hit is cynical (and more than a little lazy). An unexpected Ableton makeover could turn “Look What You Made Me Do” into something harsher, abstract, or truly dark (something akin to Chrisma’s “Black Silk Stockings,” perhaps?). If Swift, who has co-produced 18 of her 37 singles, remixed her own song and quietly tweeted out its SoundCloud link, it would turn this surprisingly bland album rollout on its head. Imagine the mass hysteria and international confusion a black lipstick wearing, SoundCloud DJ version of Taylor Swift would create. Imagine if this Taylor didn’t wash her hair or change clothes all that much (which is not totally implausible, considering Reputation’s cover photo), and mostly spent her time twisting knobs around in a suburban-basement home studio. “Always loved this band,” she would caption an Instagram of Einstürzende Neubauten or Ministry. Maybe she’d recommend a new favorite book, This Bridge Called My Back, via Twitter. IMAGINE THIS VERSION OF TAYLOR SWIFT. Shit would be literally FUCKING BANANAS.

On the bright side, “LWYMMD” leaves potential for Reputation to be Swift’s most thematically adventurous album, even if this song isn’t very well-executed or likeable as it stands. As for being unlikeable, an embrace of that side would be cool and convincing from a pop star whose identity was built on doggedly presenting as a sweet, cat-loving, cookie-baking girl next door. Swift has long wanted to play the underdog (casting herself as “the weaker man” in “Mean” was imaginative, if not incorrect; she was writing to a music critic who is now most famous for his association with her name). But coupled with an obsessive drive to be the best and longstanding knack for getting there, underdog she is not (nor has she ever been). That’s okay. It isn’t an indictment on a person’s character to be driven or talented, or to come from privilege. But an inability to write from the (possibly isolated, lonely, and certainly uncommon) perspective of these heights has long been sorely missing from her otherwise agile and versatile writing voice.

On Reputation, Swift has the opportunity to reveal herself to be a snake (like the one eating itself in the lyric video, or serving her tea on her throne) previously disguised as benevolent royalty. “LWYMMD” is said to be about her longstanding feud with Kanye West (which, if this hilarious conspiracy on a message board thread is to be believed, was the brainchild of Jay-Z’s efforts to make Beyoncé look good at an award show). While this is old news, Swift versus West actually makes for an interesting match. They’re mega-famous pop culture-shifting behemoths with diehard fans and detractors, both maybe voted for Trump, and both sing autobiographical songs about their exes and enemies. There aren’t enough stories about women as the “bad guy,” especially not from the perspectives of villainous women themselves. Swift has everything going for her to play a great one: She sounds like a domestic abuser, abandoned country music, has a lot of special white social-media celebrity privilege, is a spineless feminist (after denying any feminist allegiance in more youthful days), maybe voted for Donald Trump, and once shamelessly ripped off a Rihanna music video. It’s easy to hate her. It’s almost like she wants you to.

In 2008, a besotted Robert Christgau called Fearless a “concept album […] about the romantic life of an uncommonly-to-impossibly strong and gifted teenager […] shedding naivete without approaching neurosis.” If “Look What You Made Me Do” is about ancient, back-of-the-freezer burned stale beef with Kanye West, perhaps Reputation will be an inversion of the conceptual character study Christgau saw in Fearless—one that envisions the sad and rarely seen life of a villain, diving deep into both her despair and myopic passion for personal revenge. It would certainly have more bite if Swift took aim at West’s monopoly on Jesus (Yeezus) comparisons instead of employing the restrained, noncommittal barbs she’s tossed on “Look What You Made Me Do.” (Does “I rose up from the dead / I do it all the time” suggest a fascinating, narcissistically turbo-charged messianic complex? Yes, please!) 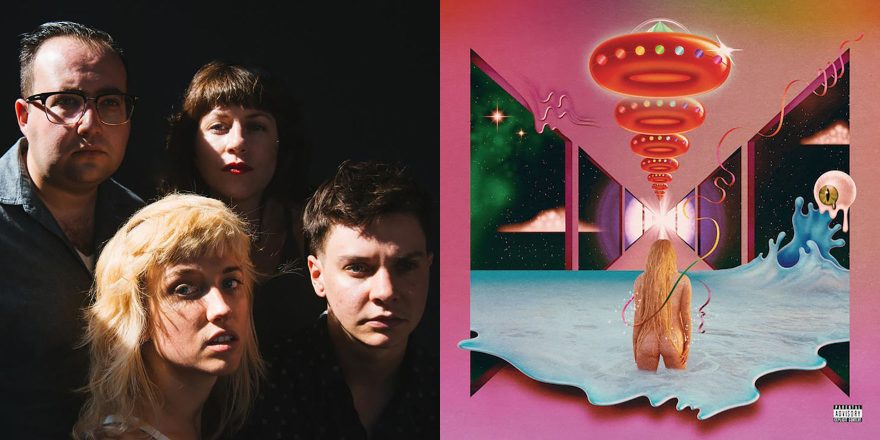 Kesha Finds the Life of the Party