This week, Toronto punk band Greys shares an aggressive, energetic playlist with tracks from artists like Ice Cube, Bikini Kill, and more. The group adds some insight into how these songs inspired and influenced their sophomore album Outer Heaven, out today via Carpark Records.

Ice Cube — “Wicked”
I have never heard a more aggressive beat in my entire life. My brother introduced me to this song when I was about seven years old and I remember thinking that it sounded so dangerous, like I’d get in trouble just for listening to it. When we were first getting drum sounds in the studio for Outer Heaven, I told our producer, Mike Rocha, that this is what I wanted the more aggro drum parts to sound like. Two decades later, and it still sounds like the L.A. riots are happening in your headphones. Or, more accurately for me, that my dad is going to yell at me for listening to it.

Bikini Kill — “Rah! Rah! Replica”
Bikini Kill are one of my all-time favorites and they are one of those rare punk bands that only got better as time went on. This song is such a blast of catharsis that gets so many ideas across in exactly one minute, without even repeating most of its massive hooks that seem so effortless. Definitely kept this song in mind while writing “In for a Penny.

Broadcast — “Pendulum”
I remember distinctly telling the guys at the outset of recording Outer Heaven that I wanted the album to sound like “if Broadcast were a punk band.” It doesn’t, really, but their ability to bounce from freeform noise to stunning melody within one song always blows me away. Must have listened to this song a thousand times by now.

Autolux — “Plantlife”
This band is the definition of a “musician’s band.” The way they meld all these different styles yet still keep it economical as a three-piece is so impressive to me. Carla Azar’s drumming on this album is next level as well. I listened to this record as I was going to bed for most of 2015, and it certainly contributed to the more dreamy aspects of Outer Heaven.

Jim O’Rourke — “Ghost Ship in a Storm”
Jim O’Rourke is a genius, straight up. Dude can do anything. His solo records, as well as Wilco’s A Ghost Is Born, were definitely significant reference points for the recording of Outer Heaven. He can make such a pristine recording and add layers of literal noise to it and that is astounding to me — and his work was a big jumping off point for us to figure out how to accomplish that with the direction we wanted to go in. Maybe he can join our band, too, some day.

The Kinks — “Sitting by the Riverside”
Ray Davies has had a massive influence on how I approach lyrics and melody. He has a unique way of satirizing his subject matter, which I tried to do on a few of our songs by giving myself a point of view I might not agree with and to come at it with a sense of humor. Melodically, he is unparalleled. He makes it seem so easy.

Serge Gainsbourg — “Cargo Culte”
We tried to incorporate some of the bass sounds from Histoire De Melody Nelson, but I think we ended up with something a little… louder. You can hear a bit of those grooves on “Erosion.”

Brian Eno — “I’ll Come Running”
Oh, Eno. If there is one artist we all love, it’s this man. His approach to making a guitar (or any other instrument) sound nothing like itself generally plays a big role in how I will approach recording guitar tracks. The solo on this tune was a major touchstone for a lot of those hot licks you’ll hear on Outer Heaven.

The Stone Roses — “Mersey Paradise”
On our first European tour, in 2014, I listened to the Stone Roses every single day. I bought not one but two Stone Roses T-shirts while we were in Manchester. The way they could write these stratospheric melodies yet still come off as detached and disillusioned was a big inspiration to me, particularly for songs like “If It’s All the Same to You” and “Blown Out.” Full disclosure: There is an overt nod to the bassline of “I Wanna Be Adored” on “Cruelty,” too.

The Soupcans — “Parasite Brain”
The Soupcans are, hands down, the best punk band in Toronto. Hearing them distill their brand of primordial sludge punk into its purest essence played a big factor in my personal decision not to try and out-heavy ourselves on this record. Why bother when your hometown homies are already doing it better than anyone else?

Nine Inch Nails — “March of the Pigs”
Such an all-out assault that still manages to be catchy. You can tell Trent was a huge fan of the Bomb Squad with how, er, bombastic this record sounds. The break before the second chorus on “If It’s All the Same to You” is a direct nod to this song.

Miles Davis — “Génerique”
I include this while fully acknowledging that a band citing Miles Davis as an inspiration is usually full of shit. I can’t say that he necessarily inspired our music directly, but this soundtrack he made for Louis Malle’s Ascenseur Pour L’echafaud was played repeatedly at the house we stayed at in Montreal whenever we would make dinner. We are all huge film nerds, and soundtracks like this, Chinatown, or anything John Carpenter always resonate with us. That tense vibe comes across best on “Sorcerer.”

Gunk — “Hippy”
Philadelphia’s Gunk, along with their friends Spirit of the Beehive, are an indie rock band that seem incapable of writing bad songs. Their self-titled record is sequenced like Side B of Abbey Road as interpreted by Pavement and Guided By Voices. It’s delightful and is one of the few records that all four of us will listen to happily in the van. 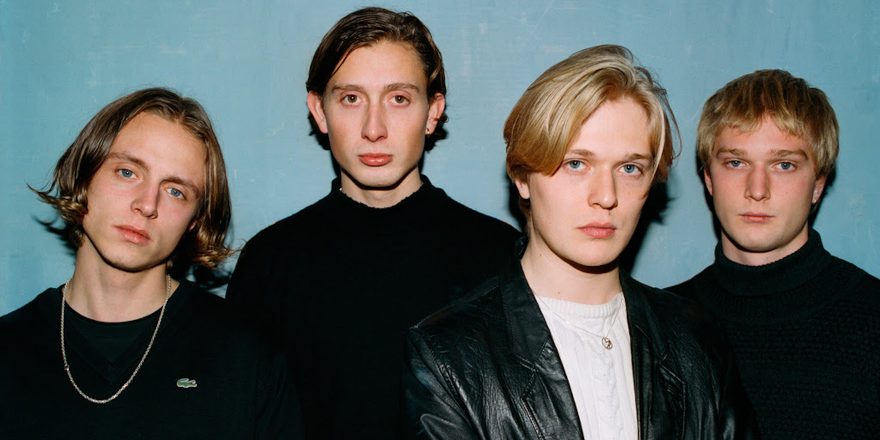