Today is no ordinary Friday, because today marks the release of Dave Harrington Group’s Pure Imagination, No Country. This is Harrington’s second solo record since the end of Darkside, his collaborative project with Nicolas Jaar. Be sure to check out Dave’s playlist below. You can catch the Dave Harrington Group live for the next couple of days during the band’s residency over at Threes Brewing in Brooklyn.
—Keenan Kush, Talkhouse Operations Manager

Here, I’ve included one song each from 10 of the records that I always keep off the shelf, lined up right next to my turntables at home. Some of these are records that I always want close at hand because I listen to them so often, some of them are out and about so that I don’t forget about them or just because I like looking at them; some of them are around because they make me nostalgic and sentimental, some because they flatly defy the categorization system I have for my shelves, and most of them kind of for all of those reasons.

Alejandro Jodorowsky — “Tarot Will Teach You/Burn Your Money” (The Holy Mountain OST)
My partner Tamara gave me this record a few years ago, and it’s truly wild. She knows I have a deep interest in Jodorowsky, and the reissue of this soundtrack is just amazing. There are a thousand far out ideas on this soundtrack. It’s inspiring and interesting, and yet I also just really like putting it on and listening to it. It’s eminently listenable. My thing for Jodorowsky goes a ways back—I started a band years ago (that might be due for a comeback one of these days) called El Topo, and once while I was in college, my band at the time commandeered the university music department’s giant recital hall for a midnight screening and performed a live improvised soundtrack to The Holy Mountain.

Kermit — “Rainbow Connection” (The Muppet Movie OST)
This is one of my all time favorite movies, and while it is definitely like mainlining nostalgia, I also find it to be totally evergreen. This LP was my mom’s and I nabbed it and added it to my collection at some point a number of years ago.

Count Basie and The Kansas City 7 — “What’cha Talkin’?” (Count Basie and The Kansas City 7)
I have a couple of copies of this record floating around at this point. I first got it when my roommate in college and old friend Dr. Nate Sloan rescued a box of discarded LPs from the music library and brought them back to our house. I put it on the turntable and never took it off. I love Basie’s playing and arrangements in this small group format, how much flute is on the record, the fact that you can really hear Freddie Green’s guitar super clear in the mix—I never get tired of putting it on. Eminently listenable.

The Band — “I Shall Be Released” (Music From Big Pink)
There was a stretch of time maybe eight or ten years ago where I didn’t listen to anything except The Band. They are the best. This is the best. Also, we always close the annual Holiday Spectacular that I’ve been organizing for the last handful of years by inviting everyone up on stage and playing “I Shall Be Released.” Listening to this record is like a pure sentimentality, calling up memories while also making them in real-time, a time-traveling simultaneity of nostalgia.

Sonny Rollins — “Alfie’s Theme” (Alfie OST)
I love Sonny Rollins and I love Michael Caine, and this record brings them together in a way. This is a good thing. The theme is so good. This is also my dad’s original pressing, and sounds so so good. Having this copy and seeing the cover out and about really just makes me want to listen to this music even more.

Miles Davis — “Blue in Green” (Kind Of Blue)
I have my dad’s original mono pressing of Kind of Blue and it just sounds incredible. Obviously this is an all time jazz record for pretty much everyone and I can’t say anything about it that hasn’t already been said, but the truth is I still just love listening to it, and listen to it all the time.

Vladimir Vysotsky — “Этот День Будет Первым Всегда и Везде” (Свой Остров)
My friend Andrew and I bought this record one summer during college when we drove from Providence to Boston for the day, I think to see a movie. All the text on the LP cover and sleeve is in Cyrillic but when we bought it, he told me it was the famous “Leonid Ustyov.” This was a fiction, a lie. Andrew and I promptly started a band, a messy hybrid of Slavic Soul Party and Gogol Bordello, and wrote a bunch of unwieldy songs. That band was called the “Leonid Ustyov Appreciation Society and Band.” There’s a record we made too, maybe one day we’ll do something with it.

I didn’t find out til much later that this singer was actually Vysotsky (not until my friend from the Lot Radio, Chris Cherry, did some digging after I played the record on my show there). I still listen to it—it’s a killer record. The link to the song here is something else of Vysotsky’s, because I don’t think the record I have exists in digital form. But, there is a mammoth amount of Vysotsky’s music on Spotify—enjoy!

Tom Waits — “Alice” (Alice)
An all time favorite record of mine, has been in steady rotation since I discovered it over a decade ago. It’s so sad and often so quiet, I often listen to it if I’m feeling sad or in need of controlled quiet.

Mandy Patinkin — “Over the Rainbow” (Mandy Patinkin)
This is another LP I stole from my mom’s collection. The arrangements are so lush, really incredible sounding, and it’s probably my favorite version of “Over The Rainbow” ever recorded.

Gram Parsons — “$1000 Wedding” (Grievous Angel)
I feel like I still have things to learn from this record – I keep going back to it. When I first started playing pedal steel a few years ago, I used to play along to this record all the time to try and get my chops up. “$1000 Wedding” is one of my all time favorite slow, sad country songs.

Oscar Peterson — “I’ve Never Been In Love Before” (The Trio Live From Chicago)
This trio recording is my favorite Peterson, the interplay with the rhythm section of Ray Brown and Ed Thigpen is impeccable and somehow they manage to make even the most intense burners of tunes feel relaxed and social. I love the quality of the recording—you can hear Peterson mumble-singing along with his solos sometimes, and you can hear glasses and silverware clinking away in the background, it’s like you’re dropped into the middle of the club they recorded it in. I put it on last night while I was having dinner. I listen to it all the time. 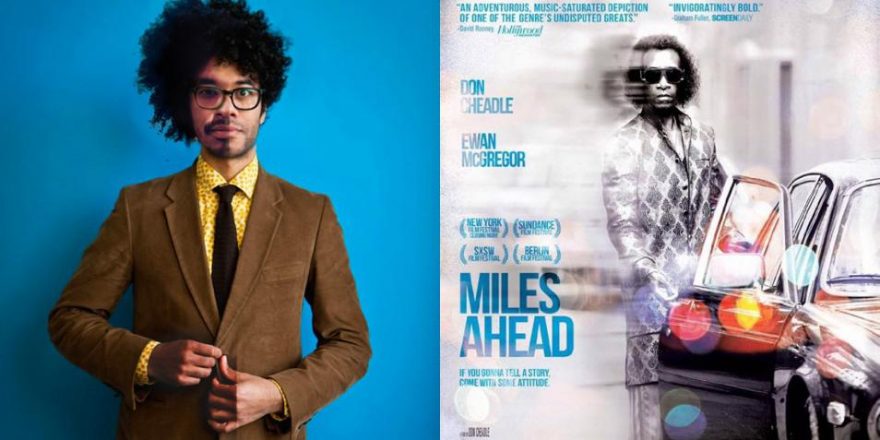 In Miles Ahead, Don Cheadle Goes 19 Rounds with the System for the T.K.O. 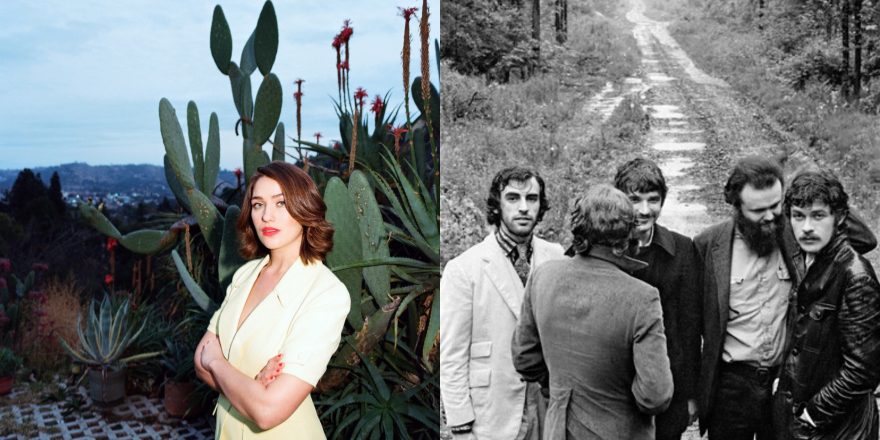