I’m no Miles head myself, but it’s not to say that I don’t “get” his work. The minimalism, the reinvention, the virtuosity, the prolific output. I’m particularly fond of his sentiments on genre, which I feel apply directly to me and the work of my cohort. These sentiments have been colloquially summed up to me in this form:

“I just make the shit, I let you muthafuckas figure out what to call it.”

But I think my taste in music is too far left of center, and leans too far toward how a sound is captured and the resulting texture than what actually gets played, to get nostalgic about Miles. Or better, I’m just not up on it like I thought I would be.

My dad played lots of social music (Miles’ term) growing up. He’s an audiophile and I mostly didn’t know exactly what he was playing. I remember Pharoah Sanders CD covers, Keith Jarrett, I think we met Dizzy Gillespie at the Caravan of Dreams in Ft. Worth, TX, sometime in the mid ’80s, but I might be mistaking that Cosby Show episode where Rudy meets him for a memory of my own. I’m sure Dad played Miles. I definitely became aware of “Blue in Green” and “got” it at some point fairly early on, maybe around high school. I think I like it because it’s cinematic. Or maybe it was just a pop record, the reissue we all had access to. That particular song, though, made me understand the minimalism and mood-making that moved everything forward from the maximalism and athleticism of a Bird solo.

I don’t know Cheadle’s entry point, but Miles Ahead is an affair born of obsession and rigor. Its fingers worn to the bone and spit-filled valves clicking ad infinitum, making their own music and perfecting scales. It presumes you listened to the reissues and recognized their genius as a banality and are bored with the eccentrically-clad-black-man-with-his-back-to-the-audience image of Miles and gets to the business of myth-making. Or rather, the film gets to the business of making a useful myth of Black Genius and how white capitalism and culture-vulturing picks at the corpse of Black art until the skeleton is all that’s left. Then how that skeleton can be used for juju to make new shit they ain’t even heard of yet.

I say “myth” because of the phonetics and the connotation lean toward magic, but I really mean “meta-parable.”

Miles Ahead is a movie about how a Black man with receipts, credentials, earnings statements and many other hard copies that can serve as evidence of past artistic and commercial success must fight with the white supremacist industry / machine / system to allow him complete control over the funding, production, and distribution of his artwork. Artwork that, by a cruel twist of the stakes of the known universe, spiritually and economically sustains them.

The story of how this movie got made is that a Black man (Cheadle) with receipts, (yes … I’m going to see this parallelism all the way through), credentials, earnings statements, and many other hard copies that can serve as evidence of past artistic and commercial success had to fight with the white supremacist movie industry / machine / system to allow him complete control over the funding, production, and distribution of his artwork. Artwork that, by a cruel twist of the stakes of the known universe, spiritually and economically sustains them.

That story, the story of Cheadle boxing with the system 19 rounds and scoring a technical K.O. in the form of this movie. It would have been a clean K.O. had he somehow been able to make the movie he conceptualized, a movie that breaks all the rules, a movie that would not have included a white protagonist. To my eyes, this interloper of a character is consistently reminded by Miles, the character, and Cheadle, the director (and Don Davis, the confluence of the two), that he is along for the ride despite Miles’ / Cheadle’s almost complete disinterest in him as a character / human being. He seems like a writing exercise dropped in the middle of the movie, the cinematic equivalent of Miles playing a phrase from The Rite of Spring in the middle of a keyboard solo on “Miles Runs the Voodoo Down,” a prank just to let white folks know that the blues contains multitudes, cousin.

Still, it explicitly does not work; this 19 rounds ends with a win, but one that comes at a cost. Eyes swollen shut, Parkinson’s in your future or CTE, fatigue and surprise. Because who knew that for all the rule-breaking this movie hangs its hat on, all of the “new shit,” all of the pushing of “it” forward, all of the iconoclastic fuck-the-system blackness, there was one rule it had to obey to exist at all.

From the linked Rolling Stone interview:

Cheadle: There were a few different journalists who did try to interview him during this time, but there were some real-world concerns we needed to deal with and that necessitated bringing the character in.

Cheadle: Such as to get this film financed, we needed a white co-star. These are issues that come into play. And until Ewan [McGregor] came on, until we had cast the proper white co-star, there was no Miles Davis movie. There was no Miles Ahead. The family had been trying to make this movie for years, and we straight-up told them, “We need a white co-star. We need to tell this story, in order to get this money, with a white male lead.” That means something.

My hat’s off to Ewan, who, you know, didn’t look at this role and go, “It’s like a second fiddle.” Or: “I’m carrying Miles’ water.” He really found a way to really make this his story as much as it is Miles’ story. They kind of go off in this gangster buddy pic and do their heist movie.

Interviewer: You do flip the script by making the white guy a sidekick to the black character, instead of what you usually see. But that’s incredibly depressing.

To backtrack, there are more hits than misses and more jabs to the chin than body shots and I think Don only got knocked down once.

The knockdowns were: First, the aforementioned interloper. Second, an ill-conceived final all-star concert that just didn’t land – it was somehow inert to my ears and eyes. Third, for all its posturing as the cure to cliché “biopic,” the movie was structurally adherent to many of the rules of the “biopic.” It has the flashbacks, the montages of technical genius, the love that changes everything, the moment when the wheels fall off, the circumstances that right the ship, etc., ad infinitum. To my eyes, Don underestimated the profound influence that the disease of formalism has on all of us who deal in pictures. This is Don’s first feature, though, and if this is his starting point I cannot wait to see how his experimentation with form will manifest in his future films. When watching it I could not help but think, “Why didn’t he start directing years ago?” As a director and an actor, he has that thing you cannot teach or imbue: a singular, original voice.

Enough with the misses, let’s get to the hits: Emayatzy’s everything – her strength and vulnerability, but really strength, thoooo. The subtle and precise use of the match-on-action cuts betwixt time periods and moods. And the scenes depicting Miles’ profound technical virtuosity: he plays Chopin, he composes and marshals 40 musicians with ease, he directs; he has mastered his craft, if not his desires, his morals, his dick, eyes, fists or his id.

Miles Davis approaches the status of a Black Devil and this movie is almost a Black Devil movie which, as evidenced in my last Talkhouse piece, is a rarely seen yet necessary character trope that I happen to love and admire. Unfortunately, to belabor the point, he was a Black Devil who for a large percentage of his screen time was pestered by a white angel-in-training who, like the landlord in Hal Ashby’s classic, in the end realizes his wings were imagined by an audience of funders he did not know were his progenitors.

Don Davis scores the knockout in the film’s final moments. Miles, Random White Guy and Young Genius Black Trumpeter are in the same room, and the two shamans (the artists) begin to conceptualize some music. Random White Guy tries to insert himself gently into the process, but Miles the musician makes the decision to hush him, turn his back and go about his business of expressing himself in communion with the next generation. Don the director follows Miles with the camera and does the same, literally, finally, thankfully relegating the interloper to the margins. 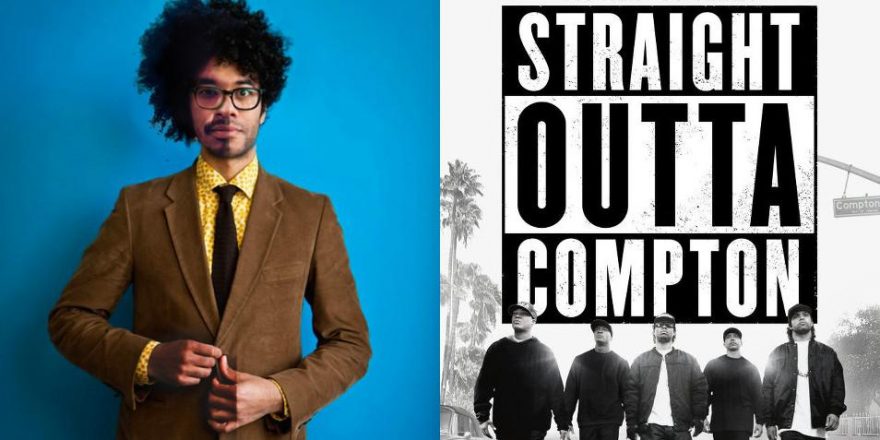