We’re starting this week off with a playlist from Uniform, the New York-based duo of Ben Greenberg (ex-the Men) and Michael Berdan (ex-Drunkdriver). Uniform recently released their LP, Wake in Fright, and it is a vicious, raw album indebted to the duo’s hardcore and metal leanings. Fittingly, today’s playlist includes some of the best American doom metal, NWOBHM and more heaviness. Use this energetic playlist to fuel your Monday, and make sure to catch Uniform on tour this month!
– Dave Lucas, Talkhouse Marketing Manager

Trouble – “Victim of the Insane”

The best American doom band of all time. This is some of the heaviest, most depressing guitar-based music ever created. People often compare the first two Trouble records to Black Sabbath at their finest, and that’s understandable given how miserable and God-fearing these drug-fueled tunes are. “Victim of the Insane” is a desperate song made by desperate people. Hardest there ever was. – Michael Berdan

Kevin DeBroux is very likely a genius. This is what a lifetime of bad days sounds like. Cleaning the Mirror is a deeply reflective meditation on loss, self-loathing and abject hopelessness. It is one of the most honest and easily relatable records I’ve ever heard, and in time I believe that it will be viewed as nothing short of a classic. “Storming Heaven” begins with an almost danceable drum machine beat before quickly breaking into the slowest, most dismal blues part imaginable. Absolutely devastating in execution and effect, this is probably the last thing you want to listen to while having a bad trip. – Berdan

One of my favorite NWOBHM bands, easily. Witchfinder General come from the same general area as Black Sabbath and plays a very similar vein of doom, but where Sabbath are so much mood and atmosphere, Witchfinder General sweat attitude and mania. “Free Country” is a high energy, mid-tempo song about all kinds of drugs. The lyrics are fucking ridiculous. I love it so much. – Berdan

This is as ugly as it gets. Every drum hit is a punch in the stomach. Every note is a hammer to the head. Feedback is so much broken glass. Gut-churning, knuckle-dragging rock & roll at its worst. They did a split with Kilslug and that’s appropriate. – Berdan

The simplicity of this track is completely disarming. There’s no instrumentation per se, but rather the sounds of someone casually tinkering around in the kitchen accompanied by Jefferies’ haunting voice. The lyrics center around a kind of very real, very common existential dread. Haunting and beautiful, this song destroys me every time. – Berdan

Henry Flynt is a big hero of mine. He’s anti-art, anti-Stockhausen (fuck Stockhausen, come at me), and makes the most beautiful, original, uncategorizable music. It’s minimal and overwhelming and terribly sad and gorgeous at the same time. Most of all, though, it’s simple, almost too simple for its own good, and that’s where his genius really lies. – Ben Greenberg

A lot of people don’t take me seriously when I bring up KISS. Fuck them. – Greenberg

My favorite part of this song, besides the best recorded snare drum sound in history, is the background track of Lou and the band talking shit in the control room. You can tell that he’s got his hand on the faders and is pushing the volume of that track up and down to punctuate certain parts of the arrangement. It doesn’t make any sense and it’s totally disorienting and I love it. – Greenberg

This is the first track off their 2002 LP Evil Heat. Kevin Shields produced the record and it’s one of my all-time favorites. I love how the track just cuts in so aggressively right at the top. I also love how you can’t really tell which instrument is which. Am I hearing synths? Guitars? Guitars through synths? Are there drums buried in there? Or not? And then that chorus with the big harmony vocals, so sick. – Greenberg 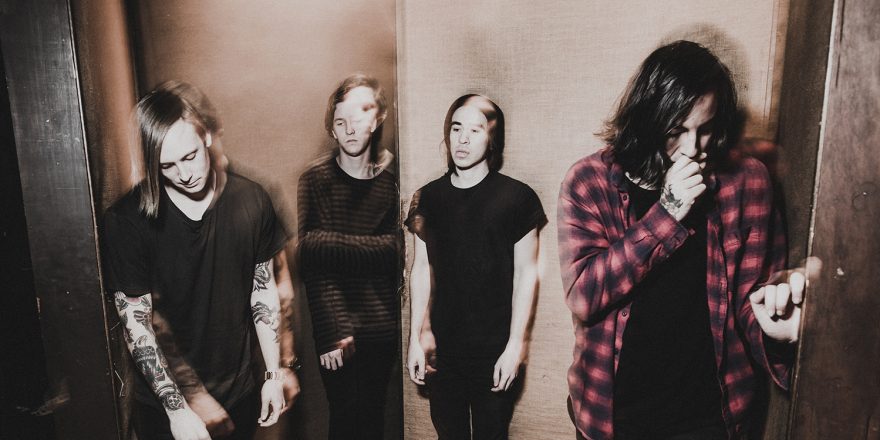 Talkhouse Playlist: The History of Post–Hardcore According to Capsize