This Friday, Seattle-based producer Lusine (a.k.a. Jeff McIlwain) will release his new album, Sensorimotor, on Ghostly International. In honor of the new release, McIlwain put together today’s playlist to get your week started. It features gorgeous vocal work from Susumo Yokota, hypnotic recording techniques from Dorian Concept and much more. Enjoy!
– Dave Lucas, Talkhouse Marketing Manager

Susumu Yokota – “Azukiiro No Kaori”
This track, and Yokota’s music in general, has been huge influence on me starting from when I lived in L.A. in the early 2000s to this day. His vocal work is gorgeous, and he passed away too soon.

Loscil – “Weeds”
Loscil has a way of making it seem like his understated music is completely effortless, but it’s clear on multiple listens that it’s meticulously crafted. He chooses different instruments to focus on for each new release and his sound translates well here with the scattered vocals.

Dntel – “Anywhere Anyone”
Dntel’s production on this record is really interesting. Very open and somewhat scattered, but very artful, and his work with vocals was pretty unique at the time and still holds up really well.

Blue Hawaii – “Try to Be”
I love the interplay between the main verse and the sequenced vocal fragments here. It’s well controlled, but still fairly experimental.

Dorian Concept – “Ann River, Mn”
This is less experimental and more focused on the vocals as being one small layer of a larger whole, treating them like one instrument among several. I’m always a fan of this repetitive, subtle, and hypnotic vocal recording technique.

Prefuse 73 – “Rain Edit Interlude”
Another huge influence on me from a few years back.

Bibio – “You”
I appreciate Bibio for stepping out and doing different things and not sticking to the same style. This track grew on me. I’m not a fan of R&B, but I’m a big fan of this type of collage work, where it becomes a totally different thing. It takes a lot to form all these disparate samples into a track with a cohesive chord progression, and not just a “soundscape.” He makes it seem easy.

Letherette – “Blad”
Similar in style to the Bibio track, but I really like Letherette’s beefy production style. Works really well with this intricate sampling.

Gonzales – “Knight Moves (DJ Koze remix)”
It’s hard to pick just one track from DJ Koze here. I’m not sure there’s a better remixer out there. His work with vocals is always interesting because, aside from being crazy unique, he’s always able to add a bit of tongue-in-cheek to his tracks. Something I’ve never been able to do.

Matthew Dear – “Will Gravity Win Tonight?”
Dear has figured out exactly what makes his kind of guttural vocals interesting and hones in on that with his music. Here, it’s pretty exaggerated, but it works well with the theme, which I think is kind of about the struggle between intense work and sleep.

Alex Smoke – “All My Atoms”
Alex has really perfected the robotic production style of his vocals, and they sit in the mix so well here.

John Talabot – “Voices”
Love this track from this year. Has a bit of a Steve Reich quality to it.

Christian Loffler, Mohna – “Haul”
Another track like Blue Hawaii’s where the interplay between the vocal verse and the layers of vocal fragments is what makes it interesting.

Prefuse 73 – “And I’m Gone”
This seemed like a nice closer. I love how he stretches, reverses and scatters the vocals until they come into focus toward the middle. Beautiful track. 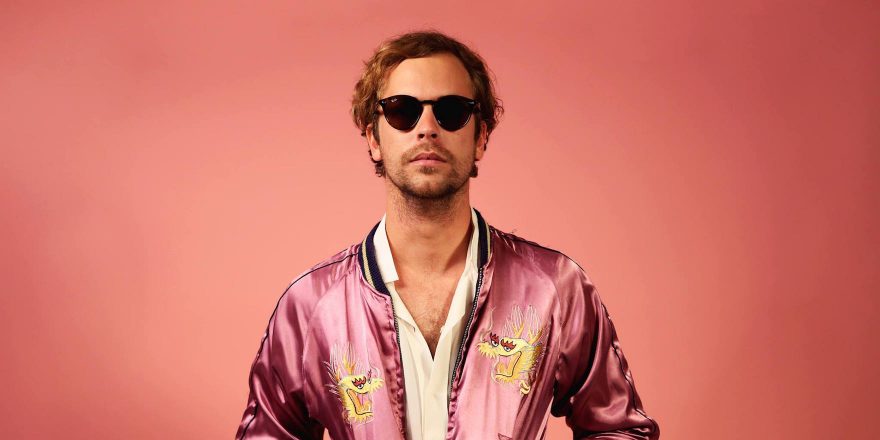