Jay Watson, of Tame Impala and Pond, recently released his third self-produced record under the name GUM, Flash in the Pan. The swirling, catchy album is as danceable as it is experimental, and to celebrate its release, Watson put together this Talkhouse playlist. With tracks from Travis Scott, Radiohead, Spiritualized and more, we get some insight into Watson’s producer’s ear, and a great playlist to enjoy.
–Dave Lucas, Talkhouse Marketing Manager

Travis Scott – “the ends”
The other guys in POND put me on to Travis Scott, and I’ve been listening to this song off his new album quite a lot recently. Turns out it’s produced by Mike Dean, who’s played most of my favorite parts on the last three Kanye West records, and is quickly turning into a keyboard hero of mine. It has an amazing verse from Andre 3000 with these crazy chopped futuristic vocal fills by James Blake.

Danny Brown – “Tell Me What I Don’t Know”
This song blew my mind when I heard it a few months ago. Such a simple yet wild beat, really groovy but not the sort of groove you could normally imagine rapping over. I love the synths (guitars??) and the drums are almost like a CAN beat. I also love how Danny Brown’s using a completely different low voice than his usual high-pitched raps.

Black Moth Super Rainbow – “Since You’ve Seen Her”
I’m a really big fan of both Black Moth Super Rainbow and Tom Fec’s other project, Tobacco. Both projects make this twisted, pretty yet evil-sounding synth-y vocoder hip-hop stuff. This is a song off a relatively recent release, but you can pretty much listen to any of their records and get a feel for what they’re about.

Radiohead – “Tinker Tailor Solder Sailor Rich Man Poor Man Beggar Man Thief”
I’ve always admired Radiohead and liked certain songs, but this is the first record of their’s that I’ve truly loved. I think it’s this gorgeous mix of synthetic and organic sounds and this song is a perfect example of that: synth and piano, drum machine and real drums. The orchestral string arrangements on the whole record are beautiful, but the end of this track just blows up with the strings.

Robert Wyatt – “At Last I Am Free”
Robert Wyatt is an amazing man and if anyone doesn’t know his story or his music they should definitely explore it. This is a cover of a Chic song, and he turns it into this powerful, uplifting, almost gospel ballad.

Soft Hair – “In Love”
This is a song from a record made a few years ago, but just released, by Connan Mockasin and Sam Dust (LA Priest), two favorites of mine. The instruments are so wobbly and modulated that at first I couldn’t follow the chord pattern and it sounded really harmonically complicated, but I slowly begin to hear this quite simple and beautiful song underneath the effects. There’s not much music on the planet that sounds like this.

Rihanna – “Kiss It Better”
I really dug Rihanna’s last album and this is one of my favorite songs off it. I love the production (the almost hair metal guitars, the whizzing drum machines) all good stuff.

Prince – “Adore”
Last track on Sign o’ The Times. I love hearing people doing the lead and backing vocals and just weaving around themselves multi-tracked. Prince just sounds so effortless and cool and sexy singing every line. Favorite line: “I’d like to think that I’m a man of exquisite taste.” Damn straight!

Spiritualized – “I Think I’m in Love”
This was always my favorite Spiritualized song. I heard it the other day live when they played Ladies and Gentlemen We are Floating in Space from start to finish, and it was one of the best shows I’ve ever been too, truly powerful. I think the combination of droney psych and gospel on this track is just brilliant, and I love all the really simple call and response ’50s rock & roll lyrics like, “Think I have caught it bad (probably contagious)/Think I’m a winner baby (probably Las Vegas).”

Aretha Franklin – “(You Make Me Feel Like) a Natural Woman”
Just a beautiful song, perfectly written. There’s a video of David Bowie in a car in the mid ’70s singing along and doing all the backing “aah-ooh”’ in the verse. I saw it just after he died and it just made me realize how special music is and how much he loved it. 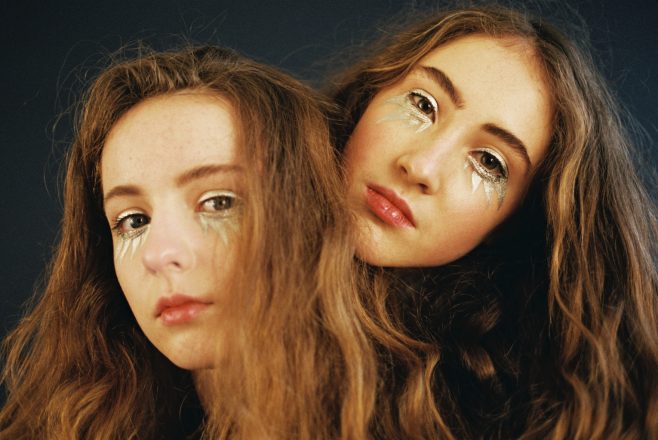