Emil Amos (aka Holy Sons) is a shapeshifting experimental master. His new album In the Garden is out now on Partisan Records. The expansive, lush sound pays tribute to the melodic singer/songwriter pop of the ’60s and ’70s, which fits perfectly with his playlist for today exploring his experience with AM radio. Give it a listen, and be sure to check his new record, his podcast Drifter’s Sympathy, and enjoy!
–Dave Lucas, Talkhouse Marketing Manager

I’m currently slaving away on the first year of a new podcast I’m producing called Drifter’s Sympathy for a network out of Los Angeles called Feral Audio. It’s essentially an audiobook about the early moments that mold who you become, and, inevitably, music is a huge part of that process.

I grew up in North Carolina, and on holidays my mother would take me on long car rides to Georgia to see my grandmother, who was living in our old family farmhouse. On these trips, she’d buy us tapes for the car to pass the time, usually gas station compilations of late ’50s/early ’60s songs such as Ray Peterson’s “Tell Laura I Love Her,” Jumpin’ Gene Simmons’ “Haunted House” and Del Shannon’s “Hats off to Larry.” As mainstream as this music seemed to be, I think my childhood mind sensed there was a seedy, cheap and complex world behind it.

Something hidden in the AM band was beckoning me. The sadness that initially repelled me — when the AM Gold infomercials came on and looped relentlessly at night — slowly began to draw me into its morbid world.

Our parents’ idealism, and the counter-culture itself, was nearly shattered upon the rocks at the end of the ’60s, but the conscious witnesses of that wreck produced some great and timeless art in the background that documented that time. And when kids like me heard that art, we essentially went out and joined up to give our lives to that same search for salvation — at the risk of total destitution or the internal erosion that comes from the bitterness of lack of love or societal affirmation.

The man that probably jumped out the most from those gas station compilations was Shannon, the writer of “Hats off to Larry.” The cancer of rejection that fueled his songs personified a deity of something one might eventually call “existentialism” — after accidentally stumbling across the text on the back of a copy of Jean-Paul Sartre’s Nausea.

When I think about Del Shannon — a guy who literally had everything any kid could want, but faded into deep sadness and eventually killed himself — he represents something dark and beautiful at the base of why I was drawn to music in the first place. There was no way for my naïve brain to really understand that I was begging to be let into a world replete with the same pain and frustrations that someone like Del Shannon was grappling with.

I can see him peering out from backstage through the curtains, night after night before taking the stage, knowing somehow that the crowd wasn’t really clapping for him. That they wanted someone else eternally, and he was just a temporary stand-in that would do for now. This was a matter of destiny so predetermined that Shannon himself had to rectify his earthly dissonance by erasing himself from temporal life to achieve a congruency.

It doesn’t seem like a mistake that, when he appeared out of the shadows to sing “Stranger in Town” on TV, he was wearing the same style of trench coat donned by Camus — a look ironically stolen from Bogart, another figure that symbolized the Catch-22 felt inside that generation. It’s an amazing testament to the pure power of psychological pain that a person like Shannon could experience all the best things in life and still never find a way to be comfortable in his own skin.

“’Stranger in Town’ is one long bleat of terror, the singer and his lover pursued by some unnameable person for reasons just beyond the fringe of rational understanding.” — Dave Marsh, The Heart of Rock & Soul

On our long car rides my mother would explain to me more about our family and how my dad had fried his mind on acid before I was born. Each car ride would yield more information as I learned he’d lived with Joni Mitchell early on and then become close friends with David Crosby and Steven Stills before having fiery falling-outs with them over their oncoming obsessions with cocaine.

While learning about this landscape of the world of music giants and their grisly back-stories, the tapes from those classic ’50s and ’60s songwriters played in the background and each perfect melody would get trapped in my mind, looping relentlessly as I retained their chord structures.

When I’d return to elementary school, I’d sing those songs ceaselessly, and the teachers would beg my mother to try to explain to me that there’s a time to pay attention to other things besides singing. But it was too late.

We cut ourselves in these early molds and probably don’t end up changing all that much in the grand scheme of things. And, in the same way, the great and PERFECT songs that came of these lost writers who gave their lives while publishers took everything and let them die in squalor still stand just as tall now as they did to my eight-year-old mind.

Memories of early life come to you right as you’re falling asleep, when a moment of intense vulnerability from your early development comes crashing into your mind and you can see life from overhead from the god’s eye view.

So with all that baggage in mind, here’s a playlist that returns to that moment when my mind was a blank page and I had nothing in front of me but a void of potentiality…looking out the window of that car riding forever toward Georgia and towards the future when I’d eventually have to face those same realities Del Shannon was singing about. 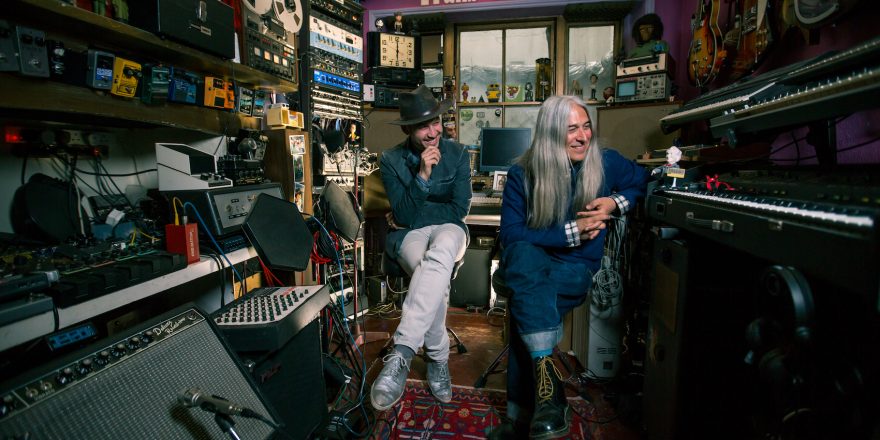