According to Grizzly Bear’s Chris Taylor, Cass McCombs is “one of our generation’s most important songwriters,” and, this week, he’s taking those talents to Anti as the newest addition to their roster. To celebrate McCombs’ signing, a passel of musicians from Angel Olsen to Jenny Lewis to Jim James shared their thoughts on their favorite McCombs songs with the Talkhouse. Plus, check out a playlist of those songs below.
— the editors of the Talkhouse Music

Hamilton Leithauser, the Walkmen: “County Line,” WIT’S END
I love this song. I went on tour with Cass and didn’t actually get to know him very well. When I got home, I remembered this funny joke he told me in Milwaukee about bagels at the airport and I bought one of his records. I liked it, so I bought another. “County Line” was on this record [2011’s WIT’S END]. It’s got a great calmness in the vibrato and melody.

Mike Gordon, Phish: “There Can Be Only One,” Big Wheel and Others
One of the most mesmerizing and evocative songs I’ve heard in a long time.

Angel Olsen: “Brighter!” Big Wheel and Others
I like to think of it as a song about selling out and how you lose your soul when you eat up all the candy the industry can offer.

Chris Taylor, Grizzly Bear: “I Went to the Hospital,” A
Cass McCombs is undeniably one of our generation’s most important songwriters.

Jess Wolfe, Lucius: “Dreams-Come-True-Girl,” Catacombs
A simply perfect melody evoking that simply perfect feeling. When I first heard this song I knew I couldn’t un-hear it. Cass is clear with the meaning in all of his songs and the melodies always hold that feeling, hand in hand. He makes it look so simple, felt so deeply, and makes you wish you wrote it.

Rostam Batmanglij, Vampire Weekend: “Bobby, King of Boys Town,” A
Cass has recorded songs since that showcase his voice or his lyrics more, but none float through a room quite like this one. People don’t make recordings that sound this free or loose anymore… and that’s a shame.

Erika Wennerstrom, Heartless Bastards: “Big Wheel,” Big Wheel and Others
Cass has such a knack for interesting, thoughtful words. It’s honest art. Like he says in this song he “sticks to his principles”… His songs actually make you think.

Jenny Lewis: “That’s That,” Dropping the Writ
I first heard “That’s That” in the basement of Max Fish in the LES. Cass was playing a show while a woman held her shirt above her head, exposing her breasts and swaying to the band less than two feet away from Cass’ mic stand. Her boyfriend snapped pictures of her with a professional camera as Cass sang with his eyes glued shut. Flash! Flash! I then shut my eyes in solidarity and let the tunes transport me elsewhere. “That’s That” struck me so effortlessly that night that I began covering it on my next tour. It found me, really. Just the tune that I needed to hear. With my eyes shut.

Scott Devendorf, the National: “Love Thine Enemy,” Humor Risk
I like how he turns the Biblical phrase on its head with his caveat “but hate their lack of sincerity.” Like: “Fine love them, but it’s OK to be annoyed by them.” He later adds: “That’s why after the quote I added: ‘sincerity.’” We had the pleasure of playing this song with Bob Weir a few years ago who lent it new dimension and gravitas. “Now nothing about my love could be called insincere!”

Eric Slick, Dr. Dog: “What Isn’t Nature,” A
This song is about as close as Cass will ever get to writing an anthem — except that it’s an anthem about “mosquitoes sucking blood” and “Porta-Potty hippies.” It’s a humorous, serious and wistful composition that also has an effervescent chorus. I don’t know too many people who write choruses like that, and only Cass could pose such a dichotomy. A true master.

Dave Hartley, War On Drugs: “Harmonia,” Catacombs
“Harmonia” came to me the way all important songs make their way into our lives: through the ears of a friend, at the exact moment it was meant to be discovered. The melody is an effortless gesture, eloquent and casual.

Brian Rosenworcel, Guster: “AIDS in Africa,” A
Who pulls off a lyric about AIDS in Africa?  I don’t know how he does it. The chord progression in this song feels like an endless kiddie ride at an amusement park. You just want it to go around and around forever.

Sondre Lerche: “You Saved My Life,” Catacombs
Cass is a modern American classic. An Avant-garde traditionalist, if you will. His Catacombs album was a really inspiring piece of work to me when it came out. Something else.

Jim James, My Morning Jacket: “Saturday Song,” WIT’S END
If it gets cold enough and the water freezes even and solid, I will hook up a team of horses to pull an old-fashioned gazebo on skates around the lake — with an old-style brass band playing and oil lamps and everything — and as we skate alongside the gazebo it will sound so fitting when they play this song and the light on the ice and snow and everything.

Blake Mills: “Memory’s Stain,” WIT’S END
Landing somewhere between Burt Bacharach and Ben Webster musically, “Memory’s Stain” has some of Cass’ most discrete and elegant singing and what might be my favorite lyrical statement of the last ten years.

Will Sheff, Okkervil River: “My Sister, My Spouse,” Catacombs
Cass McCombs songs are a perfect balance of a simple idea, a charming melody and some extra mystical presence that you can feel but can’t quite identify.

Taylor Goldsmith, Dawes: “Home on the Range,” Big Wheel and Others
This song is one of the most definitive examples of how Cass blends his beautiful compositional sensibilities with examples of his wise but piercing philosophy. No one is able to put such heavy words and melodies together quite like this.

Paul Collins, Beirut: “To Every Man His Chimera,” Humor Risk
Our greatest songwriter should also be recognized as our greatest band leader. At once beautiful and unnerving, “Chimera” is Cass in slow-motion.

Miles Michaud, Allah-Las: “I Cannot Lie,” A Folk Set Apart
I remember buying this single in high school and playing it over and over again until it was too scratched up from my cheap Califone stylus to keep going. Cass’ prolific recordings have undoubtedly influenced many artists in this city and elsewhere. 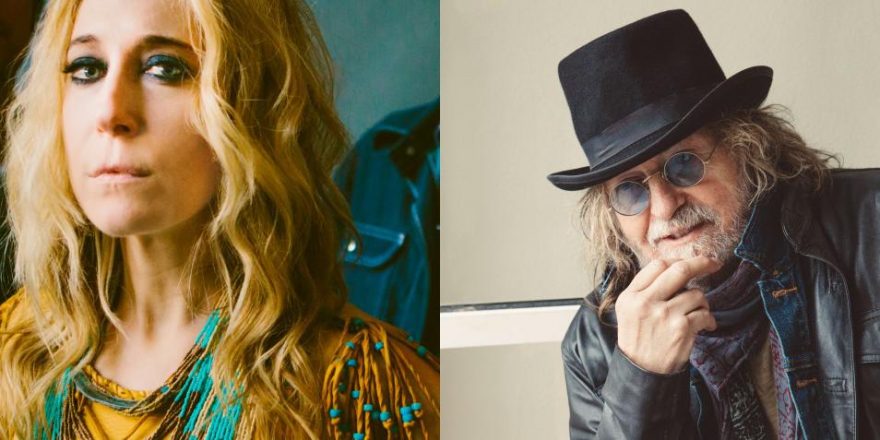