Adam Geringer-Dunn is the co-founder of Greenpoint Fish & Lobster Co., a sustainable seafood m­arket and café in his neighborhood, Greenpoint, that opened in the summer of 2014. Growing up in New Jersey, Adam has been a pescetarian for over a decade. Between family vacations to Cape Cod, MA and attending college in Maine, Adam discovered a passion for fresh, local seafood and developed a talent for cooking. As his passion for cooking intensified, as did his desire to eat the most sustainably harvested seafood.

Greenpoint Fish & Lobster Co. is the product of the passion and commitment of Adam and co-founder Vincent Milburn to providing high-quality domestic, wild caught, and sustainably sourced seafood to both retail and wholesale customers in New York City. The business currently encompasses a raw bar & restaurant, two seafood markets, a wholesale distribution and processing company, and a full-service catering division. Greenpoint Fish is one of the premier raw bars in NYC, and the wholesale division sells seafood to the top restaurants in Brooklyn & Manhattan

Over the summer, I was on Cape Cod at my parents’ house for a few days. I decided to go out on an early-morning fishing party boat in the nearby town of Dennis. It was as perfect a day on the water as there could be. About 30 novice and amateur anglers, two mates, and a captain streamed out of Sesuit Harbor through the fog into a glassy Cape Cod Bay aboard the Albatross, a boat I’ve fished on since I was five years old (although it had probably been 10 years since my last trip).

Within minutes of dropping anchor at the first fishing spot, the boat was full of the whizzing sounds of fishing line being spooled off reels. The catch of the day was yellowtail flounder, plus the occasional Atlantic (“Boston”) mackerel and sea robin. Before long, the mates on the boat struggled to find space to store everyone’s fish. Coolers overflowed with fish gasping and flailing inside plastic bags. After making several stops to different locations, the captain said it was time to head back to the dock. Amidst the thunderous engines and diesel fumes, the mates on board, both 16 years old and on summer break from high school, got to work filleting fish. They had their work cut out for them—some people would be taking home eight fish apiece.

Somehow, I’d managed to catch just one barely legal–sized flounder. When it came time for the mates to deal with it, I asked them if they could just “clean in” (descale and gut) it for me—I was hoping to grill it whole. The kid paused, looked at me, and said, “We don’t have a scaler on the boat.” He looked a little embarrassed, so I quickly told him not to worry about it and go about filleting it as he usually does; I didn’t want to make it awkward for him. I might have been the only person to ever request taking a whole fish home.

The middle-aged man next to me, who easily caught more fish than anyone else, asked the mates, “So, what should I do with all this fish?”

One responded, “I don’t know—you should probably ask the captain.”

The captain, an Irishman in his sixties with a thick white beard, came over and replied, “Just batter them in some flour and fry them in a pan.”

“What about the mackerel I caught?” the man asked.

“Just the same way, I guess. Coat it in flour and fry it in some oil and butter.”

My heart sank. It was astonishing and disheartening that, even when presented with the freshest imaginable fish, people are taught to just take home the fillets and discard the remaining 60 percent of the fish. Like other animals’ proteins, the bones add flavor when roasting fillets or whole fish. And unlike chicken or beef stocks, which can take upwards of four hours, fish stock takes less than an hour and transform soups and risottos.

As the owner of a seafood business, I get to see some incredibly fresh fish, but nothing beats seeing the flesh of a fish that’s been out of the water for less than an hour—it’s a thing of beauty. I couldn’t help but step in to suggest that fresh-off-the-boat mackerel is amazing when eaten raw—it’s prized on sushi menus as “saba.” It’s a very oily fish, so it would be a shame to fry it in more oil.

As people asked for suggestions about how to cook the fish they had just caught, it became strikingly clear that their plans for what to do with the fish once they returned to shore hadn’t been thought through, or possibly even considered. When cooking oily fish like mackerel, tuna, black cod, or salmon, it’s best to use methods where additional oil is not needed. Grilling, baking, steaming, and pan-frying are ideal, but shallow frying and deep-frying, less so. So much oil, both inside and out, can create a greasy and heavy dining experience when working with a protein generally prized for its lightness and delicacy. If I had been fortunate enough to catch a Boston mackerel, I would have grilled it over hardwood charcoal, since the flesh would keep moist while the skin got nicely charred and crispy. The delicate texture and flavor of flounder is easily overpowered by smoke, and is best simply roasted, pan-fried, or served raw, marinated with lime juice as a ceviche. That night, with my own flounder fillets, I made some incredible fish tacos.

There I was on Cape Cod, one of the great historic fishing regions of the world, catching some of the most pristine fish in the world, yet there was a total lack of knowledge about how to handle and prepare seafood. I was troubled that there was such a tremendous disconnect between the sport of fishing and being able to not just utilize and enjoy the fish as food, but even not to wasting it by throwing it in the trash once it was dead and on the boat. Something as simple as having recipe suggestion cards available for the different types of fish typically caught on the boat would go a long way, or, perhaps pamphlets on fish storage methods (both short-term in the fridge and long-term in the freezer) would help minimize waste.

This problem exists not only in home preparation of food, but the way it’s popularly eaten throughout the Cape. Many restaurants in tourist towns like Cape Cod predominantly serve endless piles of greasy fried seafood: “captain’s platters,” fish ’n’ chips, fried scallops, fried clams, and fried shrimp. More “health-conscious” people can opt to have the same items broiled (in butter, naturally). Furthermore, I’m convinced nearly all the seafood these shacks are serving is previously frozen and imported from Asia—I can’t think of the last time any shrimp was harvested off the coast of Massachusetts in any significant quantity.

Whether fishing or hunting, there is a massive cultural disconnect between how we look at food in our kitchens and how we use it as entertainment that I think would be useful to think about in the context of my Cape Cod experience. I have friends with young kids, who love to talk about the latest episode of Chopped or Chopped Junior. Cooking programs have become a fixture in homes throughout the country. One of the chefs at my restaurant, Greenpoint Fish & Lobster Co., recently appeared on (and won!) an episode of Chopped, and I was flooded with texts from friends and family who saw the episode—I had no idea anyone watched, but it is clearly a television event of some significance. Our chef, Julie, had the fortunate advantage of appearing on an episode titled “Clam Clash,” and won with dishes of fresh clam wontons and a roasted grouper collar—the latter is an amazing example of no-waste cooking utilizing parts of the fish typically destined for the garbage.

Outside of Chopped, other shows like Top Chef and Mind of a Chef feature fish prepared in many thoughtful ways that don’t involve deep-frying in hot oil. Every network is trying to get their hands on a great food show. I can only hope that if the ratings for television shows like Chopped and Top Chef are any indicator, there might be a way to entice, inspire, and encourage the average amateur angler to cook their catch. While TV is certainly a good place to start the conversation and inspire people to think about cooking, I feel there needs to be more hands-on experiences and opportunities to learn in person. Perhaps tour operators could offer packages that include both fishing AND cooking classes?

Here’s my little twist on a well-known proverb: Teach a person to fish and you entertain them for a day; teach a person to fish and how to cook that fish, and you feed them for a lifetime. If you are interested in more information and inspiration, the websites Hunter Gatherer Cook and Hunter Angler Gardener Cook are great resources focusing on closing the circle from hunting, fishing, or foraging all the way to the dinner plate. Why just watch great food being made when you can eat it, too?

Adam Geringer-Dunn is the co-founder of Greenpoint Fish & Lobster Co., a sustainable seafood m­arket and café in his neighborhood, Greenpoint, that opened in the summer of 2014. Growing up in New Jersey, Adam has been a pescetarian for over a decade. Between family vacations to Cape Cod, MA and attending college in Maine, Adam discovered a passion for fresh, local seafood and developed a talent for cooking. As his passion for cooking intensified, as did his desire to eat the most sustainably harvested seafood.

Greenpoint Fish & Lobster Co. is the product of the passion and commitment of Adam and co-founder Vincent Milburn to providing high-quality domestic, wild caught, and sustainably sourced seafood to both retail and wholesale customers in New York City. The business currently encompasses a raw bar & restaurant, two seafood markets, a wholesale distribution and processing company, and a full-service catering division. Greenpoint Fish is one of the premier raw bars in NYC, and the wholesale division sells seafood to the top restaurants in Brooklyn & Manhattan 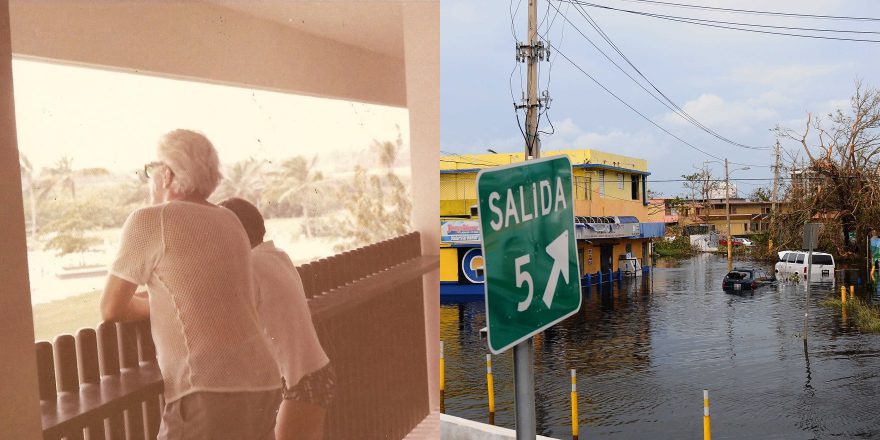