I’ve been thinking a lot lately about the implosion of the music industry. I think about the time when top albums were selling a million copies per week and albums put out by indie labels could move substantial enough numbers to justify the cost of recording and releasing them. Now, though, there is simply not the same money in music for smaller acts. A few titans can still get the sales and the press, but the rest of the industry failed to adapt to new technology. The result of this was that when it became the norm to consume new music through iTunes and other assorted digital means, the damage was already done and bands that could, at one time, sell just enough albums to make a living were now desperately hoping for fractions of pennies from Spotify streams.

However, though the music industry seems battered and broken, when one compares its metrics of success with those of film and television there is one crucial distinction that underlines a continued integrity: complete transparency regarding numbers. Only the music industry gives out gold and platinum rewards, or has adapted to the extent that streaming a video on YouTube now counts toward a release’s chart position. I also have learned that the number of plays on Spotify and other similar platforms impact “album” “sales” metrics, even though the terms are all but moot.

The question I find myself returning to time and time again lately is this: can you even imagine how jealous the music industry must be of film and television? Those industries adapted to digital media in a similar way and around the same time but had the foresight to decide at the outset that all metrics would remain secret. So, you can buy a new album on iTunes just as you can buy a newly released indie film that is largely or entirely bypassing theaters – but while Nielsen tracks sales for albums, the film’s numbers remain a complete mystery. Nobody knows if a movie or show on Netflix has been streamed 10 or 10 million times except Netflix, and they ain’t telling. The result of this is that one industry’s redrawn borders are shamefully obvious while another’s is largely kept secret, outside of the traditionally reported box-office numbers for theatrical releases, which are increasingly nothing to write home about.

So, in 2016, movies like Captain America: Civil War, Zootopia, Finding Dory and The Jungle Book (all billion-dollar hits released by, full disclosure, my employer Disney) are raking in money at record-breaking levels equivalent to weekly NSYNC album sales 15 years ago, meanwhile my friends and peers are desperately fighting for their life and exposure for their work, just like indie musicians. In this sense, it would seem that the film and television industry has a unique problem: things at the top are better than ever, almost entirely unaffected by the shifting paradigm of new media technology, but nearly everything beneath the top tier of studio blockbusters faces a struggle as great, if not greater, than the lower levels of the music industry. In other words, my cohorts and I are dead before the ship even sinks. When you are on the lower levels, you’re the first to get flooded.

One thing I obsess over is the extent to which the movies appearing on streaming platforms have had a chance to set themselves apart, to establish themselves as a movie you already want to watch. As most of those films have box-office numbers that fail to exceed $100,000, the odds are you haven’t heard of them, but that certainly does not mean that they are all bad films. When hardly any films get a fair shot at success, it stands to reason that there are plenty of good ones to find on streaming platforms, even if the titles are unfamiliar.

With this in mind, I recently watched a film on Amazon streaming, and paid $3.99, just as I would have had I picked it up off a new release shelf at a video store. It is called Hidden and is a very solid thriller with horror elements set largely in one location, mostly with just three actors. It seems to have not cost very much to produce and features well-known actors: Alexander Skarsgård and Andrea Riseborough. There isn’t much information online about Hidden: it seems to have been shot in 2012 and quietly released, without any film festival screenings and perhaps without playing in a single theater, in 2015. So what brings a viewer like myself to such a thoroughly unknown film? I wanted to watch Hidden because it is written and directed by Matt and Ross Duffer, the brother-creators of Netflix’s phenomenal series Stranger Things.

Evidently, three or so years before Stranger Things, the Duffers got their first big break directing a script of their own with an ostensibly decent budget. Obviously something went wrong, or else the film would have gotten distribution or at least found an audience at genre festivals such as Fantastic Fest. Regardless, Hidden is damn near great. It sets up intriguing mysteries with such ease and illusiveness that the myriad of reveals which tie it all together are at once innovative, unexpected, logical and satisfying. The premise is similar to 10 Cloverfield Lane: people are in a bunker and it isn’t clear what the event is which has made this situation necessary. 10 Cloverfield Lane went big with the reveal (giant aliens or something), but Hidden handles its final reveals (yes, plural) with such playfulness that had M. Night Shyamalan ended a movie this way in 2004, people would have said he’d done it again. There isn’t one of the film’s 84 minutes when I wasn’t genuinely unsure what was going on, however when I found out, it was both obvious and yet so deconstructed that I never would have guessed it.

Hidden slipped through every crack, it seems: it has two reviews on Rotten Tomatoes. If not for the euphoric reception to Stranger Things, it is entirely possible that nobody would be discovering this film now, or ever. I may be one of only a very few people who loved Stranger Things enough to go on the Duffers’ IMDb pages, look at what they had directed before the show, click on it, go to Amazon and add it to my watchlist; the film’s modest 400-ish ratings on Amazon would certainly seem to imply that. In a logical world, Netflix would have gotten the streaming rights to Hidden and aggressively promoted it in a category called “Recommended for You Because You Watched Stranger Things in 72 Hours and Gave It Five Stars.” This sort of curated promotional awareness is what we used to do when I worked at a video store and a customer returned a film and said they liked it. In a modern digital algorithmic world, such things are eminently possible but rarely seized upon.

Now, nobody except secretive film distributors will ever know if catalogue titles spike in popularity and if so, by how much. If a movie is at number three on the iTunes charts, nobody knows if that means it has been accessed by 500 or 5,000 customers. This is why I am always shocked and amazed when somebody tells me that they watched one of my movies on Netflix or Amazon; as far as I know and assume, precisely zero people are doing this on any given day.

After the digital revolution, the music industry collapsed, struggled, died and (sort of) restructured itself, and independent film is somewhere in the middle of a similar trajectory now. If it takes the monumental success of Stranger Things to even slightly move the needle on a film such as Hidden, then we must reconsider the metrics of success to come to terms with a new world in which transparency is a myth and there is no way to understand the extent to which films reach an audience. 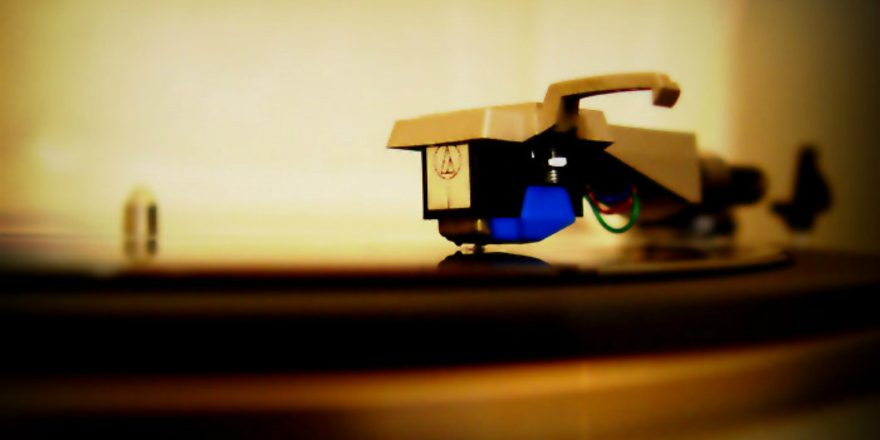 Waking Up from the Music Industry’s Complacency Nightmare