Steve Wynn is a solo artist as well as a founding member of the Dream Syndicate, Gutterball and the Baseball Project.  Read/listen more at www.stevewynn.net and his Facebook page.

I’m in a van with my bandmates in the Baseball Project, driving 200 miles to our next gig in Tampa, the fifth in a five-day run. Sleep is at a premium, meals are usually grabbed on the run, time to catch the myriad local sights is almost non-existent. We’ve each been doing this for well over a quarter century, certainly for most of our individual and collective lives. We’ve played arenas and stadiums, we’ve played for two people and a bartender in a small-town dive, we’ve sold millions of records between us, we’ve sold a dozen after the show. We’ll pick up and do this again next month and the month after that. It’s what we’ll do for the unforeseen future.

And we wouldn’t have it any other way.

But we’re drawn to the next gig, the next tour and the next town because we love music, we love each other and our other friends along the road, and because it’s an ongoing joy and artistic challenge. Because, well, because it’s what we do. Or, to cue Willie Nelson: “The life I love is making music with my friends.” All of that.

So, it’s easy when a non-musician ponders, “Another Rolling Stones tour? Why? Do they really need more money?” or “Why is Bob Dylan always on the road? Why doesn’t he just stay home and enjoy his life?” It’s easy to misunderstand the motivation.

And then there’s Ringo Starr.

Ringo was in the Beatles. The friggin’ Beatles! And yet he stays out there with his All-Starr band, juggling members, legends, three-hit wonders (the minimum requirement for membership in his band), faded luminaries, sepia-toned relics, forgotten fixtures of a particular age, lovers of music, and lifers still in the game. And now he has a new record, Postcards from Paradise.

Why? What’s the point? Well, as one who does this, maybe on a different level, but “this” nonetheless, I would speculate that it’s for the same reasons: the joy of the music, the camaraderie, the challenge of making a great record, the dogged determination of advancing age to show those youngsters how it’s done, to show that he’s still in the game.

And I hear all of those things on Postcards from Paradise. It’s a fun record, it’s confident, accomplished, breezy and easy. The word is that he told all of his friends, “If you’re in town, drop by the studio,” and that invitation was taken up by, among others, Todd Rundgren, Benmont Tench and Joe Walsh, with the latter’s signature lead guitar style livening up many of the tracks.

In the first years following the breakup of the Beatles, it was Ringo who had the most hits. And they were hits that still sound great today: “It Don’t Come Easy,” “Photograph,” “Back Off Boogaloo.” They were irresistible because they sounded fun and easy. While John, Paul and George were struggling over the heavier issues, Ringo was content to crank out the good times, songs that sounded good on the radio.

And that’s what you get here. “Rory and the Hurricanes” starts the record and is an absolute blast, one of Ringo’s best songs ever. The title is a reference to Ringo’s pre-Beatles band, and the tune is an autobiographical sketch of the artist as a young man, truly candid and honestly touching. The music harks back to that glam-meets-’50s style that was all the rage in, say, 1974. Bobby-sox meets spandex, ducktails filtered through Bryan Ferry or The Rocky Horror Picture Show. Nostalgic but modern, and quick to coyly suggest the band he joined after playing with Rory’s combo:

“Next time we came to London town,
We didn’t do much hanging around.
I was playing with you know who,
I played the drums like I always do.”

And that calling card, his membership in the most loved and revered band of all time, is laid out in an absolutely charming gimmick of a title track, a song that is almost entirely made up of titles of Beatles songs:

“I’m begging you don’t pass me by
And if you do, please tell me why
I know you told me yesterday
You’ve got to hide your love away
But if your heart is bad to me
It’s only love, I’ll let it be.”

The song has a loping, childlike cadence that wouldn’t have been out of place on one of Ringo’s earlier solo records. Yeah, it’s silly, yeah it’s slight, but you could say the same about the “No No Song,” right? What do you want from Ringo? “Working Class Hero?”

Nope, you’ve come to the wrong place if you want heaviness or emotional revelations. But it was the prerogative of ’70s rock stars to replace aching and longing with a jet-setting discovery of the music that went with Learjets and five-star hotels in vacation spots in sunny and exotic climates.

And Ringo’s new one has got a few of those. “Bridges” evokes a weekend trip to a Jamaican resort by way of the “Hotel California” (Joe Walsh rings loud and clear on this one) and “Island in the Sun” instructs us, “easy does it, make this moment last, don’t worry about the future, don’t forget about the past,” over an appropriately comforting steel drum. And then the jet is back on the runway for a trip to New Orleans for some second-line fun in “Bamboula,” a song written with Van Dyke Parks.

But in much the same way as his old bandmate Paul McCartney’s most recent record, the production is modern, natural and crisp. “You Bring the Party Down” could easily be a late-period Britpop hit that wouldn’t sound out of place with a Liam Gallagher or Damon Albarn vocal, sitars and congas included. OK, that’s not modern, exactly, but a relatively updated and believable juxtaposition of a ’60s legend with nods to the current century.

And it’s Ringo’s voice that makes so much of this work. Because it’s that voice! It’s Ringo. It’s “With a Little Help from My Friends,” it’s “Don’t Pass Me By.” It’s Ringo. Our buddy. And he’s having a good time, singing great, with an astoundingly well-preserved voice. You hear this record and you can hear the smiles, feel the hugs, and you can imagine the same Ringo of our memories from The Ed Sullivan Show nodding in the same happy-go-lucky way, content that he’s still in the game, still proud of what he’s doing, still living and loving the dream. And the way he conveys that joy, that satisfaction, that wide-eyed wonder of “this is what I do, this is still what I do,” even if it’s not enough to make you actually buy this record, is enough to make you understand why Ringo needed to make it.

Steve Wynn is a solo artist as well as a founding member of the Dream Syndicate, Gutterball and the Baseball Project.  Read/listen more at www.stevewynn.net and his Facebook page. 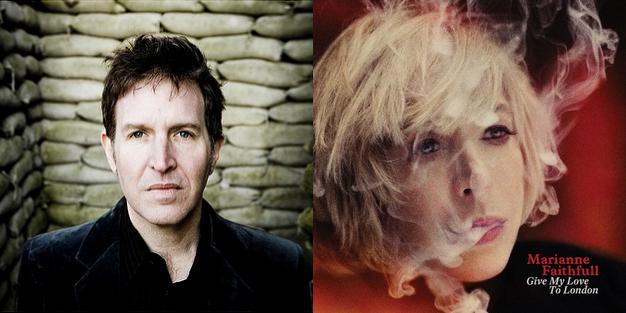