As just about anybody who follows popular music knows, the SXSW music festival happened last week in Austin, Texas. SXSW features thousands of musicians, but every year, a few become generally acknowledged standouts, and careers are made or kicked up a notch or two. This week, the Talkhouse is running pieces about some of the most celebrated bands of SXSW 2015.
— The editors of the Talkhouse

Neil Young is an out-of-touch motherfucker. This probably isn’t news to you, but if you watched him on the Colbert Report, you were probably reacquainted with that long-known but sometimes-forgotten reality. Neil Young, while being a pioneer, a badass, and the subject of one of Jimmy Fallon’s best impersonations, is kinda nuts.

He’s harmless in his love of eco-modded classic cars, his cluelessness about high-fidelity portable audio (see Pono), and his outspokenness about natural gas fracking (which, for the record, is really bad). But that’s exactly what makes his modern song of protest so hard to swallow as protest: it’s harmless. At another point in the country’s history, when late-night hosts were conservative and American youth were the restless, repressed victims of their nuclear families, to see a personality like Neil Young’s on TV would have been moving — and it was (I’m told). But now, on Colbert, when 400,000 people just rallied in New York in support of climate change legislation, and when Nobel Prize winners, the U.N. and just about every human with any sense wants an answer to climate change, Neil Young’s question, “Who’s gonna stand up?” strikes with very little immediacy and too much naive self-righteousness.

Run the Jewels is our antidote. They’re the gangster rappers who actually give a shit. They make enlightenment look cool, and make all the other guys who glamorize ignorance look like fuckboys. They are a modern face of protest and I’m A-OK with that.

“He hangin’ out the window, I hold the wheel/There’s one black, one white, we shoot to kill” (“Oh My Darling Don’t Cry”).

My first experience listening to Killer Mike and El-P was in 2012, when a friend of mine put Killer Mike’s El-P-produced R.A.P. Music on a year-end album list. I am a woefully uncultured little bung when it comes to rap and hip-hop. (To give you some idea: Run the Jewels sits next to the Rutles in my iTunes library.) I’ve heard a lot, but not enough; most of my knowledge about the genre comes via my little brother Sammy’s speakers, blasting Gang Starr and Geto Boys from his bedroom next door. But I’d at least heard enough in 2012 to recognize that the Mike & Jaime team was special. That record is fucking strident. And emotional (listen to “Don’t Die,” which is sort of reprised on Run the Jewels 2’s “Early”).

My brother and I marveled at songs like “Reagan,” because who else is rapping about their hatred of Ronald Reagan? Yeah, we thought maybe it’s a little insensitive to rap “I’m glad Reagan dead,” but then we also thought, Wow, we are some sensitive little nerds. My love for Mike n’ El was cemented upon hearing Killer Mike’s opinion of religion on their episode of “Over/Under” on Pitchfork:

“Why do you have to persecute and kill people and tell people they’re wrong just so you can wear a dress?”

Run the Jewels 2 delivers all the fury and conscience that made us love R.A.P. and the first Run the Jewels. On El’s end, it’s a little more earthly; where R.A.P. soared with alien-blurt synths, RTJ2 brings it in close with live drums, djembe samples, and IRL piano (played by none other than Diane Coffee, as well as the tragically deceased Isaiah “Ikey” Owens). Once again, it makes me happy that Mike has El to produce sans-bullshit beats for him. Listen to a few minutes of SiriusXM Hip-Hop Nation and then spin ya boys — it’s the difference between Cher and the Velvet Underground… or, uh, something like that. Mike’s voice would be powerful and exciting in any setting, but it is even more so when surrounded by El’s non-stock sounds.

And El raps, too! We knew it before but we see a little more of his face on this album, his brightest spotlight being “Lie, Cheat, Steal.” And boy, does Jaime like vaginas. I mean, nice; I like vaginas, too. But there are some pretty glaring “vagina” drops in El’s verses, mostly for the better (they’re really only glaring because everyone else says “pussy,” not “vagina”). The first one, on track one, seems very mildly sexist: “While other rappers are vaginas for the fame the jewels runners will always stay rude.” The others are hilarious: “I’m trained in vagina whisperin’” (“Close Your Eyes [And Count to Fuck]”), “I hunt lions, tigers, rare vaginas” (All Due Respect — that one made me laugh out loud). But they’re all redeemed by “Love Again.”

The most socially conscious song to ever have a chorus that goes “Dick in her mouth all day”? I think yes. This song is a Trojan Horse (no pun intended…) in that it’s got all the sick-nasty pussy talk that the kids love in rap, but when you read closely, it’s actually full of humility and stories of mutually respectful relationships: “You love my alpha arrogance” (Mike), “I won’t ever condescend, now spread yourself” (El). Then a blisteringly dirty verse from Gangsta Boo volleys back: “Sniffed my pussy like a rose, smokin’ on dro…” To the chorus: “He want this clit in his mouth all day.” Damn!!! Killer Mike told us he watched a Gloria Steinem documentary. Listen and weep (joyfully).

If the political identity of Run the Jewels has a problem, it’s the same one that Neil Young and every other overt musician-activist has had before them: abstraction of authority. It’s an inherent limitation of poetry itself more than anything of the artists’ actual doing; when you distill real-world issues involving real-world humans down into make-believe art, you’re bound to lose a lot of nuance in the process. The result is a body of lyrics that sound like they’re radical — the go-out-and-kill-cops, too-radical kind of radical — but which, I think, are still smart. (Killer Mike’s dad was a cop, after all.) The history in RTJ2 checks out. Their motive is sound: “See, this is for paupers and the prisoner, authors of the literature/Opposers to the holders of the swastika insigna” (“Blockbuster Night, Pt. 2”) — how can you disagree with that? The imagery might get a little grody, but it never falls into the realm of thoughtlessness. In any case, I’d rather be on Mike and El’s side than the ignorant white majority’s. 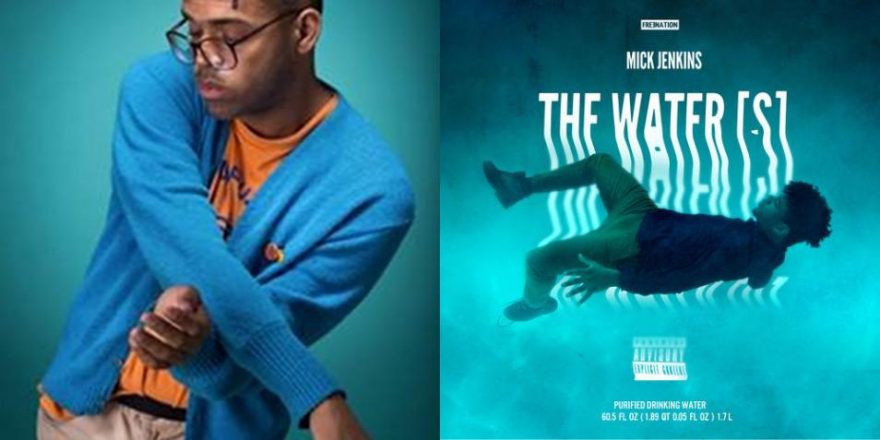