“Jeeeesus…” A spent-sounding utterance that most accurately pinpoints my lingering reaction to Alex Ross Perry’s powerful film Listen Up Philip. I said it out loud the moment the film ended. Both a heavy sigh of relief and a bothersome realization that while I was done with the film, it wasn’t done with me. I’d been given a ball of cords to untangle, forewarned that some of the cords belonged to the film and others were mine, and if I couldn’t tell the difference… I might be in trouble.

This film really drummed up the sludge in me. Surely due in part to the fact that I (like the titular character) write, and because I similarly feel as though I somehow managed to get my foot in the door and now struggle to keep it there, and because we both have photographer girlfriends who truly are our better halves… I feel like a guy who’s taken on the accent of the person with whom he’s speaking, but with a movie. That is to say, I’m feeling a little acidy right now. Grimy and disgruntled. Feelings that, ironically, are magnified when underscored by an easy-going Mister Rogers-heading-across-town vibraphone solo, as they are so effectively in the film.

I read a quote from writer-director Perry indicating that Listen Up Philip is not about writers. I think this primarily refers to a director’s necessary approach. Writers are also people, so it’s not a movie about writers; it’s a movie about people. Word. For me, however, this film is very much about writers. This is my point of entry, after all, and consequently it’s my reason for comparing myself to the unsavory Philip (Jason Schwartzman), a young, New York City-based novelist in the early stages of his career. I can accept that it’s in my nature to dig for aspects of a character’s personality with which I can empathize; in fact, for whatever ill-advised reason, the more disfigured the character the more important I deem the dig. But when you hit the sludge down at the bottom, it’s hard to remember why you committed to going so deep. And while I was knee-deep in Philip’s sludge, something dismal occurred to me. There is a super fine line between being a writer and becoming a sociopath.

I feel like that’s a hot word: sociopath. It’s loaded, right? I have to imagine all varieties of creative people, justly or otherwise, have been called sociopaths forever, but this was the first time the notion resonated with me. I began to think it’s possible the delineation between writer and sociopath may only come down to the individual’s application of scarily similar thought processes. A fiction writer constructs and manipulates on the page, while a sociopath does so with real people. Cross the line, or confuse your life with your work, and you run the risk of becoming Philip — a character who exemplifies the potential seamlessness of these two classifications.

I should say I don’t believe that this notion of seamlessness between writer and sociopath is the all-important message of the film. This is a tangent. This is my internal monologue. Also, I don’t believe all writers are inherently sociopaths, just as all sociopaths are not inherently criminal minds. Anyone who’s ever told a lie to get what they want is liable to be labeled one. In that regard, maybe it’s a tired or easy term. Still, it holds an array of implications, making it somewhat nebulous, and all the more frightening by virtue of that. When someone’s a murderer, you at least know what you’re dealing with… a murderer. But a sociopath? In what context? Are they dangerous?

Philip’s not a criminal, but he is dangerous. He deliberately hurts people’s feelings to lift himself up. He asks a doting young woman out for a drink so he can turn her down when she tries to kiss him, but only after he’s allowed the kiss to linger for an extended moment. He cancels a press tour on an attention-getting whim, and calls up an ex-girlfriend in hopes that she’ll ask him a bunch of questions about his newfound notability. He berates his girlfriend Ashley (Elisabeth Moss) for offering him financial support and alluding to his indifference, which is confirmed in the film’s expertly employed narration… The most astonishing thing is that, despite all this, I genuinely felt for Philip.

Here’s the thing. We know Philip’s intelligent. We know he longs for acceptance. But we can see he has absolutely no idea how to go about getting it in any sort of healthy or productive way. It doesn’t help that his middle finger is always up, even in the mirror. This is one fatally stubborn asshole. If they’re smart enough and brave enough, those near Philip who care about him will wash their hands of him, and move on in pursuit of happiness. Philip, however, is stuck with Philip. Or at least the idea of what “Philip” is supposed to be.

Most of Philip’s sociopathic behavior manifests itself in the way he’s strategized and plotted his life’s narrative. Philip always wanted to be a writer, so he’s become one. Even if that’s meant kowtowing to a malevolent anti-mentor, Ike Zimmerman (Jonathan Pryce), or vying to persuade a fellow writer of his Hemingway-esque virility by painlessly taking a punch. He’s always wanted a French girlfriend, so he ends up getting one. (Even if it means sliding his socks onto his hands and putting on an uncharacteristic puppet show to win her affection, like a doofus in a bad romantic comedy.) There’s no living in the moment for Philip. And as the film goes on, he has to work harder and harder to meet the expectations of his personal narrative. We squirm as he dilutes himself beyond any understanding of the harm he’s causing himself by not listening to his gut, and not going with the flow — a notion that takes some form of literal meaning in the film’s magnificent and infuriating final shot.

All of this serves to inspire a disconnect in Philip, one that tragically seems to signal the beginning of the end. This disconnect reaches a cathartic high when the narration that’s been present throughout the entire film (I imagined the assured voice of Eric Bogosian may be the voice Philip writes in), begins to talk over the other characters in conversation with Philip. As if he’s tuned out their actual words and intentions, and has already begun to replace them with his own more writerly version. As if he were attempting to piece together the novelization of his life before he’d even lived it.

There’s so much more to say about Perry’s film. There’s an entire conversation to be had about Sean Price Williams’ cinematography. Or the inspired and hilarious dust jackets for Ike Zimmerman’s novels by Teddy Blanks. There’s a conversation that should focus on the dynamic of Ike and Melanie (Krysten Ritter); their father-daughter scenes may somehow be the most tragic in the film. Last but certainly not least, there’s a conversation to be had regarding the process of healing that we witness, as experienced by Elisabeth Moss’s character, Ashley. This is something I’ve never seen on screen before. I’m increasingly in awe of this talent. Elisabeth Moss. Wow.

I don’t know how to end this and I’m out of celebratory adjectives. So, I just hope you’ll go see this film. It was difficult, but it should be part of the conversation for years to come. I thought it was incredible. 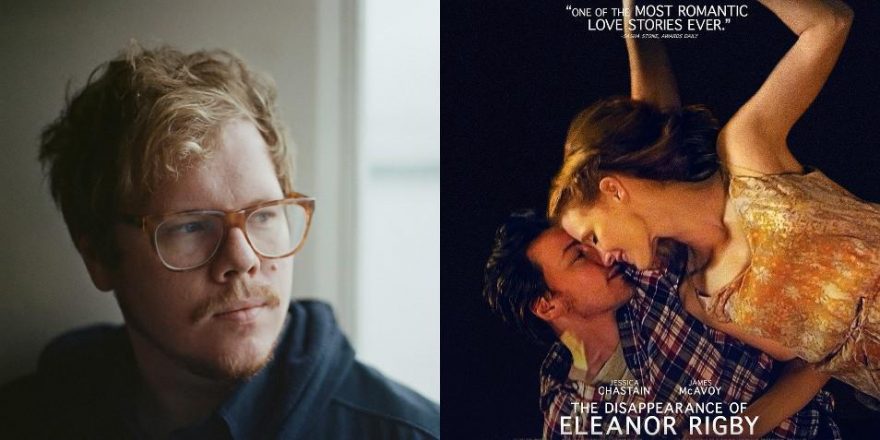