This past summer, on my way to Beverly Hills for a meeting with an agent, I realized my checking account was about to be overdrawn. The $21 Lyft I’d called from Angelino Heights was going to clean me out. I’d taken a leap of faith with this trip to Los Angeles, assuring myself I could write it off come tax season. But here I was staring down fare and fees I couldn’t afford today, like right now. Through my bank’s app, I transferred a small amount from my dwindling savings to get me by. Zooming past Saks Fifth Avenue, Barneys, and Equinox on Wilshire, I worried how I could afford the ride back. Before I even started this important meeting, I felt like a failure.

The past year of my life has held a constant dissonance between success on paper and a dismal material reality. My short True Blue had been well received on the festival circuit, propping open a little door toward possible representation, possible screenwriting assignments, and even possibly making a feature of my own. I tend to keep my expectations to the floor, but people with money and influence expressed their interest in what I was doing, and wanted to help me keep doing it. Momentum moved in my favor. I should have been happy.

At the same time, I’d never been less secure financially. While freelance life is always precarious, I entered the market at the tail end of the online video gold rush. Editing felt neatly adjacent to my directorial ambitions. But the more lucrative gigs I relied upon the previous year dried up, especially in the wake of Facebook’s admission that key video advertising metrics had been erroneously inflated. The “pivot to video” had begun to collapse, destroying a few key clients of mine in its wake.

A deep sense of unworthiness took root in my heart. While I worked multiple jobs just to cobble together a living, my peers made follow-up shorts, pilots, and even features.

I was so proud of them. But it was hard not to feel like a failure. It was hard not to feel like I’d done something wrong, or not done something right. That if I’d stayed out late at that one industry shindig, or if I’d been a little more aggressive in selling myself to that one guy at that one festival, my whole life could be different. Intellectually, I understood this desperation was ridiculous. But as lived experience, it was hard not to sense that perhaps I couldn’t hustle alongside the best of them. That I wasn’t cut out for this. That I just wasn’t the kind of person who deserved to make movies.

This isn’t to say my friends weren’t going through the same struggles I was — on the contrary, many of them sacrificed stability to pursue their opportunities — it’s just that it’s not prudent for any of us to divulge that information.

The market demands that we appear busy and grateful.

Since the 2008 financial crisis, young filmmakers have attempted to show that through new, readily available technology, a tiny story and a few eager friends, anybody could make a movie. The communal energy sprung from this development reinvigorated American independent cinema. But rather than remain outside a system that once eluded them, many who rose through the mumblecore ranks have ascended to mainstream success, leapfrogging past the opportunity to create a larger, sustainable version of the community they built, and choosing instead to pursue bigger projects. In turn, their idiosyncratic styles have become absorbed — and imitated — by Hollywood.

This is a failure of the independent film infrastructure—as artists, we have all internalized this bootstrapper mindset and become scabs in the process. American film culture is more vibrant having directors like Joe Swanberg, Sean Baker and newcomers like Trey Edward Shults and Jim Cummings contributing to it. But there are so many others who, for various societal and financial reasons, are unable to take their respectively heralded approaches to bum-rush the industry. Blowing one’s savings, risking poor credit, or even just working for free on feature length work is simply not an option for most people, especially people who aren’t white, cis and able-bodied. Assuming so is how the talent pool shrinks, how only a certain kind of person gets to make movies. There are so many whose voices are silenced before they even start. “Learn by doing” has only benefited those who can afford to. The rest of us are left feeling like failures.

Even with the network I’ve amassed, the goodwill I’ve received, and privilege I hold, I know I can’t afford to make a no-budget narrative feature. There’s no universe in which I could take the requisite two or three weeks off for production, max out some credit cards, squeeze every conceivable favor on cast, crew, equipment, locations, and food, to make something festival-ready. In lieu of doing so, I often wonder if I have a future in this industry at all.

Admitting this feels like a failure, some sort of taboo, or breaking kayfabe that many filmmakers hang onto as to not discourage the next generation, nor appear like a poor investment to those who hold the purse strings. The market demands that we appear busy and grateful. It tells us to be only thankful for any opportunities that come our way, and not question the forces that brought us to them, nor consider who was denied in the process.

I fault no one for making the circumstances of a deeply broken system work in their favor. But the reticence to acknowledge this brokenness fills me with despair. To shrug it off as “the way things are” is to be complicit in how our industry limits what stories we see, who tells them, and how they’re told. And the tendency for filmmakers to universalize their success, however well-intentioned, is insidious and naive. Those of us working in the indie space owe it to those on the outside to be transparent, both with them and also ourselves, about how we got here. It is never simply “hard work.”

Francis Ford Coppola has said one of his biggest regrets was that the New Hollywood filmmakers did not leave the following generation a healthier business that honored and materially improved conditions for all collaborators. Because of the sheer difficulty of mounting any production, it’s hard not to develop tunnel vision just to get the movie made, let alone negotiating more equitable deals. But in the single-minded pursuit of one’s dream, one can inadvertently replicate the oppressive conditions in which they are working outside of the studios to escape. And one can squander the opportunity to build stronger communities to fight against them.

It’s ultimately up to us to redefine what success looks like. If we eliminate the image of a successful filmmaker as some white male renegade auteur catapulting his career on the backs of unpaid college students, and replace it with something else that honors the collective experience of making movies, perhaps we can undo a lot of damage. Because making a film comes from a lot of work, but also a lot of workers, who make a million microdecisions that are delegated, outsourced, and not even touched by a director.

Watching these microdecisions come together, filled with verve and nervous energy, is when I’ve felt the best as a filmmaker. The chaotic creative drift among a dedicated cast and crew over a sustained period of time. Driving home from set blasting music and screaming together. Spending time at festivals, sharing praise and demystifying information. This is when it has felt the most worthwhile.

Harnessing this, a genuine sense of community, should be the goal of all indie directors and producers. To pursue sustainability over scalability. It’s up to us to demand new ways of organizing production, such as worker cooperatives, to protect our laborers and reimagine how films are funded, operated, and owned. It’s up to us to commit to inclusive hiring practices, not just in front of the camera, but behind the scenes too. And in a still heavily auteurist critical framework, it is our responsibility to advocate on behalf of our crews, and give credit where credit is due. Not just in private, but publicly, in interviews, on panels. And especially when it comes to drawing up the contracts. We should be as uncompromising with how we make our movies as we are with what’s in them.

Doing so will benefit everyone. It would help elevate and empower filmmakers of varying disciplines and crafts to self-sustain outside of traditional structures. It will add a sense of continuity to careers that so often feel piecemeal. It would alleviate pressure from burned-out producers who often shoulder the bulk of logistical and emotional weight. It will teach viewers how to watch a film differently, to better understand why certain decisions were made. And it will encourage others to be bolder in how they conceive of their filmmaking processes, which will, quite simply, lead to better, more interesting movies.

And then I want us to build something better, together.

American independent cinema
Chris Osborn
failure
film essay
True Blue
Revisited: The Importance of Bad Santa in the Wake of a Friend’s Death
Best of the 2010s: Craig Wedren’s Favorite Film of the Decade is Mandy 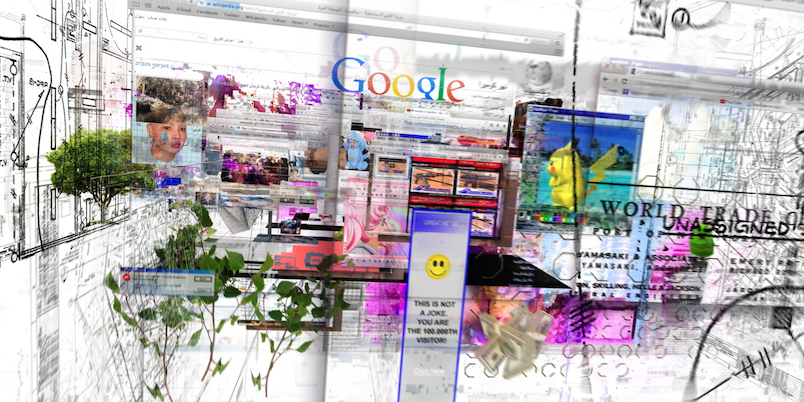 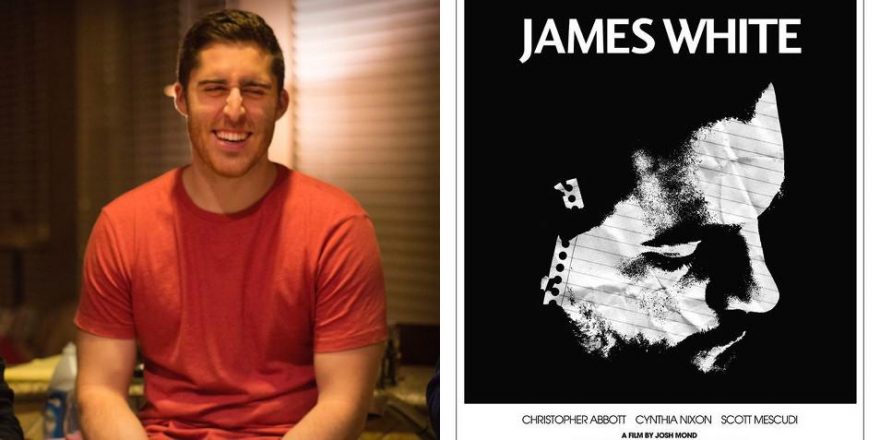