Roky Erickson made deeply psychedelic music, not on a theoretical level, but because he saw the world as such. I realized this when I, a California kid, drove through the open desert for the first time. The forest and the coast disappearing, the AC blasting. Nothing in every direction. And the 13th Floor Elevators sizzling from the stereo.

I first heard his band as part of the classic Nuggets boxed set from 1972. I connected with their garage-rock classic, “You’re Gonna Miss Me,” but one element seemed strange: a constant wub-wub-wub sound effect, courtesy of an electric jug. It felt kitschy and ornamental. Until I put myself in something like their geography.

Prior to working in music, I did all manner of things for money, including driving eight hours with my father to go work in a furniture showroom in Las Vegas. He was a voracious ‘60s rock fan. Tapped out of podcasts and books-on-tape in the middle of the Mojave Desert, I decided to lay the Elevators’ 1967 cult classic Easter Everywhere on him.

I’ve still never visited Texas, the band’s home state, but as the album wibble-wobbled to life in the rippling, 105-degree air, it all clicked. That’s why the jug is there. Everything’s wobblier in the heat. Their albums were full of drug references, but they weren’t playing “acid rock,” exactly. More than anything, they were playing their parched surroundings.

I had been digging deep into their music by then, and I noticed something peculiar. The band was heralded as the grandfathers of psychedelic rock, wild-eyed preachers of the benefits of LSD. This rockist lore didn’t really do it for me. Sure, Erickson was howling about third eyes, neon rays and leaving your body behind. But the more I researched, I realized why — and it wasn’t fun, exciting or titillating.

It came back to Tommy Hall, their jug player and bandleader. As part of their MO, he commanded that the band ingest handfuls of LSD, often on a daily basis. It quickly led to personal and professional collapse. The band ended after a few years. Most of its members ended up in addiction and squalor. Erickson got the worst of it. You can read about that anywhere; I’ll spare you the details.

I don’t condone or fetishize any of this. The Elevators were a terrific band, and I wish they had lasted for 50 years. But there’s something to be said about their determination, however ill-advised. They could write about the other side of the veil because they decided to actually go there. For better or worse, they were no phonies.

For all the drug-fueled chaos and lyrical jabberwocky, there was something innocent at their core. Their music rarely matches the bizarre lyrics; it sounds like Buddy Holly. They funneled their drug sermons through ordinary stuff: earthquakes, roller coasters, fire engines. It gave the band a touching, clumsy relatability. It made their more extreme messages — and the tragedy of their story — sound real.

All of this has spoiled me for other “psychedelic rock;” the lot of it sounds like it was made from a safe distance. Erickson was the real deal. And while I mourn with everyone else, an obscure Elevators recording keeps playing in my head, one that has nothing to do with contemplating the music of the spheres or the Seven Seals of Revelation.

It’s their cover of Buddy Holly’s “I’m Gonna Love You Too,” recorded in low-fidelity live in San Francisco in 1966. Besides that burbling electric jug there’s nothing psychedelic about it. A 19-year-old Erickson sounds impossibly sweet, yelping and hiccuping like his hero. The band is absolutely cooking. The lava-lamp, head-shop connotations: take ‘em or leave ‘em. There’s a big, beating heart underneath it all. He was just a great rock & roll singer. 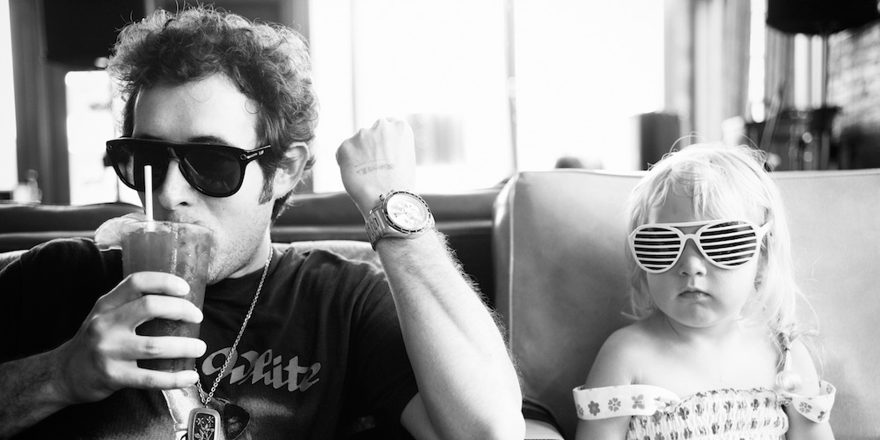