Sarah Sherman is a screenwriter and director whose first feature film, Young Hearts, was executive produced by Mark Duplass and Jay Duplass and debuted at the 2020 Slamdance Film Festival in Park City, Utah, under the name Thunderbolt in Mine Eye. The film also enjoyed showings at Seattle International Film Festival, Newport Beach Film Festival and Portland International Film Festival and is now out through Blue Fox Entertaiment. Sarah has previously acted in a TV pilot, titled Two Dogs, which she wrote and created opposite It’s Alway’s Sunny in Philadelphia’s Glenn Howerton, and she is a frequent collaborator of her brother, the actor Zachary Ray Sherman.

In the fall of 2018, my brother Zach and I embarked on a 15-day, guerilla-style film shoot to make a microbudget feature about teenagers falling in love for the first time. We shot in our hometown of Portland, Oregon, with actual teenagers (one of whom lived with me during production), a tiny skeleton crew and all the microbudget hijinks you can imagine. Four days after wrapping filming, we discovered that indie filmmakers extraordinaire/siblings! Jay Duplass and Mark Duplass had decided to executive produce our movie. Zach and I were astounded, overjoyed, floored. Our friends and family gushed with pride, and we were told (and told each other) that we’d done it! We hoped, more than anything, that this would be the moment in which “it” all changed and everything in life would finally feel easier for us.

The day we got that news, my partner was at work and I was on duty with our two kids. Following the shock and glee of the morning, I bundled my children (at the time, ages five months and two years) into the stroller for a walk. Within minutes, one kid was colicky, the other hungry (was I these things, too??) and I began to feel my first twinge of: How do these changes … change us?

We’ve realized that … they don’t! Success may award us more career opportunities, more power, more privilege (the societal significance of which can’t be overstated), but it doesn’t suddenly turn us into humans immune to anxiety, insecurity, depression or that secret yearning for still some “easier” path. As we’ve watched our friends be celebrated at top film festivals, gain awesome distribution deals, share screenshots of the ever-coveted Variety news story announcing their next project and the amazing actors attached, we’ve become highly aware of just how hard it is to reshape our ideas of the milestones we’ve been told will alter us.

Zach and I have (slowly) come to terms with the ways we’ve idolized fixed notions of success. We’ve also seen how we ourselves can perpetuate these ideas by using social media to highlight our achievements without always sharing the plethora of other human experiences at play. For example, while cheerfully promoting our film on social media, I have felt wildly ashamed of the one skewering review we’ve received, certain it makes me “bad” and that anyone who sees it will discover this deep-seated truth. (And the shame of telling you this!! To any well-meaning souls tempted to encourage self-confidence, I hope you’ll take a peek at the world around you to contemplate why many people socialized as women feel this extra pressure to be deemed “good” and likeable.)

Zach started spending less time on Instagram and noticed how much happier he became. I’ve begun channeling some of my anxiety at not being where I “should” in my career into anger at the systems that have convinced me that where I am is somehow wrong, and I’ve started to funnel that anger into my work. We’re not the first to observe that under capitalism, we tend to equate our self-worth with our productivity and that this obsession can be an utterly destructive loop. This is certainly only magnified for those who are marginalized and working to gain access to industries defined by grind culture — a concept rooted in colonialism and patriarchy — when gatekeepers have intentionally closed these spaces off to them.

My brother and I have begun to examine, as honestly as we can, what our work actually means to us. If our end goal isn’t some amalgamation of dollars, career advancement, acclaim, is it … that moment on set where he and I choreographed a theater scene and were screaming with laughter while the camera rolled? Is it making art that at the end of the day, we really love, and letting ourselves feel purely awesome in that? Is it the opportunity for him and me to constantly be strengthening our relationship by striving for clearer communication, a more developed sense of empathy, more kindness?

I’m not convinced we need an answer. We’re aware that the quest to find happiness in an industry that can be unrelenting is one much older than ourselves — also, that the desire to share with and seek validation from others is innately human. Undoubtedly, some creators don’t struggle with this at all. What does feel important is to (attempt to) expel the forces that assure us that career advancement should always equal personal fulfillment, and to reject the entities that preach that if we acquire a good job and “all the right things,” we should in turn acquire happiness (… and if we don’t, it’s our own damn fault!) In fact, it’s our belief that the mad dash of a life spent hustling to amass and achieve is what makes so many of us unhappy.

Over the past few years, Zach and I have discovered the delicious freedom that comes with getting honest about who we are, where we are, and the cruciality of inching toward what lights us up, makes us curious, and helps us quake with laughter. As we work to revitalize our day-to-days that involve raising children, cultivating land, being in relationships with others — and creativity! — we continue to aim for ease, but, finally, the kind from within. So much of the grind of pursuing art revolves around struggling and suffering, and we’re taught to wear that badge with honor. Our newest venture involves striving to find genuine joy in the process of creating (even when that feels hard), and recognizing that to do so is actually a well-placed assault on the systems that have caused us grief.

Our journey thus far has allowed us to work outside of the traditional movie system, i.e. make features on my block without permits and stumble into godly amazing mentors. We understand we may not always get so lucky, and that in the future we’ll likely be back to mercilessly pleading for funding anywhere we can find it. But in learning to slow down and value every step of the way, we hope that the next time “success” arrives, we’ll feel better-equipped to truly embrace it, rather than fret about what’s next. (’Cause what happens if there is no next!??)

We’ll be enjoying here ’til we find out.

Sarah Sherman is a screenwriter and director whose first feature film, Young Hearts, was executive produced by Mark Duplass and Jay Duplass and debuted at the 2020 Slamdance Film Festival in Park City, Utah, under the name Thunderbolt in Mine Eye. The film also enjoyed showings at Seattle International Film Festival, Newport Beach Film Festival and Portland International Film Festival and is now out through Blue Fox Entertaiment. Sarah has previously acted in a TV pilot, titled Two Dogs, which she wrote and created opposite It’s Alway’s Sunny in Philadelphia’s Glenn Howerton, and she is a frequent collaborator of her brother, the actor Zachary Ray Sherman. 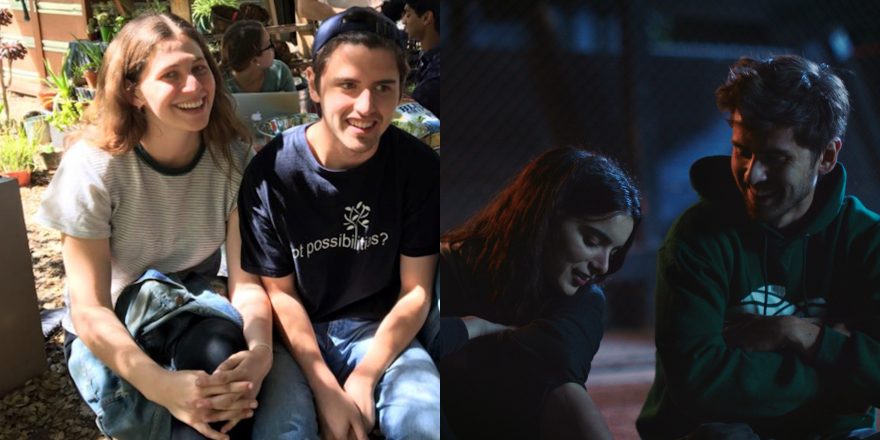 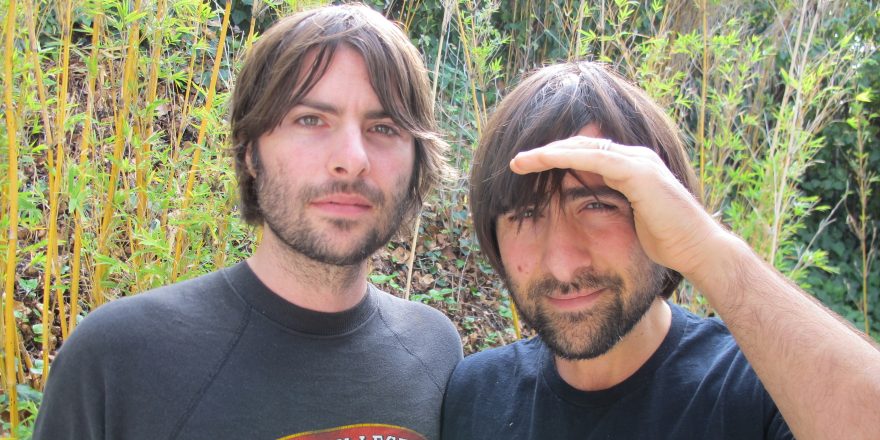