Nat Baldwin’s seventh solo album In the Hollows comes out via Western Vinyl on April 29th. It’s the following up to 2011’s critically acclaimed, commercially flopped People Changes. Nat is also known to slap the bass for Dirty Projectors and has recorded with Grizzly Bear, Department of Eagles, Vampire Weekend and Deer Tick, among others. He spends most of his time reading books and watching basketball, and currently resides in Kittery, Maine. His website is here, his Facebook page is here. In the Hollows is available at Western Vinyl (LP/CD) or iTunes (MP3). (Photo credit: Lindsay Metivier)

…I sit transfixed.  By the time the majestic opening chords of the last song fade, something inside me has permanently shifted.  Listening to this music is like being turned inside-out and finding the story of your life written on your inner organs.  It’s like having your blood leeched to remind you that you have blood. It’s like —

The tape ends.  I flip it over and play it again.  And again.  The singer sings with an inhuman urgency.  He tells his story running and you can almost hear the clips of hooves in pursuit… After a while, it’s hard to keep it all straight.

— from the novel Mira Corpora by Jeff Jackson

Once in a while a feeling hits us at the right time, knocks us flat, paralyzes the senses. We come to all jolted and emboldened in spirit with no doubt that whatever just hit us has inched us closer to that illimitable enigma we call truth. This feeling, for me, happens less and less with music. Most of what’s out there fits snugly into a cliquey club, sporting an identifiable sound easily digestible with minimal effort. People need something familiar to latch onto, don’t wanna have to think too hard. It’s easy to dismiss anything audacious enough to fall outside the prescribed patterns. Luckily, there are still people out there making music who give me hope, and Spencer Kingman is one of them. His new album Bad Blood, Good Blood is a killer, and one of my favorites in recent memory.

Full disclosure: I first heard Spencer’s music in 2004. I was immediately hooked. The simple combination of his high, elastic voice and haunting words left me with chills, totally transfixed. We soon recruited him to join Dirty Projectors and he did, for one tour, in 2006. The raw talent and energy he brought to the band was inspiring. I got to know him a bit, but he’s a mysterious character, often times spending all day in the van en route to the next town silently working on his lyrics, not even getting out to eat, subsisting on nothing but a raw onion. After that tour, he removed himself from the music scene he had been immersed in, and has since become a high school math teacher, thus furthering the mystery. He has a small number of fans, but the few in the know are as diehard as they come. For those of us waiting patiently for whatever he would do next, sometimes even wondering if he would do anything at all, the wait is finally over. His previous album came out back in 2006, and after listening to this new one, it sounds as though he needed all eight of those years to get it to this point, not because of the density and layers of the recording, but because of the masterful quality of the songs. Every word and every note seems to be in exactly the right place. He has made the long wait worth it.

Spencer’s music is terrifying. The terror hides beneath the surface of a quiet falsetto, acoustic strums, and adept finger-picks. Beautiful melodies cover up and contrast the lyrical dread and catastrophe, tricking us into thinking this music is something it is not. But beware; this is not for the background of an evening. It’s not for an unwinding moment, a smoothing of silences. This isn’t the typical singer-songwriter soothing you to sleep. “I’m rolling over with my tongues flared out/to shake the stubble off my fake-sick mouth/Scratch off love, you let your legs lay fat/I took a hot bath after the blood bath.” All this at a whisper, mellifluous and lilting. Many of the lines are spat forth in quick bursts, some of the more abstract dreamscapes lost at first listen. As each song unfolds, it becomes apparent that it requires, and deserves, our full attention. About halfway through the album, he somehow gets away with saying “Swing her surgeries around” as the chorus of a song, attached to a sweet, almost jubilant-sounding melody. It doesn’t all seem to make sense. But he makes it work. At least for me.

Most of the time, we listen to music either while doing something else or to alter our current mood.  Everyone’s got their go-to dinner-making music, their ass-shaking party mix, road-trip rockers, break-up sad songs, etc., etc. I love music that fits these specific categories, moments made true by sonic parallels, transforming life’s monotony into something exciting, or at least making it more bearable. But when I listen to Spencer’s music, I can’t imagine doing anything else. I’m not advocating that people only listen to music that affects them on the deepest level, but as the world’s pace quickens, and we are numbed closer to an inevitable age of idiocracy, I hope that music continues to give us the power, as the poet Dean Young put it, to “learn the unlearnable, experience the unexperienceable.” Spencer Kingman’s music may not have this affect on everybody, and my point isn’t to say that it should. I just hope that people ask themselves what music/musician does this for them, or if it ever has this power at all. There really isn’t much out there like Spencer’s music. But I am warning you to be prepared. You may have to carve out some time. You may have to stop everything else you’re doing. You may have to actually listen. And listen close. When was the last time you felt a music so powerful it demanded you to do that?

Nat Baldwin’s seventh solo album In the Hollows comes out via Western Vinyl on April 29th. It’s the following up to 2011’s critically acclaimed, commercially flopped People Changes. Nat is also known to slap the bass for Dirty Projectors and has recorded with Grizzly Bear, Department of Eagles, Vampire Weekend and Deer Tick, among others. He spends most of his time reading books and watching basketball, and currently resides in Kittery, Maine. His website is here, his Facebook page is here. In the Hollows is available at Western Vinyl (LP/CD) or iTunes (MP3). (Photo credit: Lindsay Metivier) 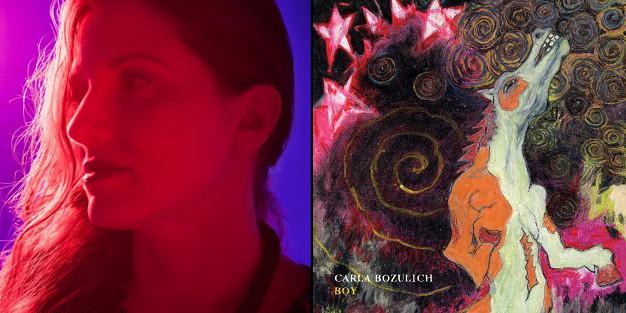