Todd Schramke is a filmmaker and musician originally from New Jersey, now based in Nashville. He directed, created, and executive produced the 2022 HBO docuseries The Anarchists. He is a co-owner of Bird Murmur, a production company he founded with his wife and collaborator Kim Kylland in 2019, through which they produce film, television, and branded content.

I grew up in a state of ambiguity, raised in an often unrecognized region locally referred to as “Central Jersey.” It is the place where, during my childhood in the ’90s, the suburban sprawls of Philadelphia and New York met to wipe out the few remaining farms that earned New Jersey its nickname “The Garden State.” Economically, my family was middle-middle class. Religiously, we were Catholic, but not great at it. The church had long since lost its way of beating and guilting the fear of God into children (as my parents experienced when they were kids), yet it never really replaced that tactic with anything else to hold onto young parishioners, like the evangelical pop/rock worship churches emerging at the time. I never knew the wrath nor the passion of Christianity, and like many of my Catholic peers, I was accidentally raised as an atheist.

Nonetheless, I was a pretty well-behaved kid, though my lack of a spiritual core led to a dark shadow of existential anxiety as I reached puberty. I had lots of friends, played sports and did well in elementary school, but when I was in eighth grade, most of the adults in my life thought I had fallen off my promising path into some sort of deep darkness. I grew my hair out. I quit my baseball and basketball teams. I lost my record of near-perfect grades since kindergarten and started getting Cs and Ds for the first time. From the outside, it looked like I was in serious danger.

Some of my teachers thought it had to be drugs, while my parents thought it was the influence of a new group of kids I had befriended. They all had it wrong. I had no interest in drugs, and neither did any of those friends (at least at that time). The new clique was just a reflection of the changes that were already happening within me. The reality was, I had found a new reason to live: my faith, my people, my ideology. It wasn’t a religion or a political movement I’d discovered, but something much more tangible and real. It was a subculture disguised as a music genre. It was punk rock.

There wasn’t a single point in which I was converted into a punk, largely because it was so baked into the pop culture of the late ’90s. Bands like Green Day and the Offspring were taking up just as much Top 40 airtime as any pop act of the era. To me, around age nine, it was just the fastest and most exciting music out there.

My brother, who was 13 years older than me, appreciated my inclination toward aggressive music and introduced me to some of his favorite punk bands, who never quite touched the mainstream prominence of their peers. He made mix CDs for me featuring bands like Pennywise, Fugazi and the Bouncing Souls.

My curiosity turned into devotion in the summer of 2003, when my brother and sister took me and my best friend, Tom, to the Vans Warped Tour as a gift for my 13th birthday. It was the first I’d heard of the infamous traveling punk-rock festival which helped launch the stardom of several bands from that era, like No Doubt and Blink 182. The experience would change me on a foundational level.

I did the best I could to dress appropriately for the festival, which took place on sandy, dilapidated fair grounds near the abandoned Asbury Park boardwalk. I wore a hand-drawn Suicide Machines T-shirt I found boxed away in my sister’s high-school mementos – even though I only knew one song from that band and the shirt draped halfway down my short legs. It was all I had that seemed like passable attire.

I was nervous as hell after looking up pictures on the internet of the tour from previous years. The piles of screaming adult-sized humans moshing and crowdsurfing seemed like it could potentially crush my tiny, late-blooming frame. My sister assured me I would be fine, and that if things got too intense, I could always watch from a distance. But deep down, I knew the danger and intensity was what had drawn me to this music in the first place.

While there was not a single moment that introduced me to my new faith, I’d say it was during Rancid’s set that I was baptized. The screaming adolescents and aging punk veterans were the choir, the deafening roars of a badly mixed P.A. were the church bells, and the collective sweat of thousands of members of this bizarre congregation were the holy water. I could barely breathe, I couldn’t see the stage at all, and the experience was fleeting. But, for the first time since I was born, I felt something resembling a spiritual awakening. This was my first true conception of freedom.

I don’t remember ever having a conversation about it, but Tom and I both knew after that experience we were going to start a punk band. He had been learning to play a drum kit for about a year, and around that time he convinced me to learn to play bass. We gathered some other disenchanted friends to play guitars and scream into microphones. A major attraction to the genre at that novice level was the low barrier to entry. The songs could be as simple as we wanted them to be, and our lack of musicality could be masked by speed and distortion. It was everything I needed at the time, and it helped me cope with my rapidly advancing social anxiety.

I not only gave myself to the music, but I wanted to know where it came from. I dove deeper and deeper into the scene, bought all of the CDs I could afford, watched the tour documentaries and read countless memoirs from the pioneers of the punk scene in the late ’70s and early ’80s. It became clear this social movement was greater than the art that came out of it. The chaotic tall tales of corrupted youth along with that simplicity and accessibility of the music allowed me to realize punk was more than just a genre. Studying the paths of my predecessors, I learned that we didn’t need to wait for permission or credentials to play shows or release records. So, through trial and error, we figured out how to record our songs and distribute our music. We made friends with other bands to organize and promote our concerts. It was the ultimate escape from the stagnation, boredom and depression I felt in high school.

While obsessively consuming punk culture between ages 13 and 16, I studied the politics of the scene. Strewn across the lyrics, the album art and the often over-extended banter between songs at shows, there was a message of rebellion, questioning authority and trusting your local community over large ruling establishments. It was anti-state, anti-corporation and anti-authority. And there was one label that stuck with me, only expressed by the most politically radical of the punks: anarchist.

In the context of punk music, “anarchy” was most famously exploited in the mainstream for its commercial shock value by the Sex Pistols, but most “real” punks scoffed at this usage. Since the genesis of the genre, many of the essential punk bands spoke of anarchy not as a synonym for chaos, but as a powerful intellectual theory. Reaching back to the 19th century labor rights movement, where the term “anarchism” first rose to global prominence, early punk bands like Crass, the Dead Kennedys and Black Flag took influence from anachronistic anarchist intellectuals like Peter Kropotkin and Emma Goldman to forge a related but more powerfully simplistic message for the youth of the 1980s.

But I didn’t grow up in the ’80s. It was the mid ’00s and the act of a punk band signing to a major label and becoming a successful symbol of capitalism was no longer even the slightest bit shocking. It was actually kind of trite. As much as I loved radical ideas, I loved the music more. If being an “anarchist” meant no longer supporting my favorite bands because they were getting popular, then I didn’t really care to participate in that puritanical aspect of the scene.

Looking back now, I think that could be why the phrase “anarcho-capitalism” caught my attention on an unconscious level when I was 18 years old and growing out of my punk phase. Even though it was only very distantly connected to the ideals of both punk rock and the classical anarchists, it seemed like a way I could embrace the responsibility of adulthood while holding onto the liberty of my youth, clinging onto those scorching, hopeful gasps of freedom I felt in my first Warped Tour mosh pit, as I was falling for my first ideology.

Though I don’t label myself as a punk or an anarchist, I appreciate what I learned in my explorations of those subcultures, and most importantly I value all of the people I met along the way. That, more than anything, is why in my new HBO docuseries, The Anarchists, we spend so much time looking at the individuals who were drawn to that movement rather than dissecting the philosophy. More profound than the esoteric ideals of the anarchist community was a quest for community and hope among a group of misfits, which is what allowed me to connect with these folks. It is a story I’ve lived in my own way. That is the reason the show is called The Anarchists, not Anarchy. It isn’t about ideology, but rather it is a story about a group of people. People who went to great lengths to find a new sense of freedom and community, a dream they all ultimately achieved, but in the most unexpected and sometimes tragic ways.

Todd Schramke is a filmmaker and musician originally from New Jersey, now based in Nashville. He directed, created, and executive produced the 2022 HBO docuseries The Anarchists. He is a co-owner of Bird Murmur, a production company he founded with his wife and collaborator Kim Kylland in 2019, through which they produce film, television, and branded content.

anarchy
film essay
Now Streaming
punk
The Anarchists
Todd Schramke
An Actor, a Helmsman, and My Brian: Boldly Going Where No Widow Has Gone Before
Three Great Things: Desi Lydic 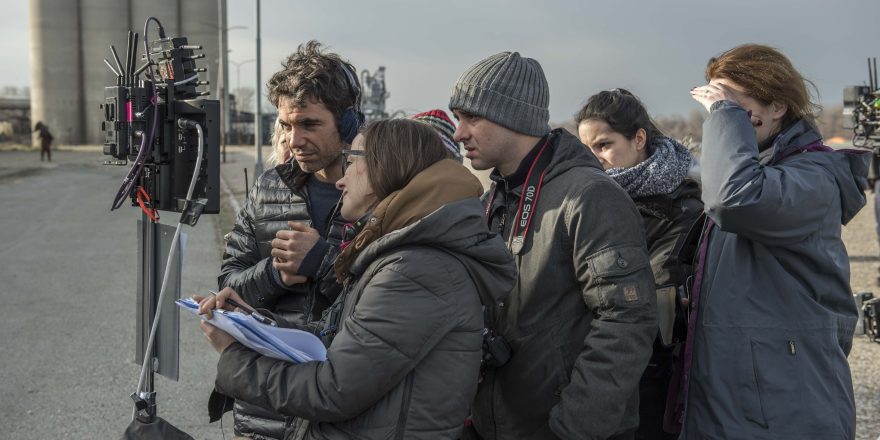 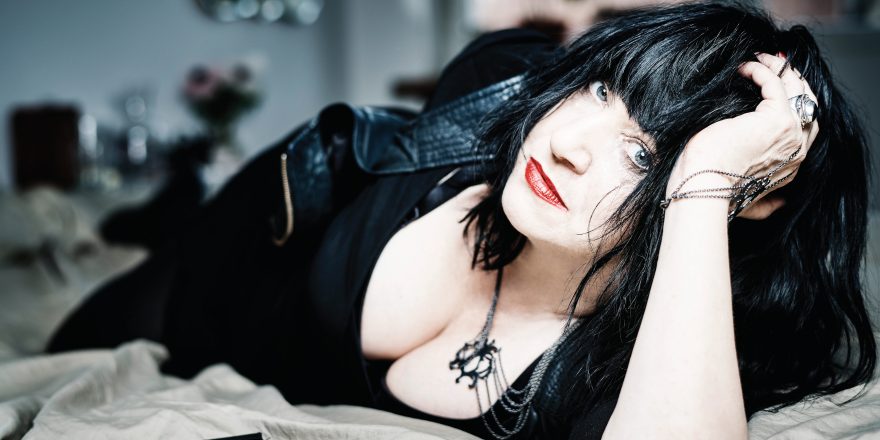 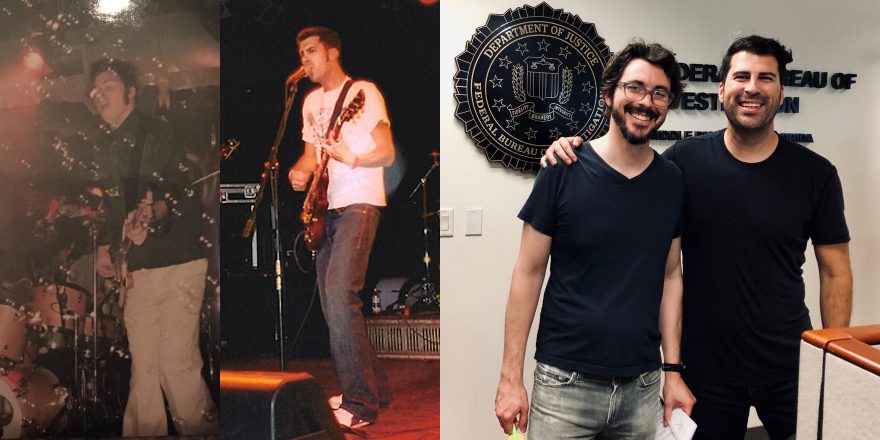 The Music of Collaboration